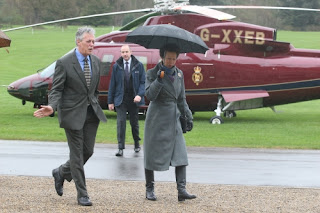 HRH Princess Anne visited Harewood today ahead of our new exhibition season… The Princess was greeted by Lord and Lady Harewood, Harewood Chief Executive Mike Schafer and Harewood House Staff. Presented with one of Harewood’s new roses, Rosa ‘Yorkshire Princess’ the Princess toured the exhibitions on the State Floor, ‘Royal Harewood: Celebrating the Life of the Yorkshire Princess‘, as well as our temporary exhibition in the Terrace Gallery ‘Marcus Adams: Royal Photogrpaher‘…

Celebrating the Life of The Yorkshire Princess

Harewood was home to HRH Princess Mary, The Princess Royal, through four decades. Her love of Yorkshire and the affection the people of Yorkshire felt for her in return mean that she will always be remembered as ‘The Yorkshire Princess’.

Princess Mary married Henry, 6th Earl of Harewood in 1922 and they moved into Harewood House in 1929. They were avid collectors and, with the generous help of the Heritage Lottery Fund, we will be displaying for the first time many of the things that were precious to her: personal items such as exquisite fans, gifts from heads of state, presents from her royal relations by the great designer Fabergé. These displays provide a glimpse into the life and loves of a very ‘Yorkshire Princess’.

In the Terrace Gallery a special collection of photographs taken by favourite royal photographer Marcus Adams, and generously lent by The Queen from The Royal Collection, capture with wonderful charm the young Princess Elizabeth, life as the new royal family, the pre-war years and then later a new generation of royals; Prince Charles and Princess Anne. Don’t miss the opportunity to see these striking, fun, informal and vibrant photographs.

Visit the House this season and round your visit off with a delicious cream tea in the Terrace Café! Marcus Adams exhibition open until Sunday 17 June, and Royal Harewood: Celebrating the Life of the Yorkshire Princess runs until 30 Sept.

The Horse at Harewood art exhibition 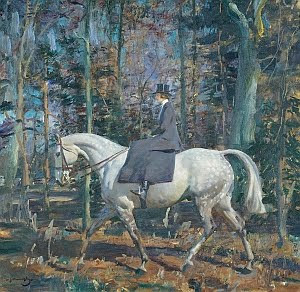 ‘The Horse at Harewood’ exhibition has been quite a journey of discovery for the curatorial team – although there have always been horses here, and we’re all aware of their role in the history of the Estate and the Lascelles family – we’ve never before placed such a focus on this area of Harewood’s history and the artworks arising from it. The works now on show in the Terrace Gallery were collected from all over the House, some had literally barely seen the light of day for decades, and most have never been seen publicly before. This posed quite a few challenges: some of the works needed conservation and most needed cleaning to remove varnish which has yellowed over the years. Most of all we needed to reconstruct the story of how and why these pictures, and the artists who painted them, came to be at Harewood. We know that the 6th Earl and HRH Princess Mary kept racehorses and even established a stud farm at Harewood, and of course we have photographs of some of their horses too. But there’s a lot of work to do to identify individual horses, reconstruct their racing successes, and piece together the commissioning of the horse portraits now in the Collection. This exhibition is really the start of something, an investigation into part of Harewood’s history, and it’s a rich and exciting area to be working in. We hope to revisit this theme with another exhibition in a few years’ time once we’ve pieced that story together, and had the necessary conservation work carried out, and we also intend to publish a book on the subject too.