The Himalayan Garden is sublime in June… 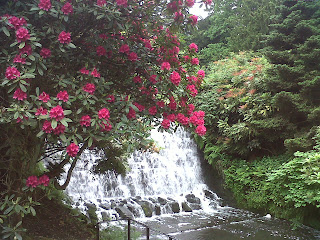 ‘Himalaya’, ‘The Abode of Snow’, the vast range of mountain peaks which arc across Central Asia, has an extraordinary diversity of flora.

Alan Titchmarsh, who opened the garden in May 2009, said “The Harewood Himalayan Garden is a hidden gem and second to none in the UK. Tell your friends!”

Harewood’s Himalayan Garden, a redevelopment of the ‘Rock Garden’ nurtured by Princess Mary and her husband the 6th Earl of Harewood in the 1930s, is this extraordinary world in miniature, a plant-hunter’s paradise.

With paths through a gorge and a bridge across the beck, this is somewhere for all garden-lovers to visit, with primulas, orchids, cobra lilies, blue poppies and more than 50 kinds of rhododendron.

It is also home to the Harewood Stupa, a Buddhist monument built in 2004 by monks from the Himalayan kingdom of Bhutan. The Stupa is the only one of its kind in the UK.

Enjoy the Gardens this Summer at Harewood…!

Read more and see videos about the Gardens on our website…

Strawberries on the way…!

In the strawberry patch in our Walled Garden there are absolutely loads of strawberries forming!

There are only a few flowers left to be pollinated, the rest have been and the fruits are now forming and gradually dropping under their own weight down onto the straw mulch as they swell.

We just need the sun to come out and ripen them, then you’ll be able to buy your own fresh punnet from our shop…mmm!

Blooming Borders in the Gardens at Harewood!

As well as our traditional ‘English’ cottage garden flowers, some of our more tender exotics, such as the lovely blue salvia patens (Gentian Sage) from Mexico and the ornamental onions from central Asia are to be seen in flower now too…

The borders are a must-see attraction at Harewood!

Read more about the Borders on our webpages…

Our group of Chusan palms are just coming into flower in the Archery Border. You most likely won’t have seen these palms anywhere else, nor would you necessarily associate palm trees coming into flower in Yorkshire! These flower here thanks to the southerly-facing aspect and sheltered location of the Archery Border below the Terrace, it’s a real sun-trap in Summer and a nice quiet spot for relaxing with a book…

The palms look fantastic in the Archery Border here at Harewood… 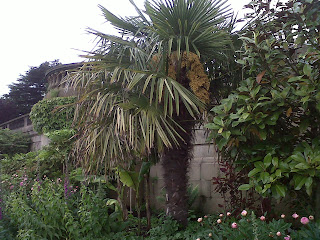 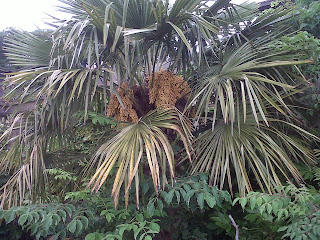 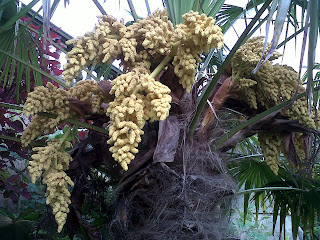 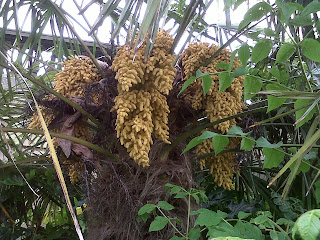 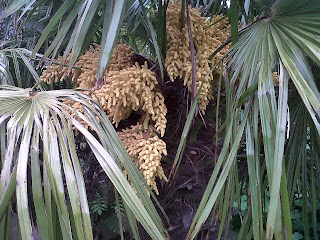 They were planted in the border about twelve years ago as part of the sub-tropical replanting scheme and have since grown to more than ten feet high. They are native to central China. Another name for them is the ‘Chinese Windmill Palm’. Their scientific name is Trachycarpus fortunei, they are named after the famous (and very interesting!) Victorian plant hunter, Robert Fortune, who discovered them growing on the island of Chusan near Shanghai.

Find out more about Robert Fortune on the Plant Explorers.Com website

Find out more about the Gardens at Harewood here…

Working on the Borders this Summer… 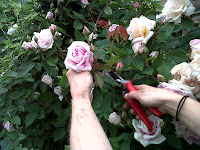 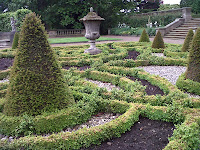 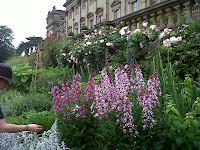 Flower borders in June with Ophelia Rose and Dictamus Fraxinella 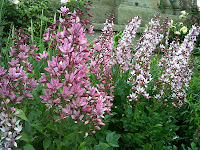 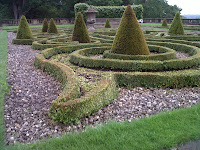 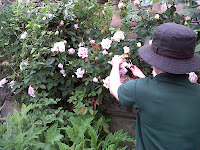 Clipping the roses in the Border 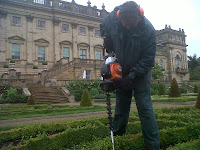 Cutting the Box hedging on the Terrace Parterre 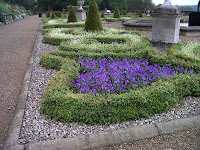 Spring bedding on the Terrace Parterre

Cutting the Parterre, trimming the Box Hedge, clipping the roses, planting the Spring bedding…it’s a busy time of year in the Gardens!

Find out more on our Gardens webpages…