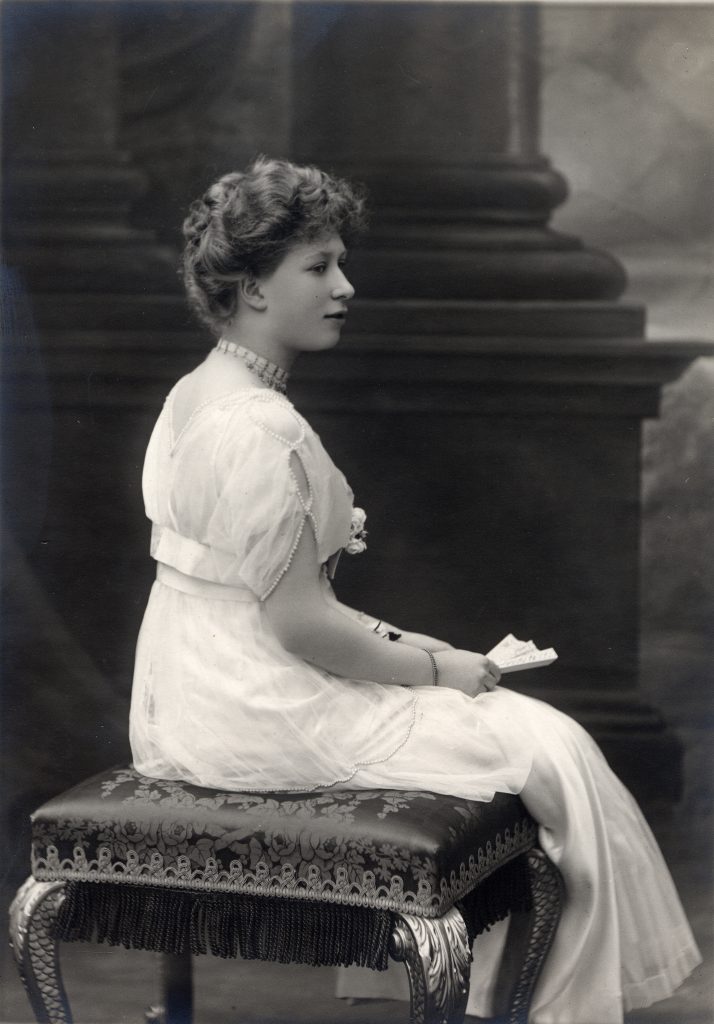 Princess Mary, 1914. This portrait of Princess Mary was included in every Christmas Gift Box sent to troops fighting for Britain in 1914.

We are happy to share that Harewood is introducing a brand-new tour exclusively for groups!

This tour will delve into Harewood’s royal connection through the story of HRH Princess Mary.  Learn about the fascinating life of the Princess, while you explore our magnificent State Floor.

Who was Princess Mary?

Princess Victoria Alexandra Alice Mary of York was born on the 25th of April 1897 at York Cottage located on the Royal Estate of Sandringham.

Princess Mary was the only daughter of six children born to the Duke and Duchess of York, later King George V and Queen Mary.

As part of her royal duties, Princess Mary was affiliated with many organisations throughout her life, including the Girl Guides and Great Ormond Street. She also held several honorary military positions, including Commandant-in-Chief of the Royal Scots and British Red Cross Detachments. During the Second World War, Princess Mary served with the British Army from 1941 as Controller- Commandant of the Auxiliary Territorial Service (later the Women’s Royal Army Corps).

Buckingham Palace announced the engagement of Princess Mary and Henry, Viscount Lascelles, eldest son of the 5th Earl of Harewood in November 1921, with The Royal wedding taking place on the 28th of February 1922.

Princess Mary and the 6th Earl moved into Harewood in 1930 and made a number of modernisations and improvements to both the House and Estate. Princess Mary lived at Harewood for more than 30 years.

Mary is still known today as ‘The Yorkshire Princess’.

Groups of 12 or more benefit from our reduced group rates. Groups also benefit from one free admission for the group organiser and coach driver.

Explore the marital home of ‘The Yorkshire Princess’ with one of our expert guides.

Find out more about our Guided Tours and Group Visits

Our friendly group bookings team can be reached at 0113 218 1000 or via email groups@harewood.org