Restoring the Terrace for years to come 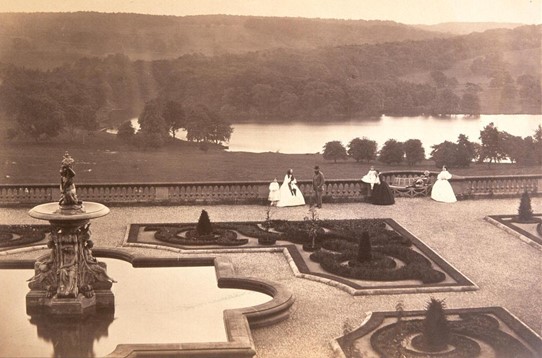 ‘You are often dealing with an element of the unknown … there may be structural issues that tell an important part of the Terrace story.’

Over the last year, visitors will have noticed barriers surrounding areas of the Terrace – this was due to the deterioration of the historic balustrade, which was no longer deemed safe for visitors.

Built in the 1840s by Sir Charles Barry, best known as the architect of the Houses of Parliament in London, the Italianate Terrace is the largest of his projects at Harewood, which also included major alterations and improvements to the house itself, all commissioned by Louisa, Third Countess of Harewood, whose portrait hangs in the Dining Room.

The work to repair the balustrade and ensure its safety  was stalled due to the pandemic, the closure of the site for three months and the subsequent loss of income. Following our reopening in the summer, as part of a joint application with four other Treasure Houses of England, we were delighted to receive a significant grant from Historic England as part of their Covid-19 Emergency Heritage at Risk Response Fund, meaning the work could begin again.

From November onwards, the Dobsons team have been working hard to restore the balustrade to its former glory. The main tasks included the strengthening and damp proofing of the undercroft rooms that sit below the Parterre, as well as replacing a number of the carved stone ‘bottles’ along the balustrade itself.

Work such as this is no simple task, and a team from Pearce Bottomley Architects were brought in as specialist conservation advisors on the South Terrace repair works, which involved reviewing the work carried out by the project team and providing specialist advice and recommendations.

“When working on historic buildings you are often dealing with an element of the unknown. There may be structural issues that are not apparent until the opening up works start or even hidden archaeology that can reveal itself throughout the project. During the opening up works on the South Terrace we discovered a lead lining to the brick vaults which was presumably installed by the Victorians to act as waterproof membrane. This is an unusual and unique technique which we felt told an important part of the Terrace story. Therefore the lead lining remained in situ and we carefully placed a new modern waterproof membrane on top to redirect the water which was leaching into the brick vaults.” 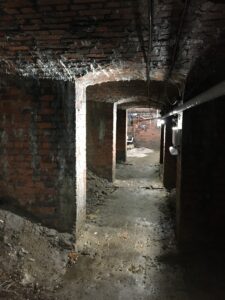 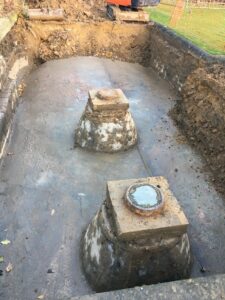 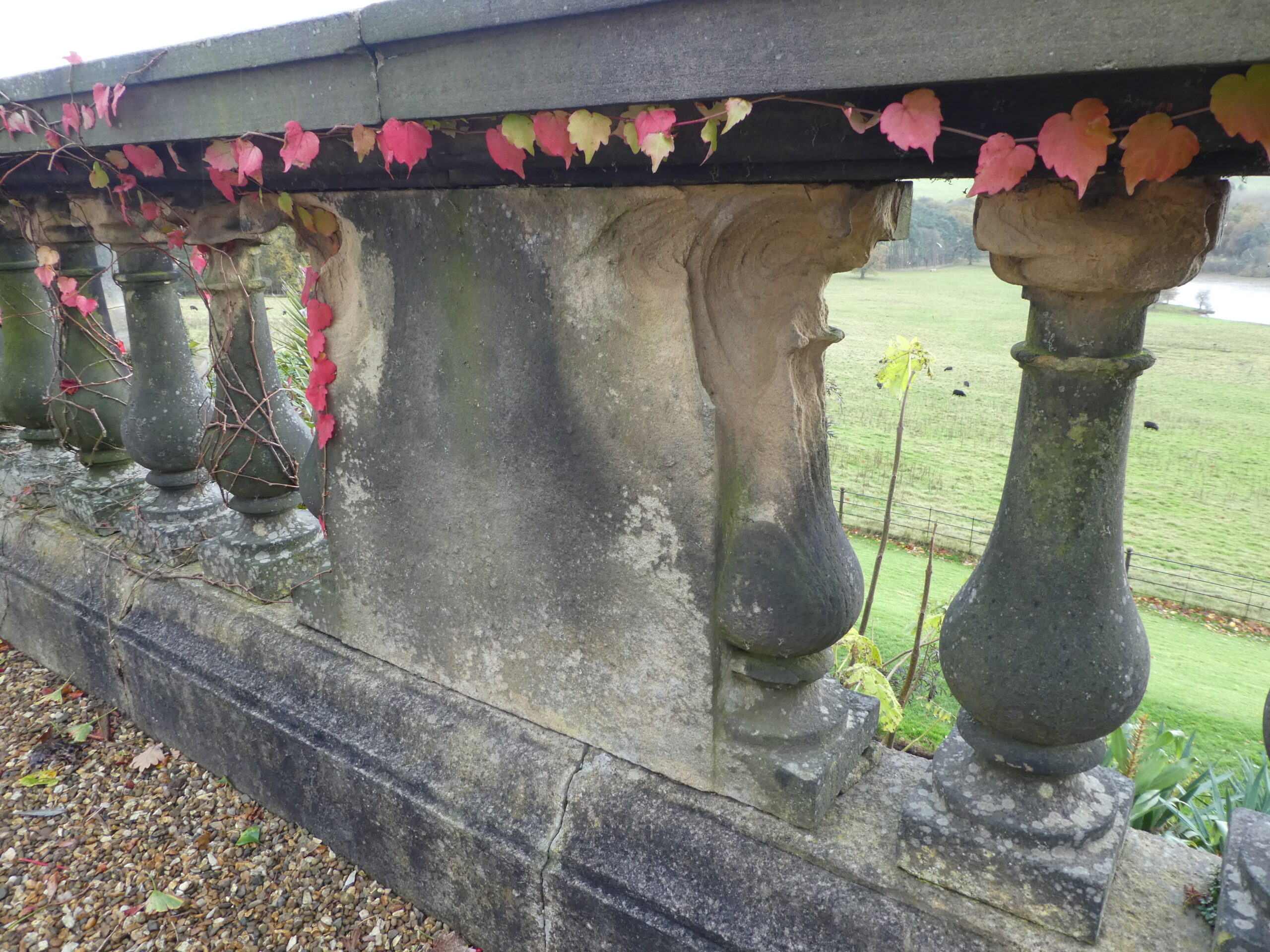 Some of the decayed bottles on the balustrade. Photo credit PB Architects.

Along the balustrade, several bottles needed to be replaced, ensuring the historical accuracy of the replaced bottles, whilst also ensuring their longevity. To do so, one of the existing stone bottles was carefully removed from the balustrade, taken to M&G stone workshops based in Keighley where it was used to create a template for the new ones. New stone, sourced from a local quarry at Leeming in Clitheroe, was selected due to its similar colouring and properties to the historic stone. When the work was being done, it became clear that there had been a number of replacements over the years, in different materials including some concrete bottles inserted in the 1960s.

Protecting it from the Yorkshire weather

The South Terrace is of course exposed to all sorts of Yorkshire weather, and as PBA explains, “’to ensure longevity it is important to consider the compatibility of materials, for example the lime mortar used must be more porous than the stone. The mortar acts as a sacrificial layer and draws moisture through it via capillary action so the stone remains as dry as possible. Water is the biggest enemy in terms of stone deterioration, so making sure the stone is protected by drip mouldings and repairing these if they are damaged to ensure water is directed away from the stonework’.”.

The work has now been completed and visitors can once again enjoy walking along the balustrade and taking in the stunning Capability Brown landscapes. Why not also see if you can spot which bottles are new on your next visit ? 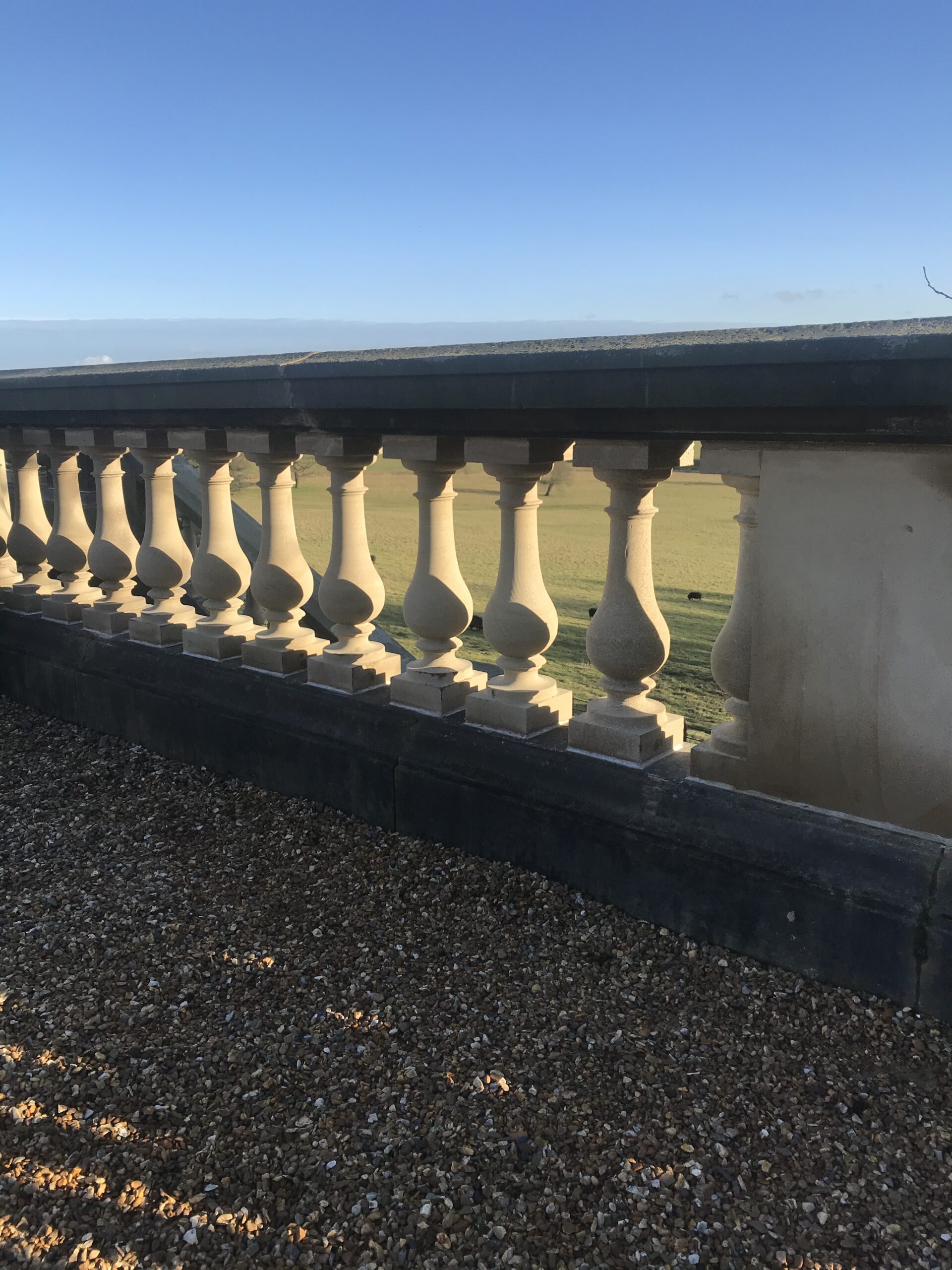 Special thanks to Pearce Bottomley Architects for their work and contribution to this blog and Dobsons Construction Ltd for undertaking the restoration work. 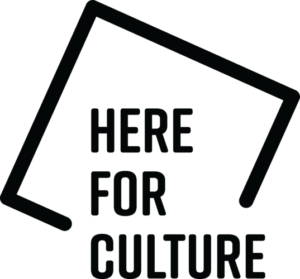