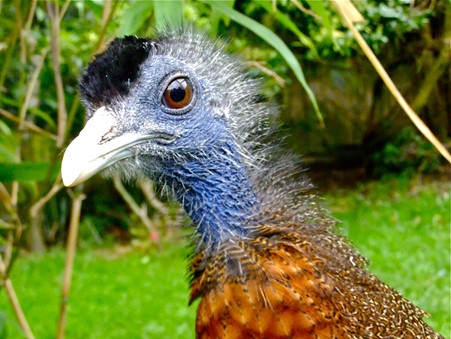 In the Bird Garden the themes of climate change and habitat destruction are daily topics of discussion. Whether it’s on signage, in public talks or just between the team chatting about how we can make our daily practices more sustainable. Whatever the context, it is clear that many of our bird species are affected badly by these global issues, and we need to think about how we can help.

The primary way in which we try to help species is by participating in global breeding programmes, which cooperate with other collections and conservation efforts to protect and breed bird species.

A bird that particularly needs our help is the critically endangered Vietnam pheasant (Lophura edwardsi), which has not been sighted in the wild since 2011. They are native to a habitat of primary forest which has been destroyed due to logging, agriculture, and chemical use during the Vietnam war. At Harewood we house two breeding pairs of Vietnam pheasant, which we encourage to parent rear their own chicks. This is to support World Pheasant Associations (WPA) programme to reintroduce captive bred parent reared pheasants to their native Vietnam. Whilst this programme is being set up, we are helping by providing information to the WPA about the roosting and breeding habits of the pheasant in captivity so they can ensure that release sites are suitable for the bird’s needs.

“The male has a loud booming call to mark his territory and has been known to bring the filming of Emmerdale to a halt in previous years. However, this charismatic species is suffering a population decline due to the deforestation of primary forest, which has seen their habitat shrink by 16.4% over the past 16 years.”

Pheasant species can be particularly affected by habitat destruction and four of the breeding programmes we participate in focus on pheasant species. The Palawan -peacock pheasant (Polyplectron napoleonis) and the Great argus pheasant (Argusianus argus) are both in population decline due to logging and deforestation of their habitat. The Great argus pheasant was featured in the latest David Attenborough series ‘The Mating Game’ on BBC1 showcasing its spectacular mating display, which we have been lucky enough to witness first-hand in the bird garden. The male has a loud booming call to mark his territory and has been known to bring the filming of Emmerdale to a halt in previous years. However, this charismatic species is suffering a population decline due to the deforestation of primary forest, which has seen their habitat shrink by 16.4% over the past 16 years. Research attributed this habitat loss to palm oil plantations and industrial logging especially in Borneo and Sumatra. Images of this habitat destruction are usually shown in relation to the Orangutan and the Argus pheasant is one of the many species also affected by that same process. This year saw our female lay her first clutch of eggs so we are hopefully that next year will bring chicks. 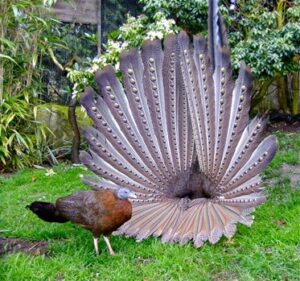 “Lack of suitable nesting sites and the fact that Palm cockatoo only lay one egg per clutch means that on average each pair only rears one chick every 10 years.”

Breeding programmes can help those birds who are not yet endangered but whose population is declining rapidly due to climate change and habitat destruction. The Palm cockatoo (Probosciger aterrimus), one our flagship species in the bird garden, is facing calls to be reclassified as endangered after research in Australia projected a 50% decline in its population over the next 50 years. This is attributed to habitat destruction due to logging, mining, agriculture, and the increasing occurrences of forest fires associated with climate change. Lack of suitable nesting sites and the fact that Palm cockatoo only lay one egg per clutch means that on average each pair only rears one chick every 10 years. At Harewood we have been keeping and breeding Palm cockatoos for almost 30 years. We are very lucky that our pair rear their own young and are one of the few (if not the only) zoological collections within the breeding programme to do this. So far, we have sent cockatoos around Europe to form new pairs. As with the Vietnam pheasant we are currently contributing information to the captive breeding programme to help identify the best practice for breeding the Palm Cockatoo, which will go on to instruct other collections. 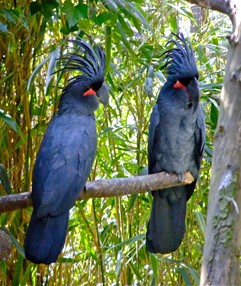 Even our beloved Humboldt penguin (Spheniscus humboldti) is suffering from the effects of climate change due to warming of the ocean current which it relies on for its food. The Humboldt current which runs along the penguin’s range is replaced by a warm current during El Nino years, which in turn causes a failure of nutrients to support life in the ocean. During these years all species in this range suffer and the penguins, who are unable to find enough food, have poor breeding results and high mortality causing a population decrease. It is not all bad news as corresponding La Nina years see the cold current restored with bountiful food and breeding results. It is hoped that climate change action and legislation can prevent El Nino years becoming more common. 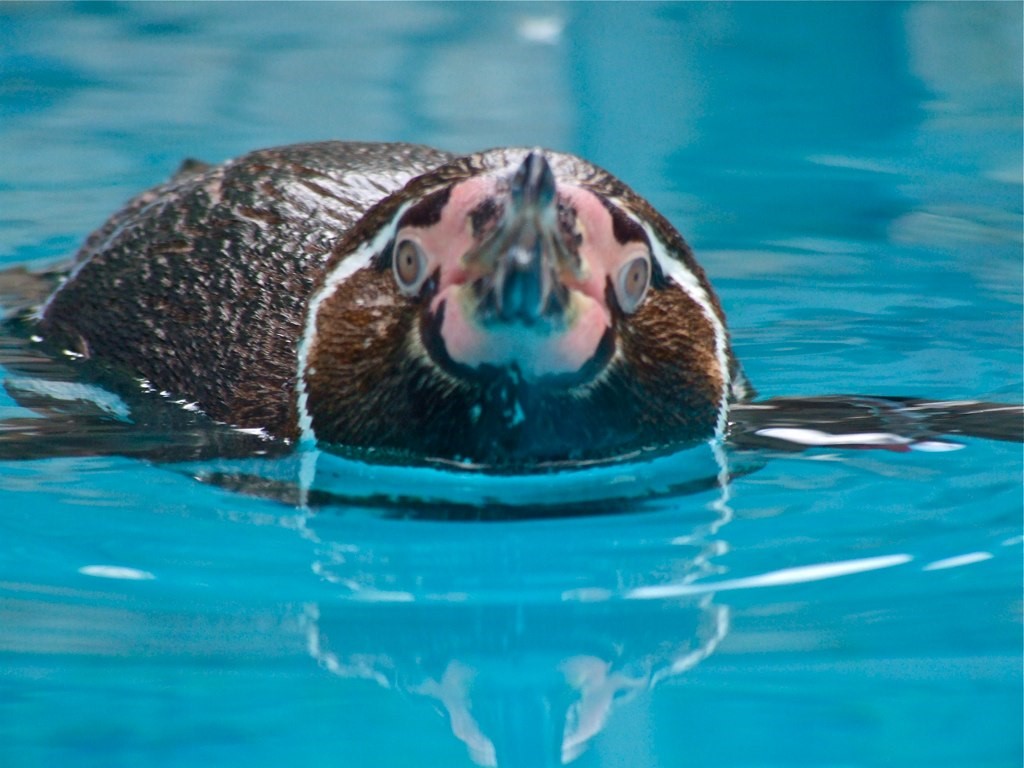 During COP26 we hope that world leaders will discuss and support actions which will help stop climate change and habitat destruction, to protect the bird species that we care for and love.

If you are interested in finding out more about our birds:

BBC One – The Mating Game, Series 1, Jungles: In the Thick of It