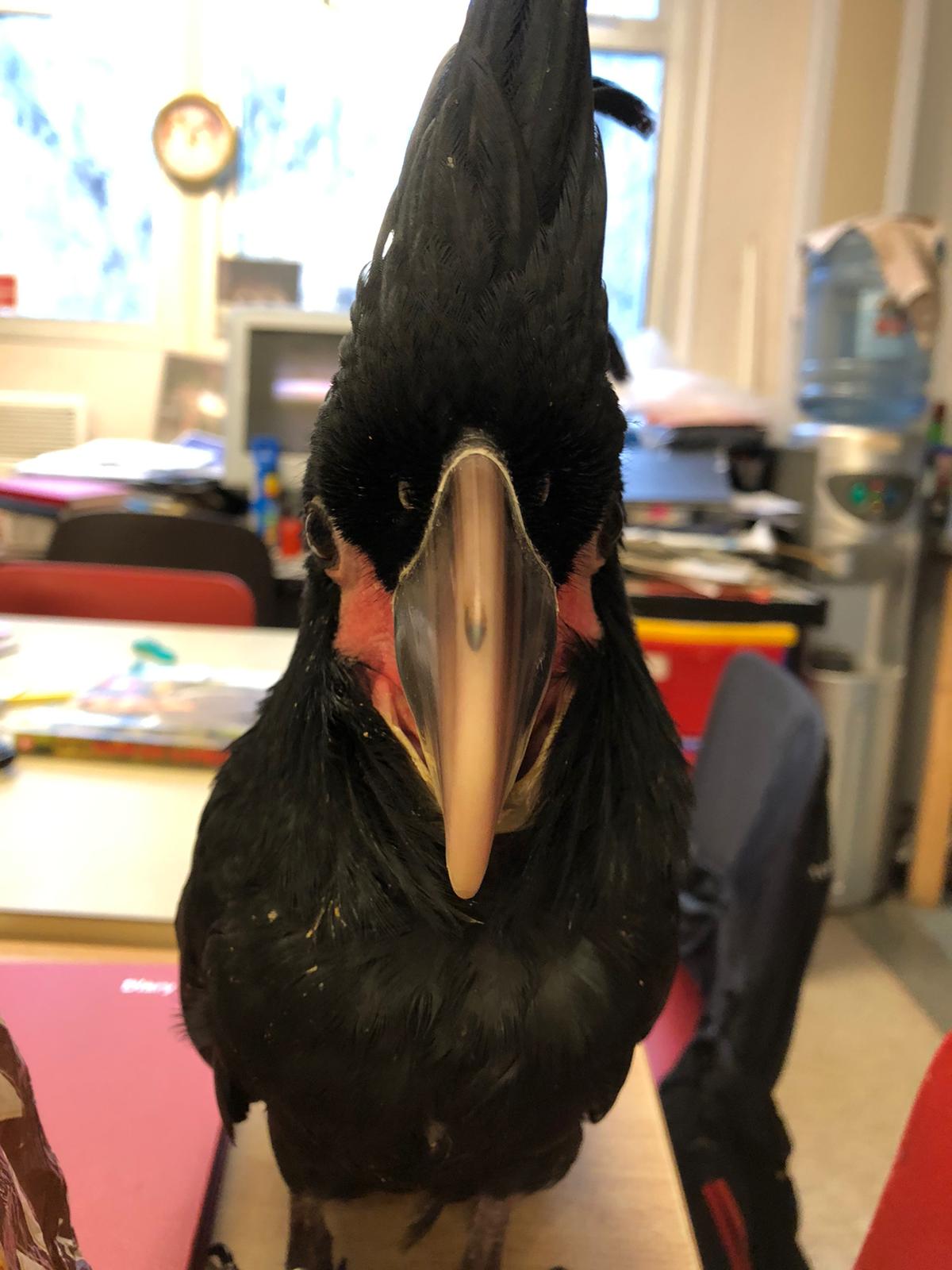 Igor’s beak was slightly off-centre. Since parrots’ beaks continue to grow throughout their lifetime, they usually wear them down either by chewing on branches or hard items such as nut shells, or by rubbing the lower mandible against the upper mandible which makes a rasping noise (which makes Nick, our Bird Garden Manager, cringe)! Because Igor’s beak was not straight, it ran the risk of not wearing down evenly: sadly an overgrown or mis-aligned beak can cause problems for parrots as it hinders their ability to feed themselves or their chicks properly. They may also have issues climbing and moving about naturally.

In order to give Igor the best chance in life, the vet was recently called out and fortunately (for Igor !), his beak was not severe enough to need a brace. Instead, the vet carried out a beak trimming procedure; an operation requiring anaesthetic. We are very much hoping that since he is a young bird who is still growing, this minor beak trim will allow the beak to correct itself and straighten out. If these problems are caught early enough they can usually be relatively easy to solve. In the picture above he is showing off his newly trimmed beak.

Operations such as these go hand-in-hand with caring for living collections such as those found at Harewood. Our annual vets bills are in excess of £15,000, that’s around 400 Individual memberships every year.

Igor is the first palm cockatoo to be hand raised at Harewood. We removed him from the nest at seven days old, as chicks have not recently been surviving with their parents during the last couple of breeding seasons. After four months of hand feeding the chick, he is now fledged (able to fly)  and almost fully weaned onto his adult diet. He will go on to play an important role in European breeding programme for this increasingly threatened species.