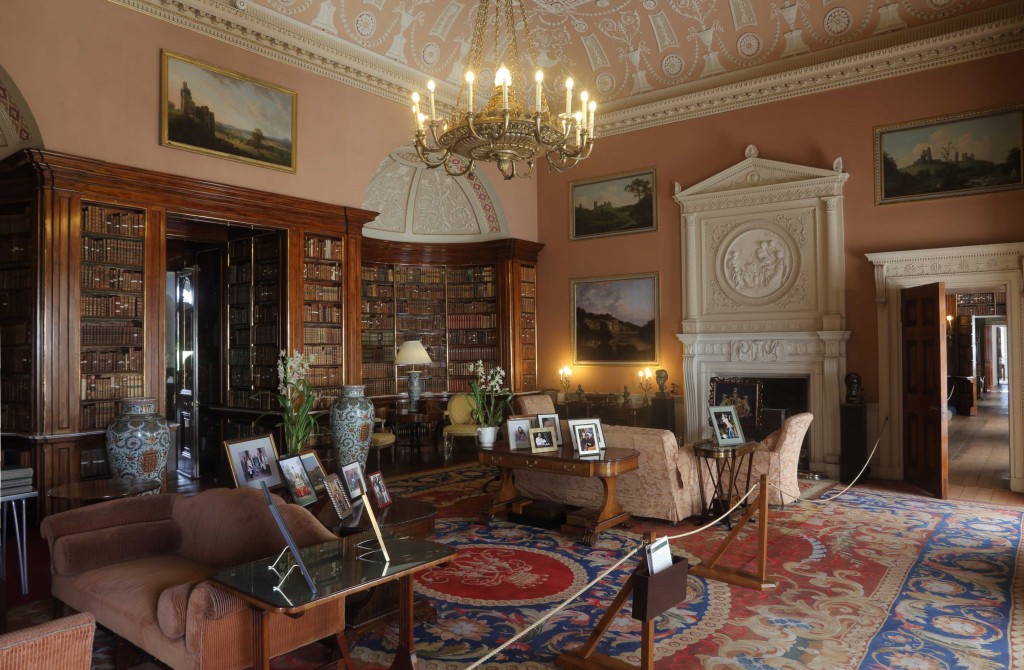 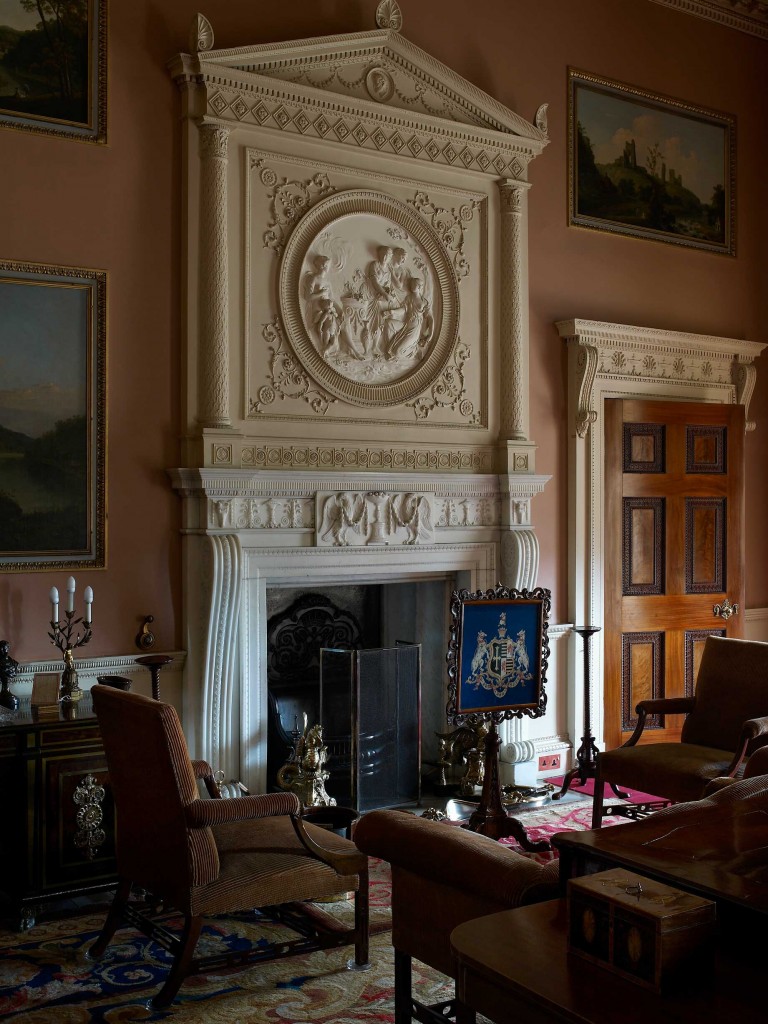 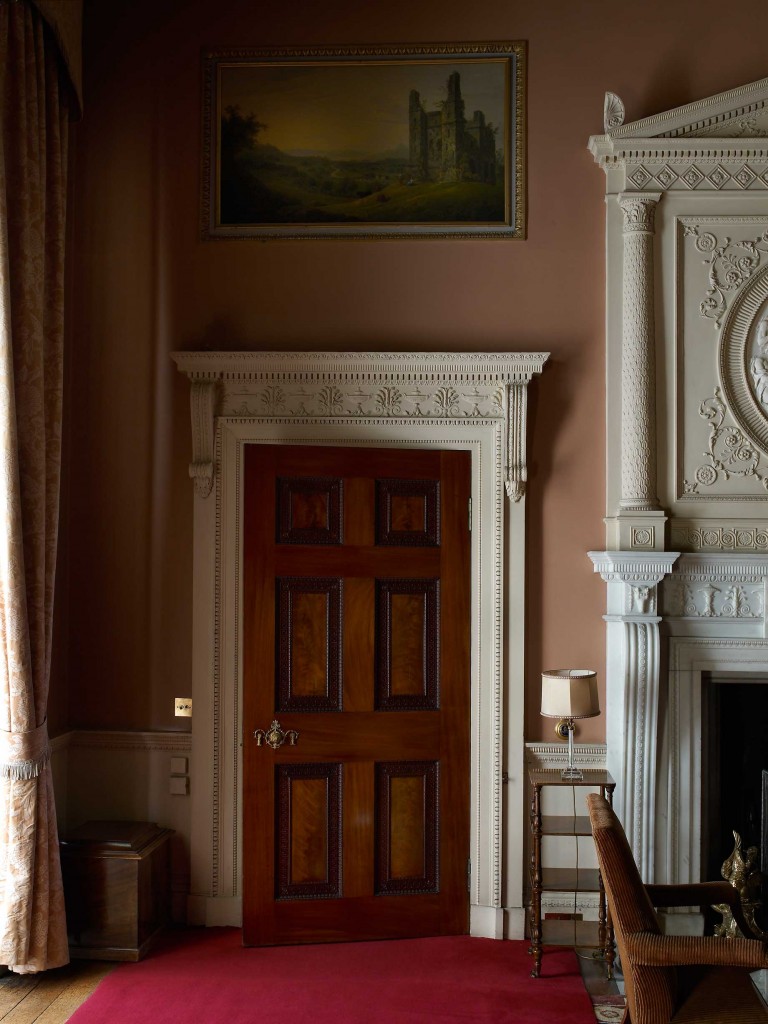 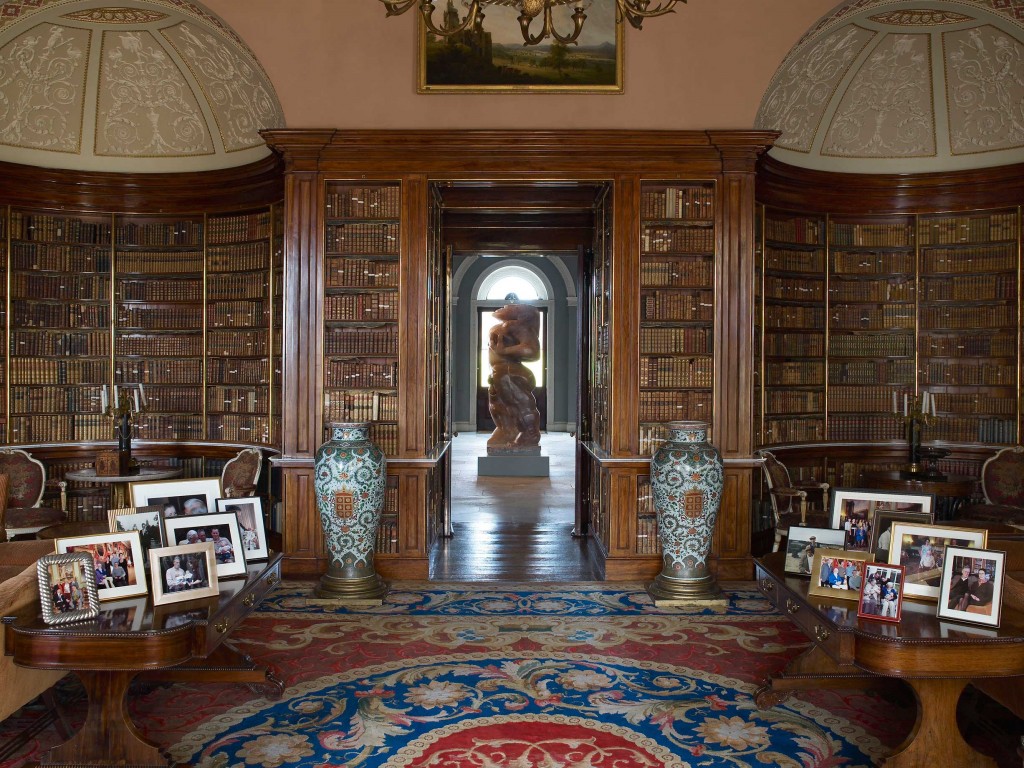 A view to the Entrance Hall 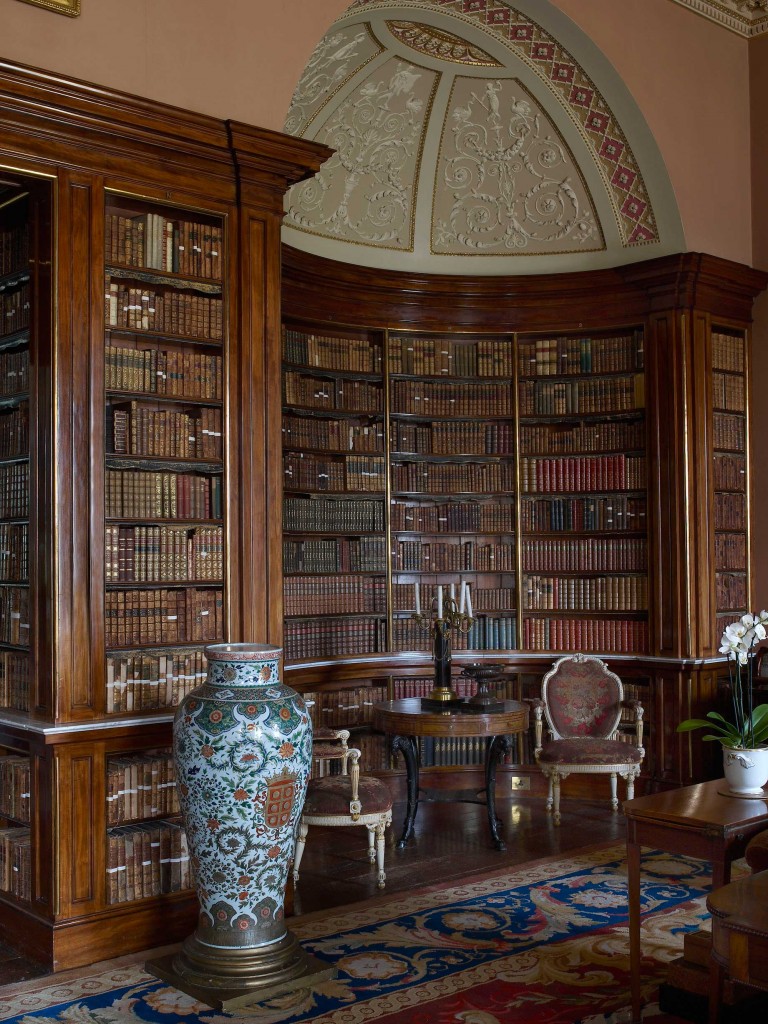 Curved detail of the Main Library

The Main Library at Harewood was known as the Saloon in the 18th century. The room is dominated by Sir Charles Barry’s Victorian mahogany bookcases which feature brass trims and a marble chair rail.

The original Robert Adam ceiling, together with his chimneypieces and plaster overmantels with their round, sculptured reliefs, marry beautifully with Charles Barry’s modernisation. Since Barry’s transformation of the building, this has been the central living room of the House.

The Main Library contains a variety of objects supplied by the Royal Clockmaker, Benjamin Vulliamy. The ormolu-mounted marble-cased clock was made about 1796. The bronze tazza was supplied in 1804. The black marble and ormolu-mounted lamps are signed ‘Vulliamy London AD 1811’.

There are four decorative landscapes by Nicholas Dall which were supplied for this room during the 18th century. In 1798, JMW Turner was commissioned to paint two pictures of Plompton Rocks to replace existing doorways, the only oils by him in the House.