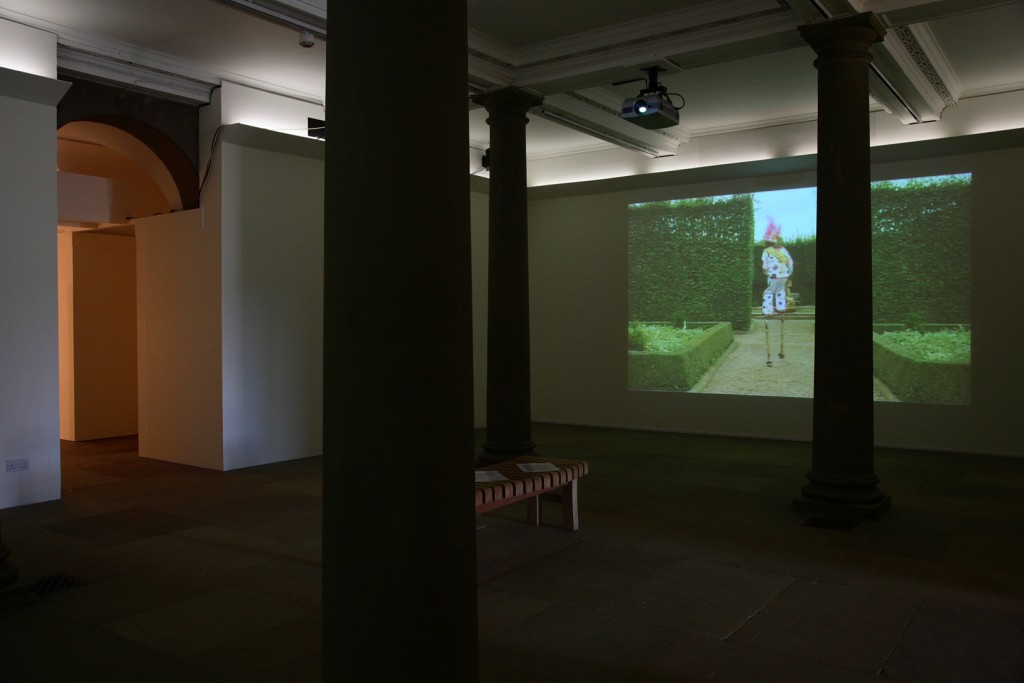 Crop Over is a Barbadian festival which evolved from the harvest festivals of England and West Africa. It is one of the Western world’s oldest festivals, dating back to the 1780s when plantation workers proclaimed the end of the sugar crop with feasting and dancing in the plantation yards.  The film, complemented by drawings, consisted of a sequence of performances by symbolic figures central to the festival, a series of interviews with historians and cultural critics, archival material relating to plantation life and festival revellers.

Sonia Boyce’s interest in Crop Over carnival lies in the fact that it is a public festival directly originating from the conditions of plantation life in the Caribbean, unlike other carnivals that have been co-opted from the religious festivals of Lent.
Biography:
Sonia Boyce has exhibited extensively throughout the UK and internationally since 1983 when she quickly gained critical attention for her large pastel drawings and involvement with the emerging 1980s black British art scene. Her work is in the public collections of Tate, the Victoria & Albert Museum and the Government Art Collection amongst others.