A Gift from the Whole Nation 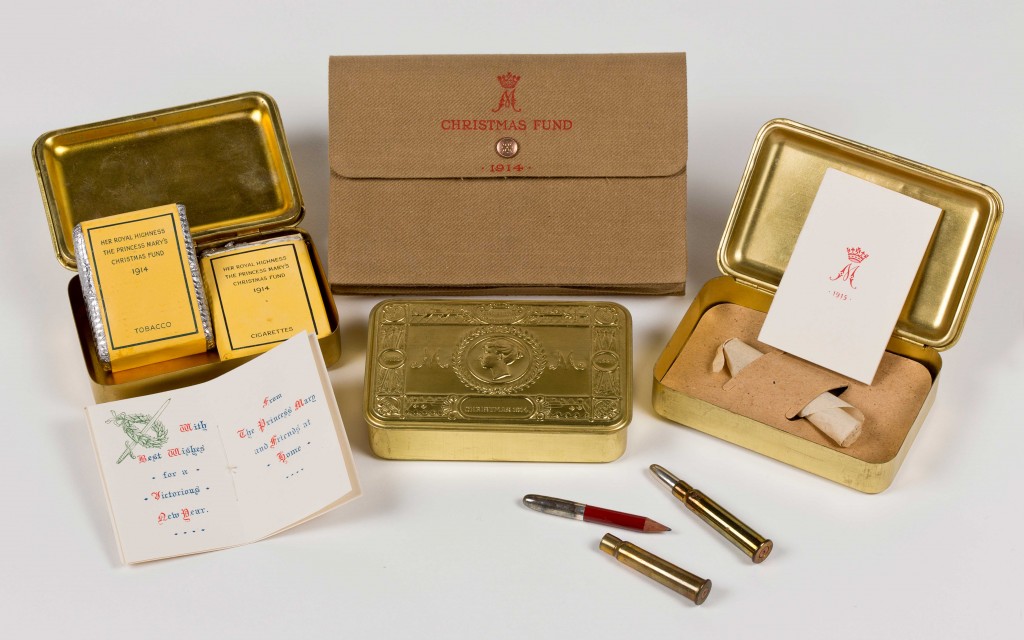 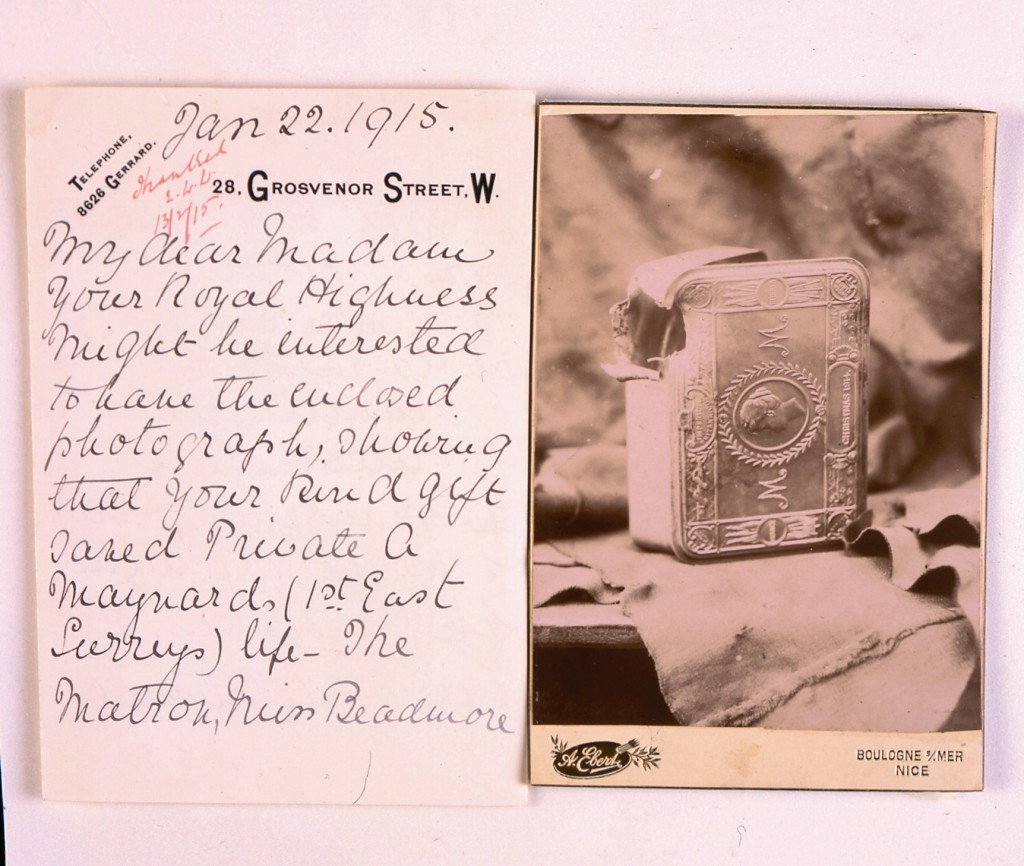 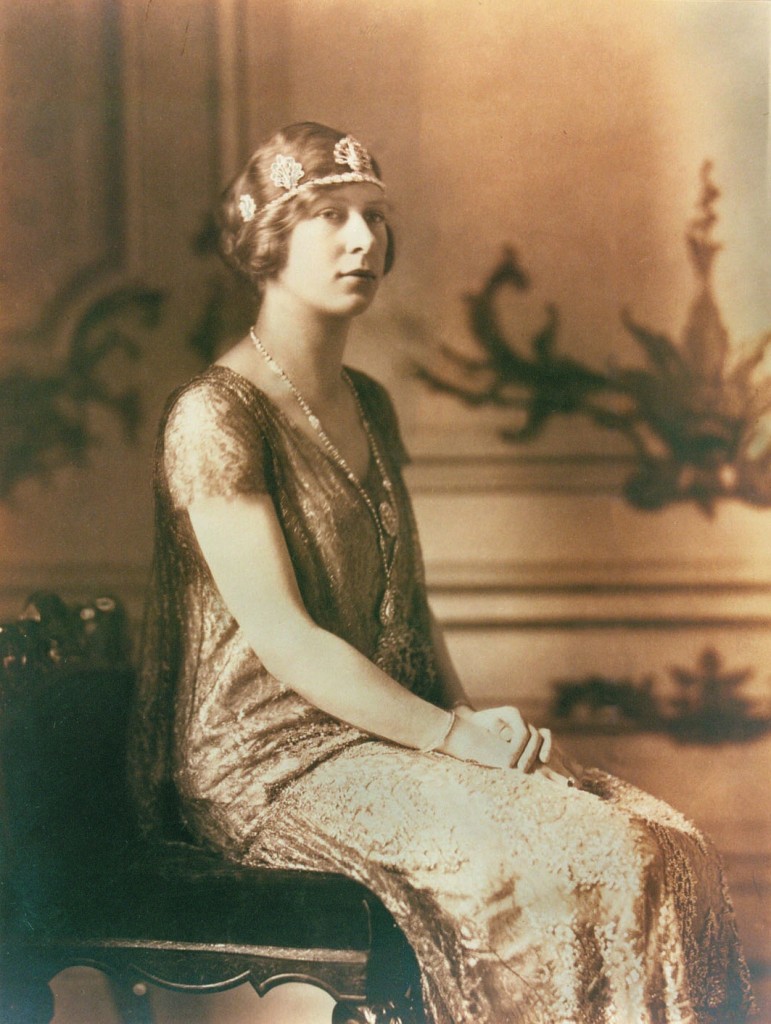 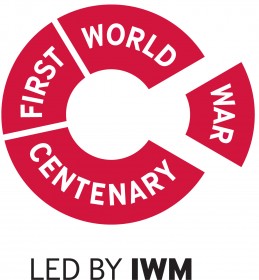 At the start of the First World War there was a mass outpouring of sympathy and charity to the men fighting for Britain. The Royal family were not immune to this and in October 1914 the young Princess Mary took it upon herself to provide a small thank you present for the troops serving the country on Christmas Day 1914.

By Christmas 1914, 355,716 gifts had reached members of the British Expeditionary force, 66,168 gift boxes had reached men at home on sick leave, 4,600 had gone to the French Mission, fighting alongside British soldiers in France, and 1,390 boxes had reached nursing staff in the army. This meant that over 426,724 gift boxes had been made and distributed in just two months. Over the next four years another two million boxes would be delivered to people involved in Britain’s war effort.

Harewood has 70 examples of these gift boxes with the best on show in a special display on the State Floor.