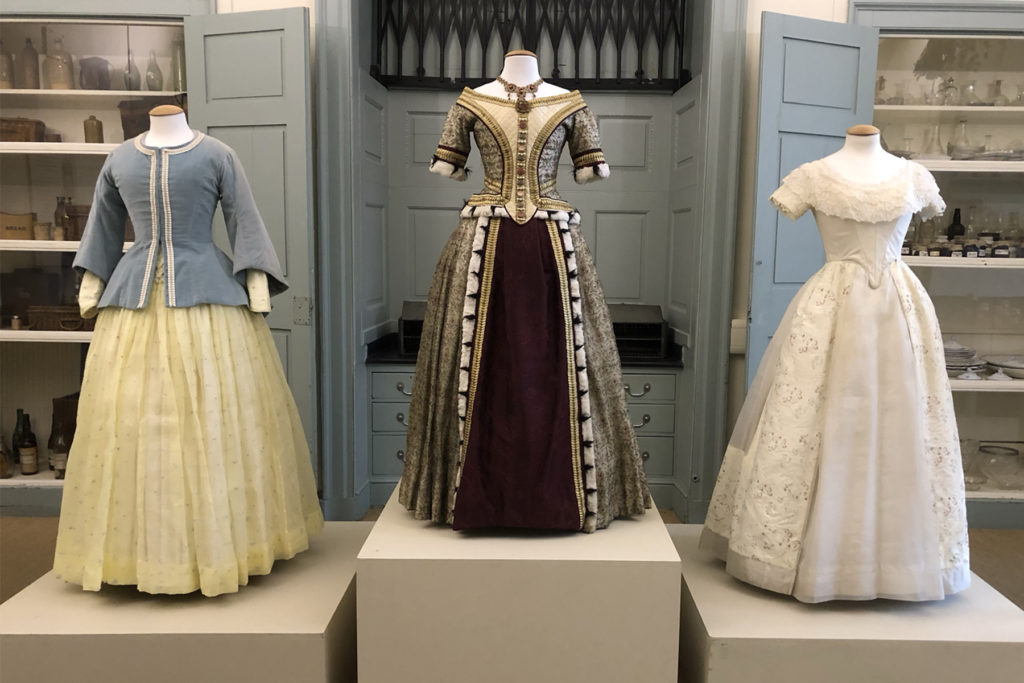 Over the years Harewood has played host to a number of well-known film and TV productions, from documentaries and soaps, to period dramas and the glamour of the big screen. The House and Estate have appeared under many different guises in a range of productions; as Queen Victoria’s childhood home of Kensington Palace, Jane Austen’s magnificent Pemberley, and the fictional village of Emmerdale, to name but a few.

This season, explore the stories of filming at Harewood throughout Below Stairs, from Victoria to Mary Berry, and Emmerdale to Downton Abbey. With this display we hope to give you a behind-the-scenes glimpse into Harewood on film, and an understanding as to why filming is so important to Harewood as a charity. See original costumes from ITV’s Victoria, behind the scenes images from the filming of Downton Abbey, and get an insight into film trickery, fakery and more.

Harewood has worked with ITV for over twenty years, on a number of television productions. One of its longest standing connections is the popular Yorkshire soap opera, Emmerdale. The Harewood Estate has proudly been home to the Emmerdale village since 1997.

Those wanting to take a trip to the Woolpack and walk the cobbled streets of Emmerdale can take part in the The Village Tour, part of The Emmerdale Studio Experience, and see behind-the-scenes of Yorkshire’s favourite soap.

For more information about when visits to the Emmerdale set will begin again, visit www.emmerdalestudioexperience.co.uk