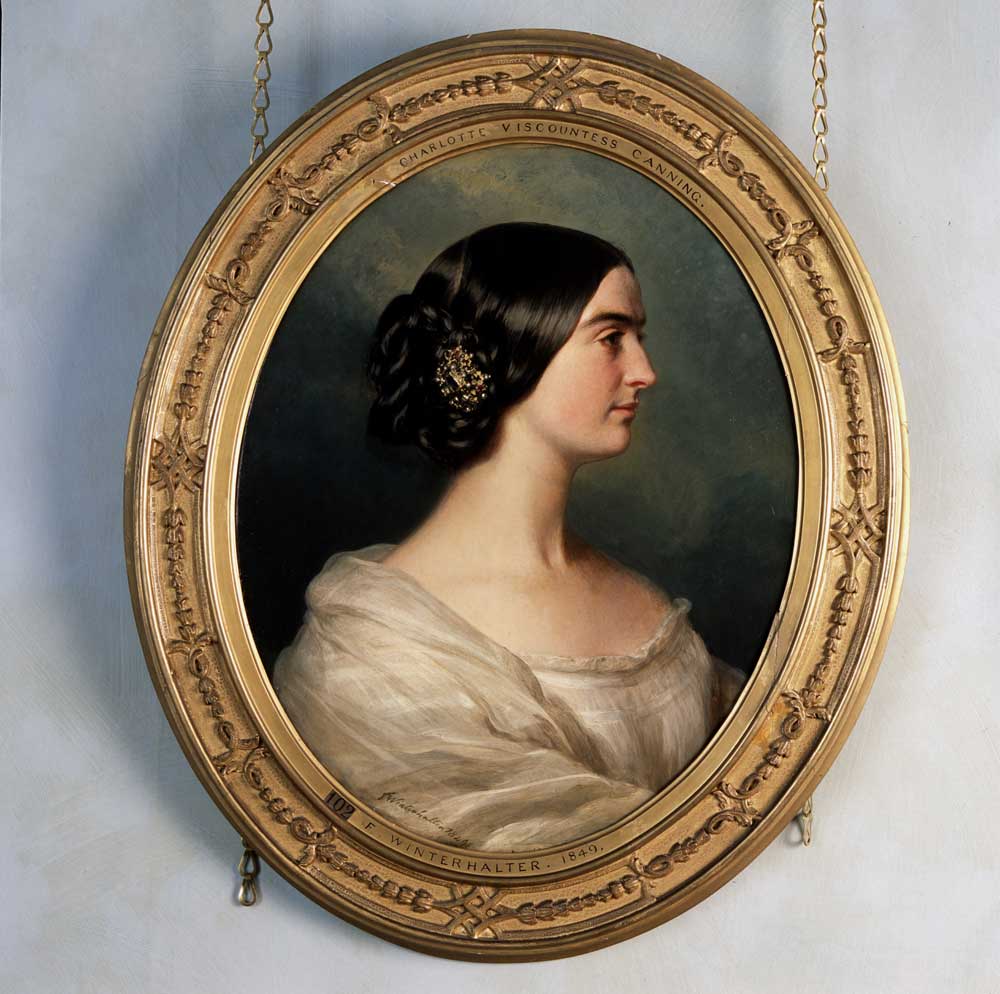 Lady Canning was a talented watercolour artist who became lady-in-waiting to Queen Victoria in 1842. She accompanied the Queen on many public and private tours and recorded the places that they visited in a series of accomplished watercolours, particularly of Scotland and Osborne on the Isle of Wight.

She also instructed Victoria in the art of watercolour and one of Queen Victoria’s copies after Lady Canning’s work is on display in the exhibition, showing the countryside near Balmoral in Scotland. With her husband Charles, Charlotte also travelled around Europe, and eventually accompanied him to India, when he was appointed Governor-General in 1855.

These exceptionally fine watercolours are on display for the first time in over 20 years. Curated by Professor Ann Sumner, this exhibition tells the story of Charlotte and her husband’s time in India through her beautiful and accomplished watercolours. The display also includes the specially commissioned Linley table, which contains a chess set decorated with miniature watercolour scenes of India by Charlotte Canning.

Born Charlotte Stuart in 1817, Lady Canning was the daughter of Sir Charles Stuart de Rothesay, who served as British Ambassador in Paris, where Charlotte and her sister Louisa lived from 1817–30. Moving to the newly built family home Highcliffe Castle, Hampshire in 1834, Charlotte married Charles Canning in 1835, who became Viscount Canning in 1837.

In 1855, it was announced that Charles was to be appointed the new Governor-General of India, to the surprise of many, including Queen Victoria.

Charlotte wrote, ‘Here we are! Really in India! It feels like a dream….I am quite charmed by it.‘ She was described in the Indian press, as ‘a beauty, an artist and an eminent botanist‘. The Canning’s took up residence in Government House, Calcutta but while her husband worked long hours, Charlotte found herself ‘isolated to a degree I could never have imagined’. Four months after her arrival, it was noted that her ‘health seems to have been seriously affected by the climate of India’.

Charlotte painted continually throughout her extensive travels in India documenting remarkable journeys across the country, from her month-long voyage up the Ganges by steamer boat, to official Viceregal marches following the suppression of the Indian Mutiny (India’s First War of Independence) in 1858.

In-between long official marches, Charlotte also embarked upon many personal treks into the Himalayas where she recorded flora and fauna, spectacular mountain scenery and jungle views.

Returning to Calcutta from her final expedition in November 1861, Charlotte died in her husband’s arms on the eve of their return to Britain. Charlotte was buried in the grounds of Barrackpore, her grave described by Charles as ‘a beautiful spot…looking upon that reach of the grand river which she was so fond of drawing’. As he wrote to tell the Queen of his loss, she wrote to express her devastation at the loss of Prince Albert (December 1861).