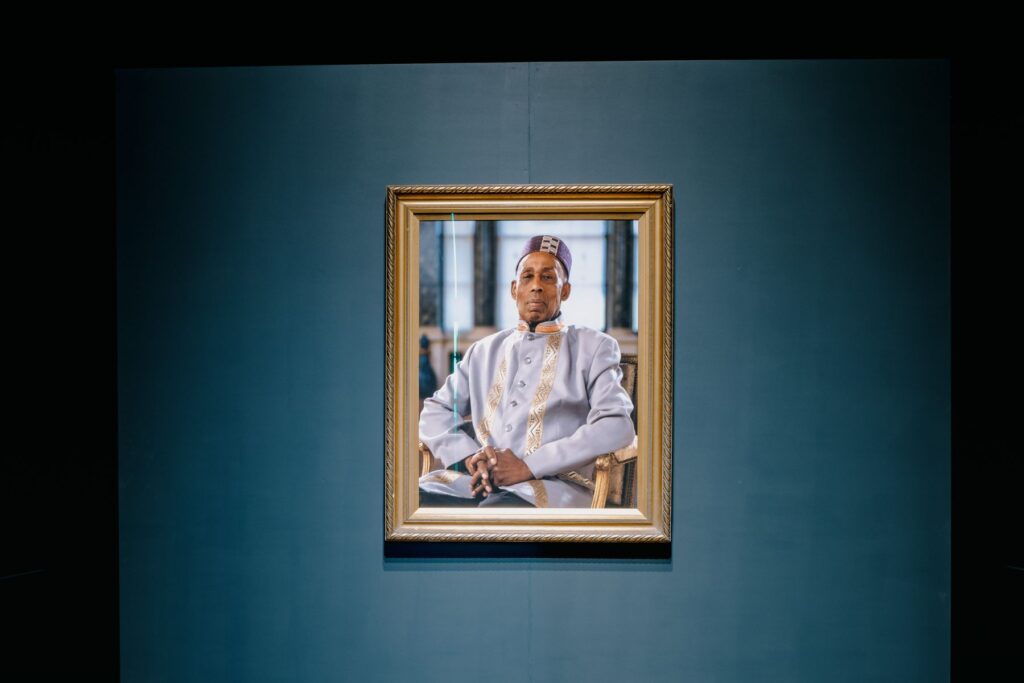 ‘I’m passionate about being an African … Your race comes before your nationality … We are a people full of compassion and love … We are not too worried about receiving love, but we demand some respect!’

Discover the fascinating life of Arthur France – a senior figure in the Leeds community and the founder of the Leeds West Indian Carnival – in this latest iteration of Harewood’s Open History series.

The exhibition launches a new series of portraits featuring people of colour taken by Leeds-based photographer Ashley Karrell, and specially commissioned by the Earl and Countess of Harewood – David Lascelles and Diane Howse. The portrait, and those of future sitters, will be displayed as a key part of the permanent collection at Harewood.

The new portrait is the finale of a captivating exhibition which celebrates Arthur’s life and contribution to the cultural life of Leeds. Arthur France: Son of a Small Island shares his story from being a boy growing up on the Caribbean island of Nevis to becoming one of the leading community figures in Leeds.

As well as a display inspired by Arthur’s own living room, a collection of objects and memorabilia of his include a cricket ball presented to France by renowned cricketer, Sir Viv Richards, and a signed cricket bat from the West Indies tour of England in 2000.

We also celebrate Arthur’s role in the foundation of Leeds West Indian Carnival, now one of Leeds’ most important annual cultural events, its history rooted in the resistance and emancipation of enslaved Africans in the Caribbean.

Harewood Open History aims to open up stories about our heritage, tell the stories of people of colour who have deep-rooted links to Harewood, and work with artists from an African and Caribbean background in order that we can use Harewood’s past and its platform now to talk and open up conversation about diversity, representation and ultimately equality in society today.

With special thanks to Mahalia France-Mir, Arthur France’s daughter, who has been instrumental in making this exhibition possible and who is also now a Local Councillor for Leeds City Council, representing the people of her Moortown and Meanwood ward.

Entry to Arthur France: Son of a Small Island is included as part of your day ticket.

Faces of Britain – Missing Portraits and the Gaps in British History