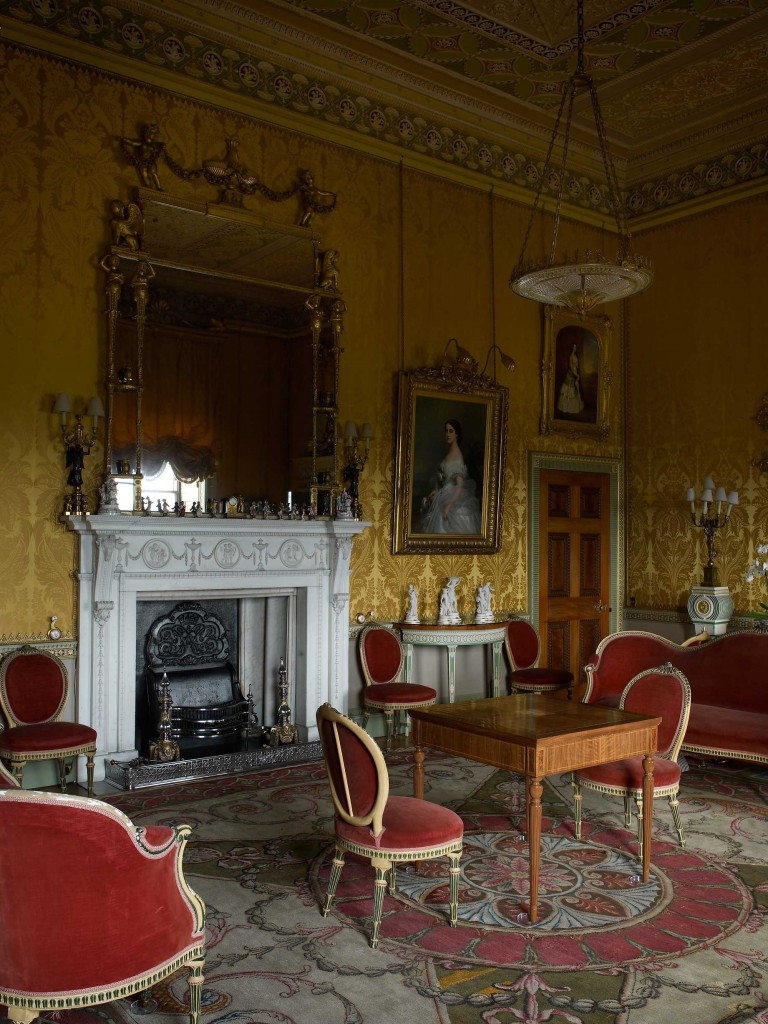 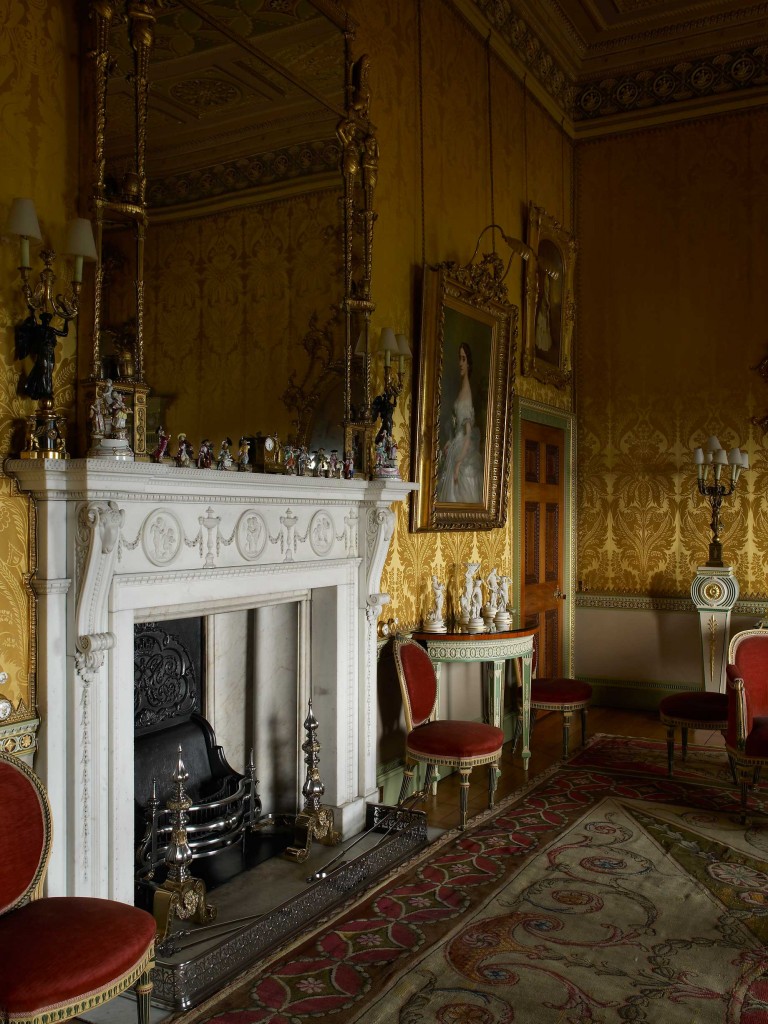 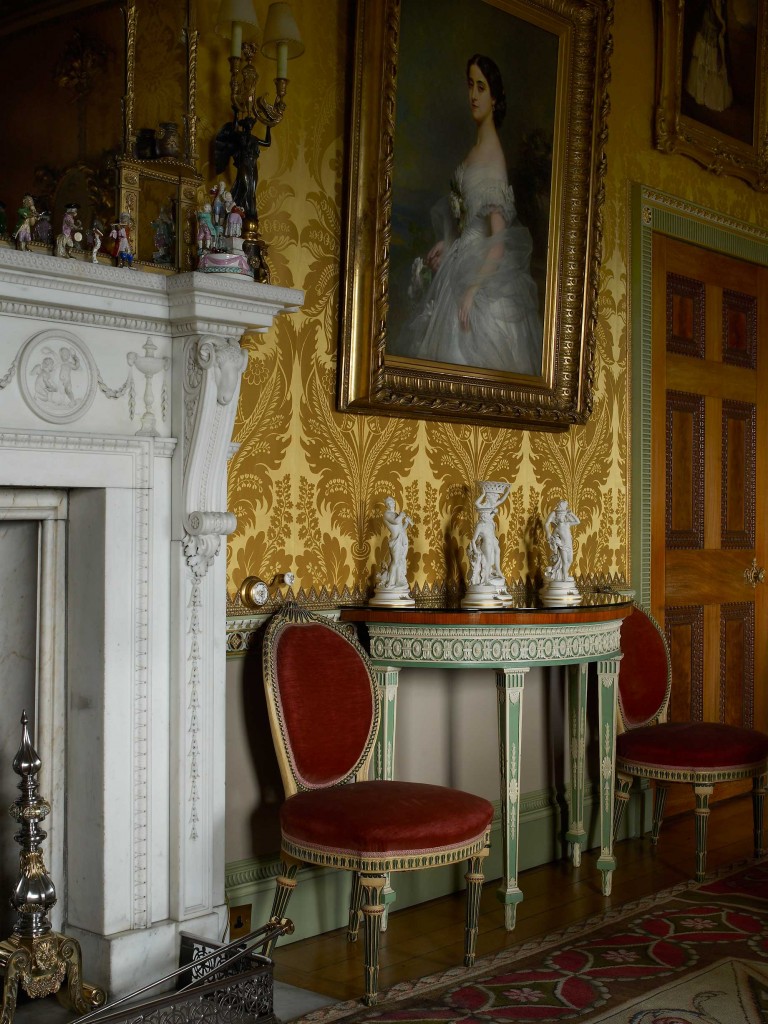 Consistency of motif was something Robert Adam regularly sought in his designs. In the Yellow Drawing Room, the star and circle of the carpet echo the beautiful ceilings without directly copying the pattern. The lozenges in the frieze running round the cornice contain plaques with cupids riding sea-horses which is repeated above the doors.

Two splendid looking glasses by Thomas Chippendale dominate the room like others in the House, these were partly stripped of their ornamentation by the Victorians and painstakingly restored in 1993-4. The third mirror over the fireplace is by Chippendale’s son, also called Thomas, who completed the Harewood commission after his father’s death in 1779.

There is a stunning Chippendale commode, The Three Graces, positioned on the western wall of the Yellow Drawing Room. This is the third piece of a set which would have been in the original State Dressing Room (now the Spanish Library). The other parts of the set are now in the State Bedroom.

Please note, the carpet is currently part of a public consultation process. This room is not displayed as seen in the images and some furniture may have been moved. As the House Stewards in the Entrance Hall for details.

This room has  undergone a series of change since it was created. A day book for September 1769 mentions painting, “a specimen of colours for Mr. Adam’s approbation”.

Later in the 19th and 20th centuries, the Yellow Drawing Room was known as the Rose Drawing Room due to its light pink wall silks.

When the room was restored in the 1990’s to the 18th century design, a paint scrape confirmed the original colours which you can now see in the ceiling.