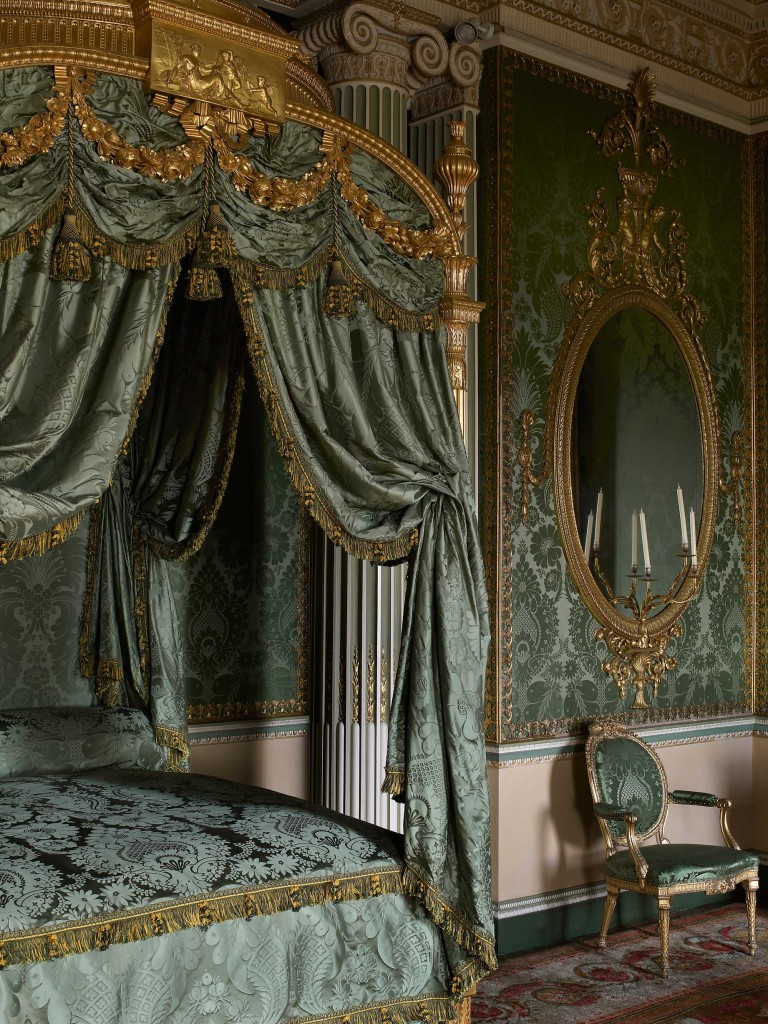 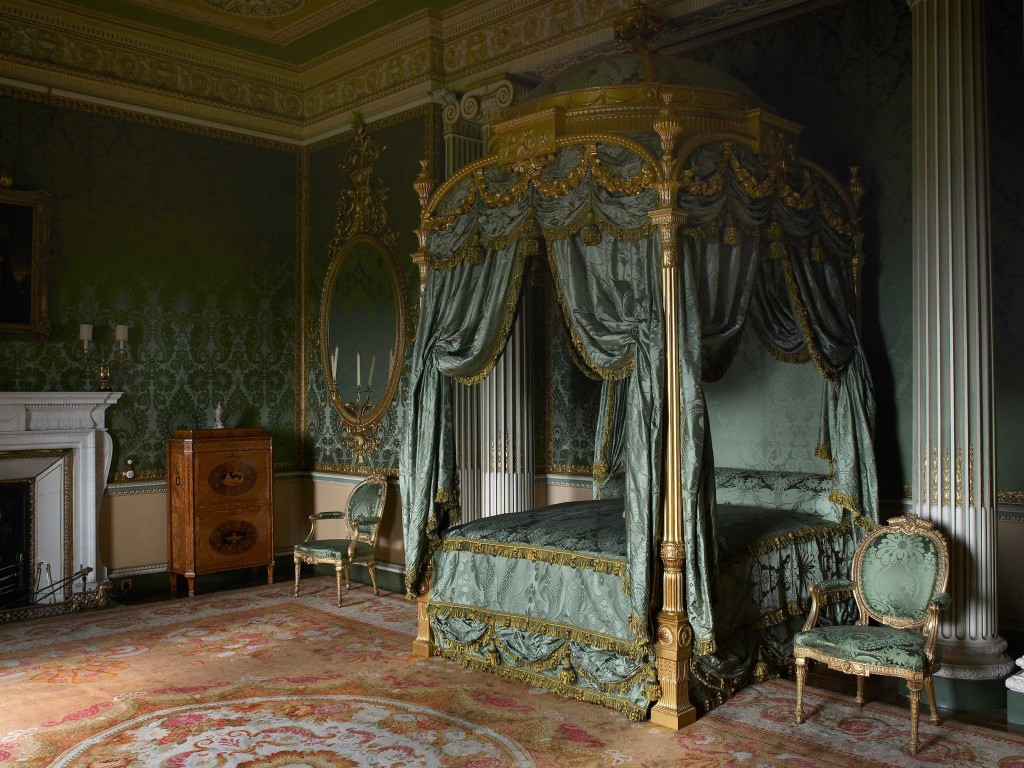 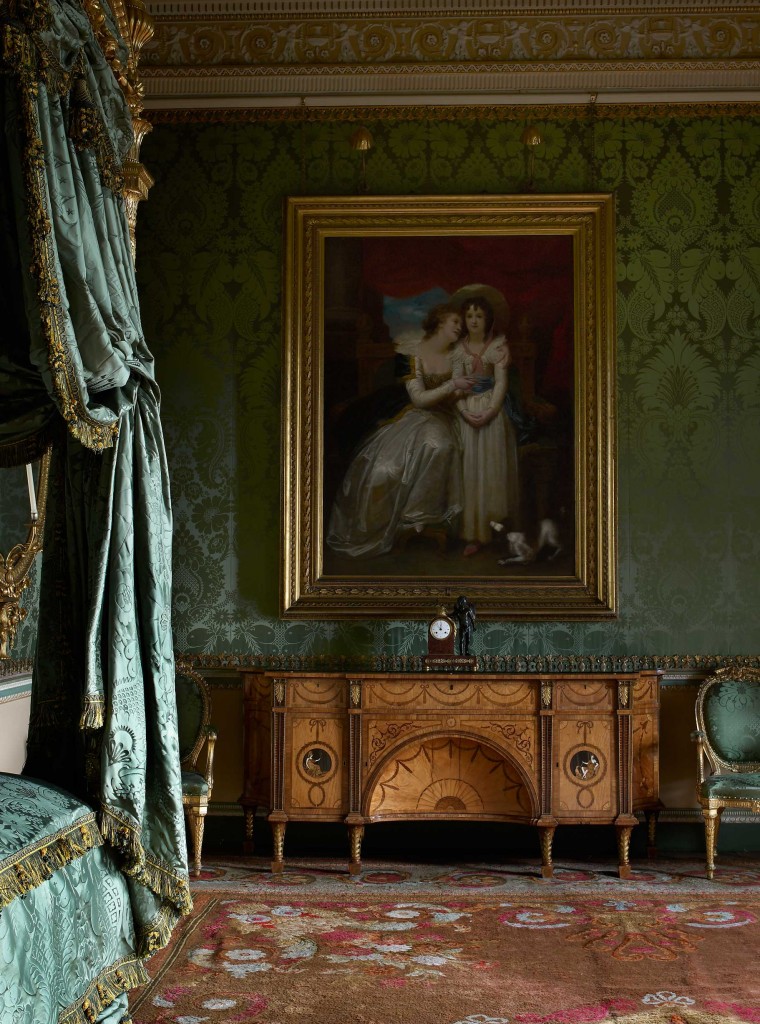 State Bedrooms were a fashionable addition to country houses in the 18th century despite often being infrequently used. They were reserved only for very important visitors. At Harewood the State Bedroom welcomed two very famous guests, a young Princess Victoria in 1835 before her coronation and the Grand Duke Nicholas of Russia in 1816.

During the Victorian period this room was converted into a sitting room. Chippendale’s magnificent bed was dismantled and put into storage, half forgotten, until it was rediscovered in the 1970s. It was not till 1999 that funding was found to begin the restoration project. It was a major undertaking. Although much of the ornately carved and painted decoration had been carefully stored, nearly 150 years had passed and quite a lot was missing. Nobody knew exactly what the bed would have looked like in the first place. Chippendale never made another one like it and there were no recorded images giving clues to the bed’s appearance.

The end result is a tribute to the skill and imagination of the furniture historians and the expert craftsmen who worked on it. It now stands as one of Chippendale’s most extraordinary creations, a masterpiece of English furniture.

The Robert Adam design is featured heavily with the ceilings coordinating with the vivid colours of the State Bed.

Two more of Chippendale’s finest pieces, designed for the State Dressing Room (now the Spanish Library) are also on display here: a marquetry satinwood secretaire and the Diana and Minerva Commode, which, with its intricate ivory inlay, elegant lines and drawers that whisper shut is often referred to as his single greatest work.