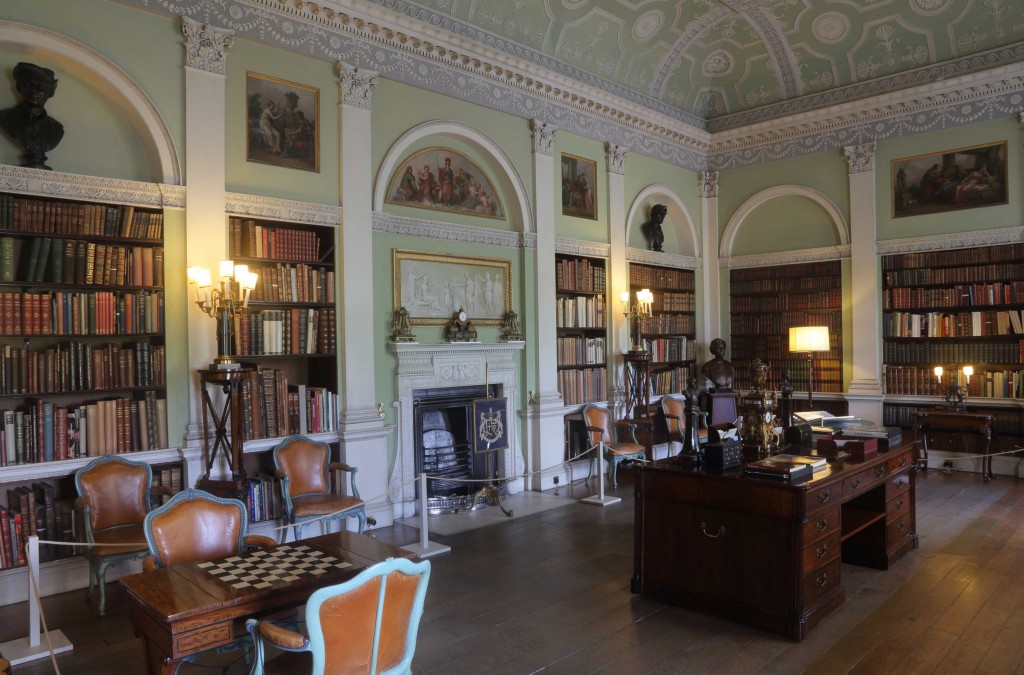 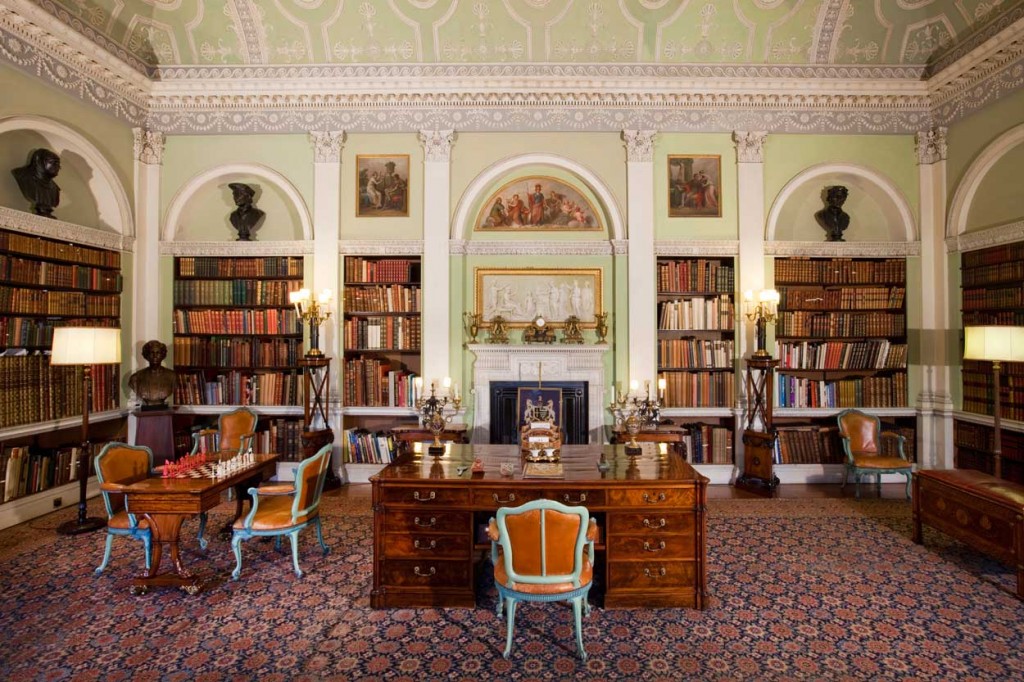 Harewood boasts over 14,000 books in the collection 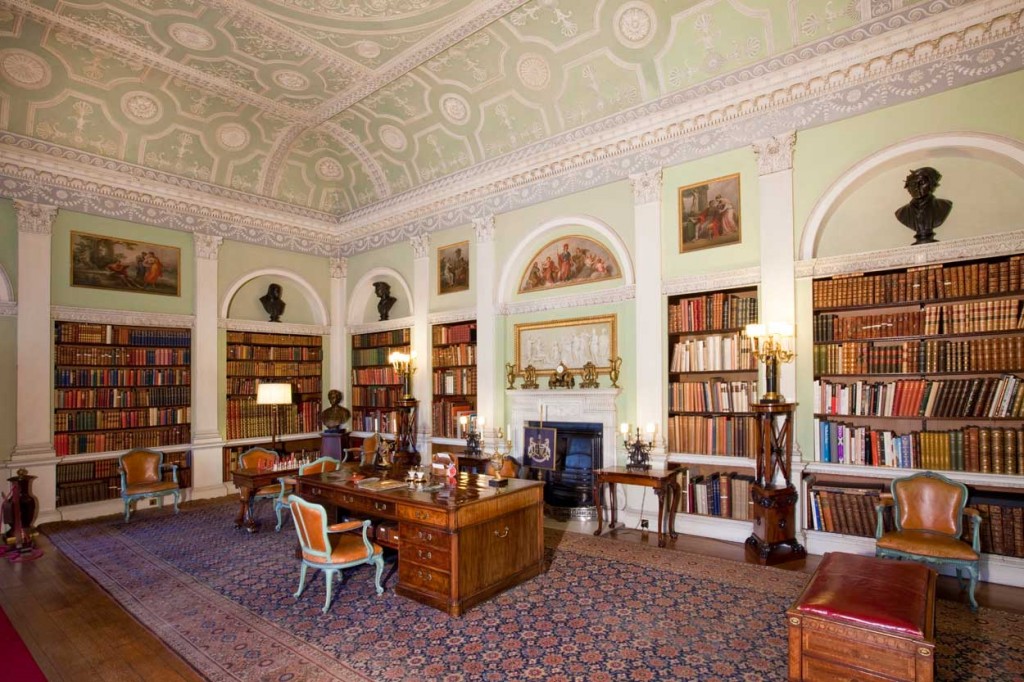 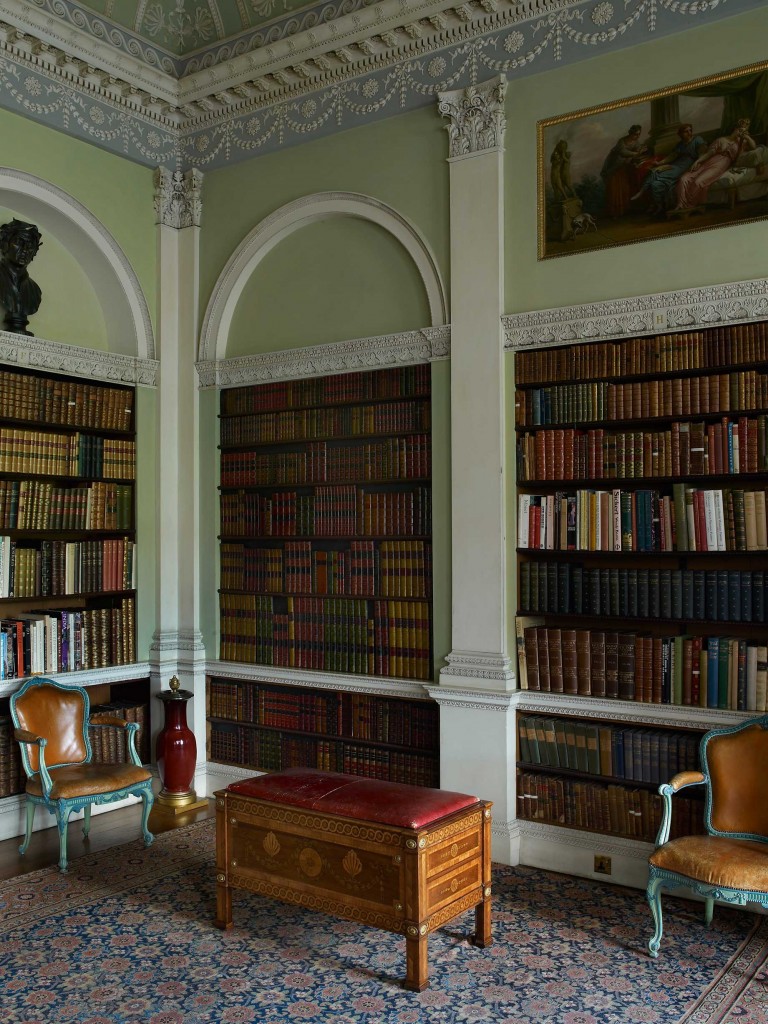 The Old Library is one of three libraries within Harewood House completed in the late 1760s. It is a room that has remained relatively unchanged since its design by Robert Adam, and one that incorporates many of his typical design features, such as an elaborate ceiling, classical pilasters and a pastel colour scheme.

Items in this room by Chippendale include the painted blue chairs which date to circa 1771 but retain many elements of the earlier Rococo style and the library steps with neo-classical marquetry.

The Robert Adam design incorporates many of his typical design features, such as an elaborate ceiling, classical pilasters and a pastel colour scheme.

The mahogany library desk in the centre of the room is Regency, possibly made by local firm Wright and Elwick.

A room of learning and the arts

It is clear the Old Library at Harewood was designed to portray a theme of scholarship and intellectuality. A subtle decorative scheme not only reflects the function of the room itself, but also its patron’s love of learning and the arts.

Above the bookcases you will see a number of paintings by Biagio Rebecca depicting scenes from classical antiquity that recall the accomplishments of Roman statesmen. Minerva, goddess of learning and the arts, occupies the central semi-circular panel, and below is a monochromatic painting of the Triumph of Homer, executed in a technique known as grisaille.

Additionally, the plaster busts in the alcoves painted to look like bronze, represent a number of famous philosophers and writers. From left to right as you face the fireplace the busts depict: Petrarch, Boccaccio, Machiavelli, Dante and the eighteenth century intellectual Sir Isaac Newton.