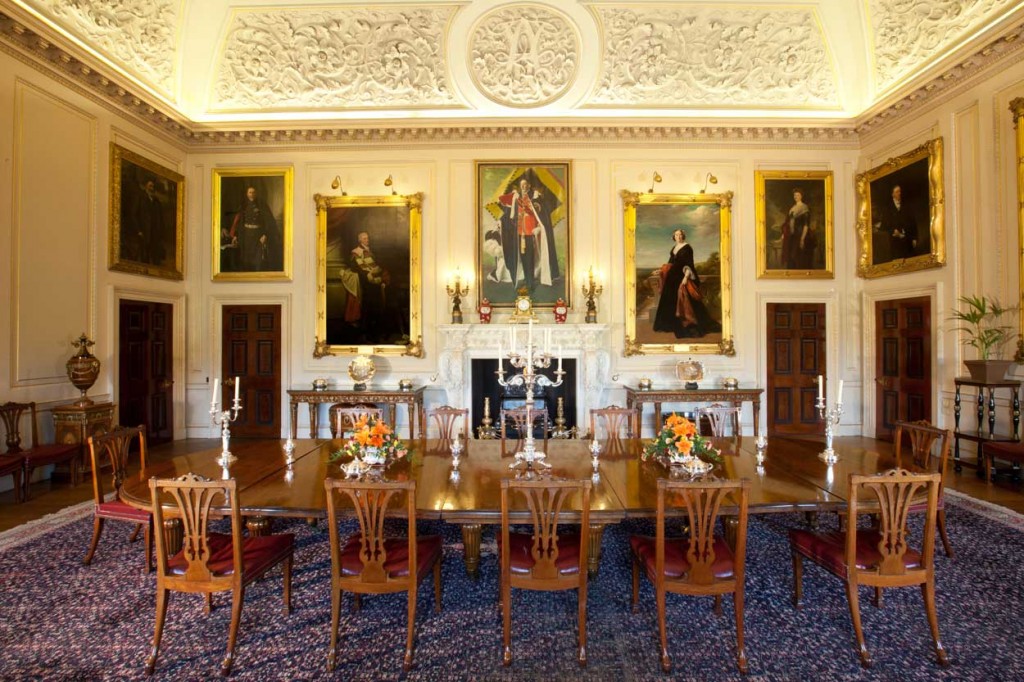 The State Dining Room is still used for private functions and diners. 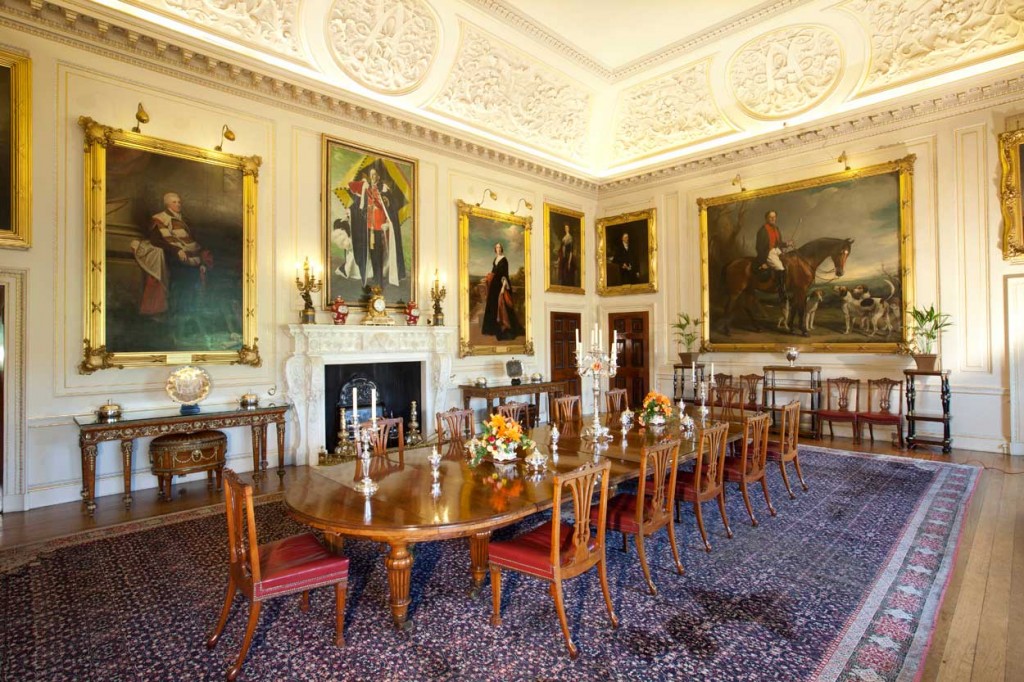 This grand dining room was renovated by Victorian matriarch Lady Louisa. Working with Charles Barry she made adjustments to many parts of the House you see today.

Barry’s changes to this room in the 1840’s are the most radical anywhere on the State Floor. He raised the ceiling and changed the shape of the room – Robert Adam’s original plans are in the Sir John Soane Museum in London. Nothing of this scheme remains, with the rather significant exception of the Chippendale furniture: a fine set of dining room chairs and two superb side-tables, urn-topped pedestals and a wine cooler. These are among Chippendale’s finest pieces and very much made to be used: the wine coolers and urns are lined with lead and the pedestals conceal racks to keep plates warm.

The chimneypiece Adam designed for this room disappeared without trace in Barry’s alterations and was replaced by the one that was originally in the Gallery. When that room was restored to Adam’s configuration in 1990 and the two Victorian fireplaces removed, the one that Barry had moved to the Dining Room was moved back to its central position in the Gallery, and one of the right period bought to replace it. This the one you see in the Dining Room now, with the head of Bacchus, the god of food and wine, in pride of place.