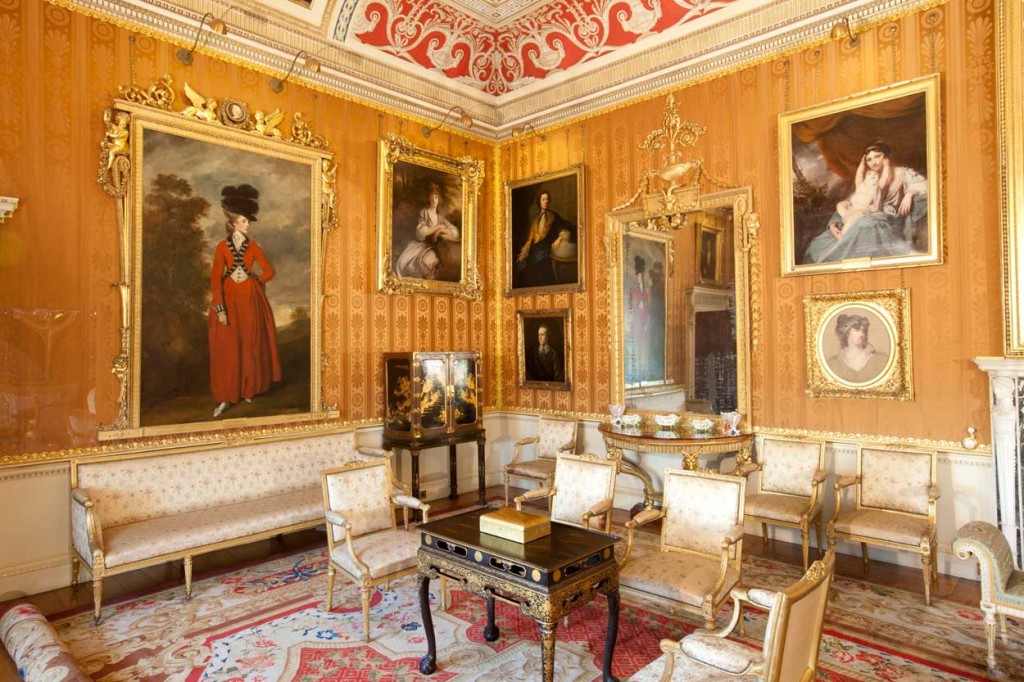 A beautifully grand room at Harewood open to the public

Originally this room was hung with white damask and bordered with gold. Known as the White Drawing Room, it featured no fewer than five looking glasses as well as two full length family portraits. The white silk was later replaced by green, which gradually faded until the decision to concentrate family portraits in this room prompted the present cinnamon background.

The ram’s head pier glasses were originally in the Dining Room before it was redesigned and enlarged by Barry to a scale which would no longer accommodate them. In 1989, they were reunited with the pier tables which properly belong underneath them. They now stand together for the first time for nearly 150 years in the Cinnamon Drawing Room at Harewood.

Victorian taste had resulted in many of the elaborate ornaments being removed which proliferate above the frames. All this filigree was found in a storeroom on the Harewood Estate, neatly packed away and labelled. The mirrors were painstakingly rebuilt over two years, the first of several pairs to undergo this treatment before being restored to places of honour in the House.

The paintings in the cove and centre of Adam’s ceiling are not part of his original design, but were added in 1852 by Alfred Stevens, newly returned from Italy.