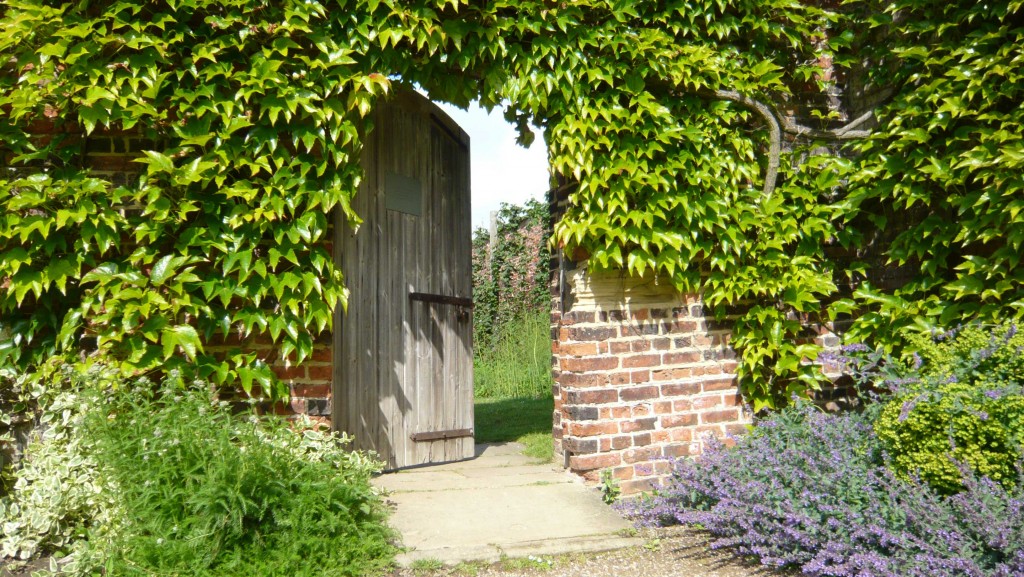 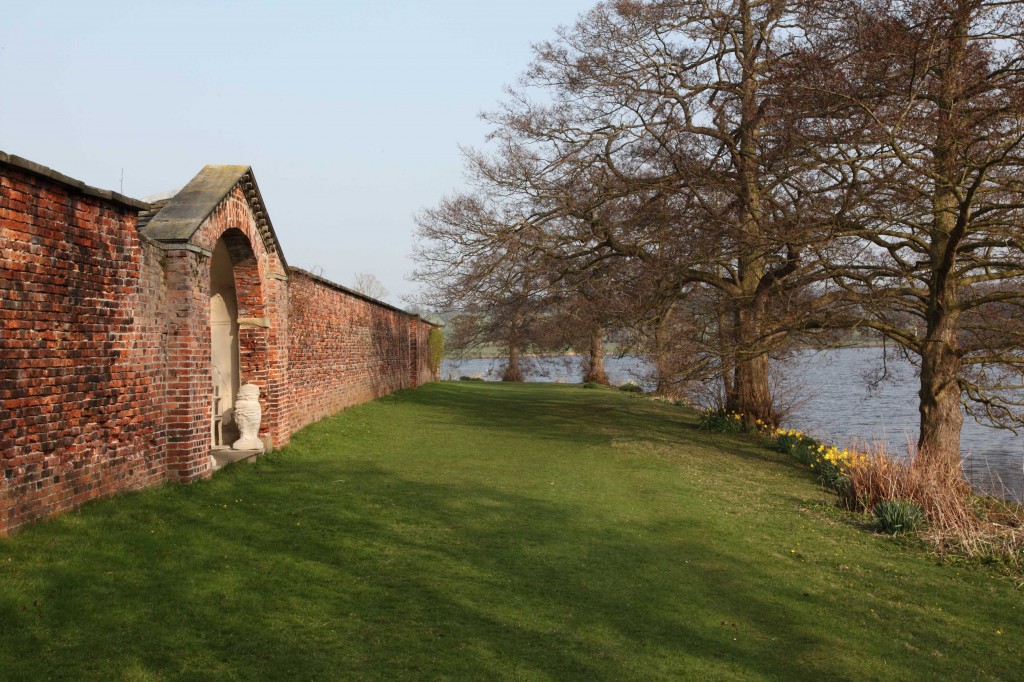 Red brick walls form the backdrop for the Walled Garden 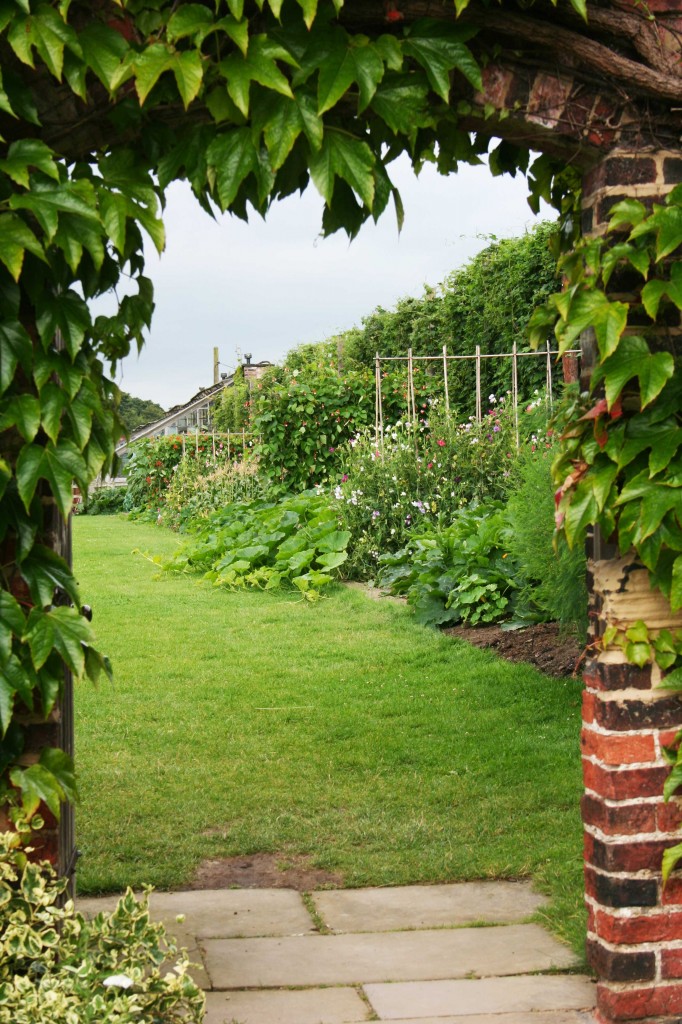 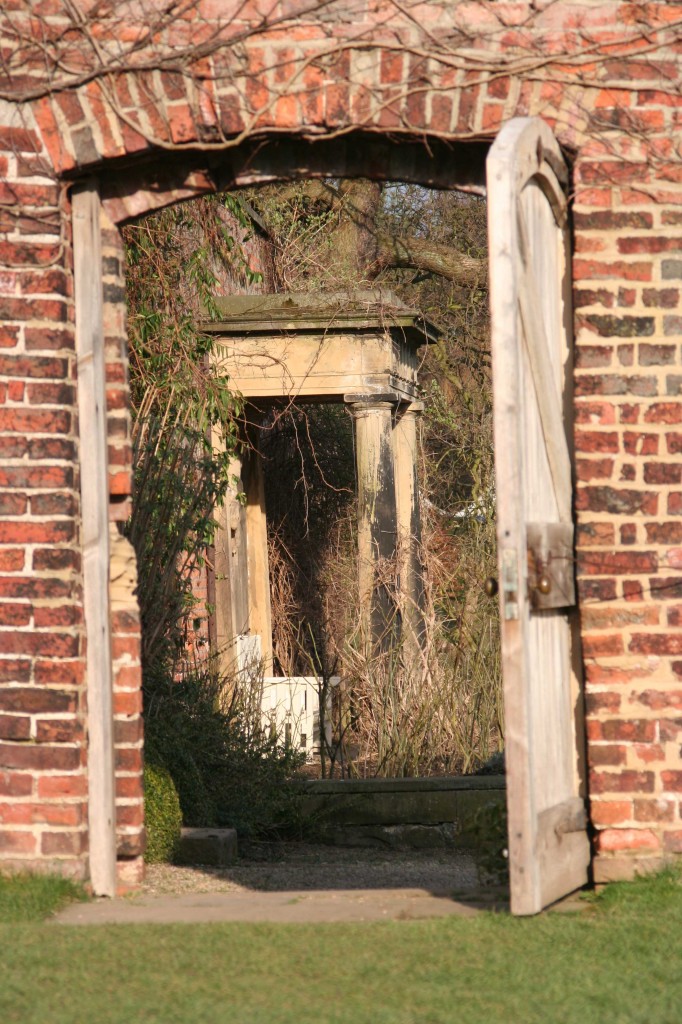 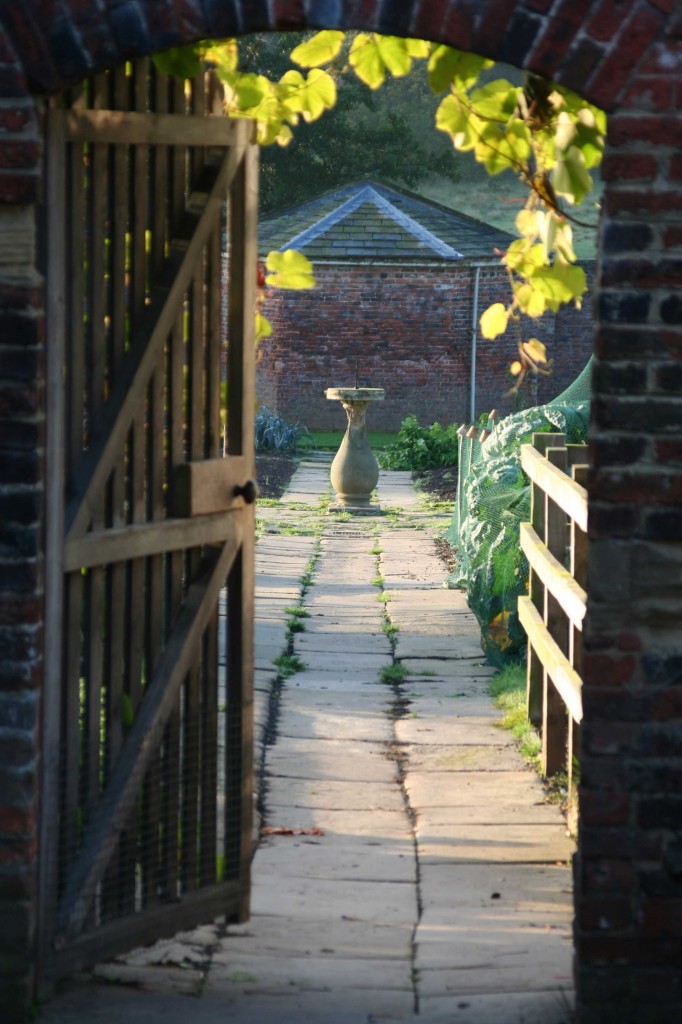 Behind every door is a hidden treasure at Harewood 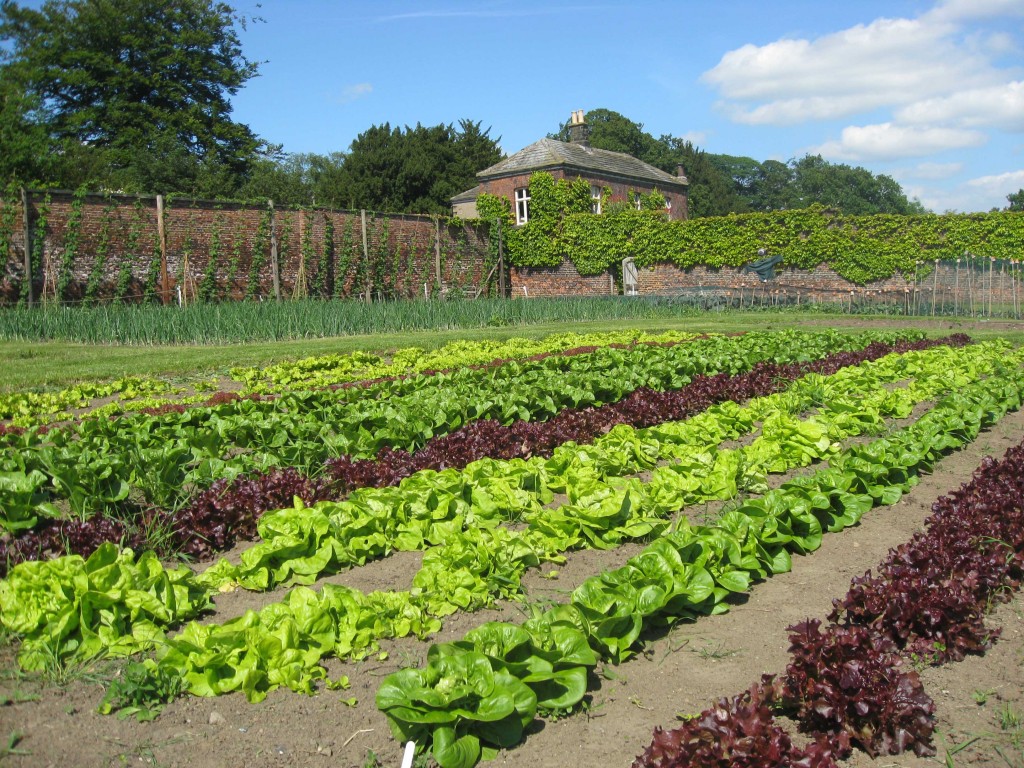 Harewood has produced food on the Estate for over 200 years 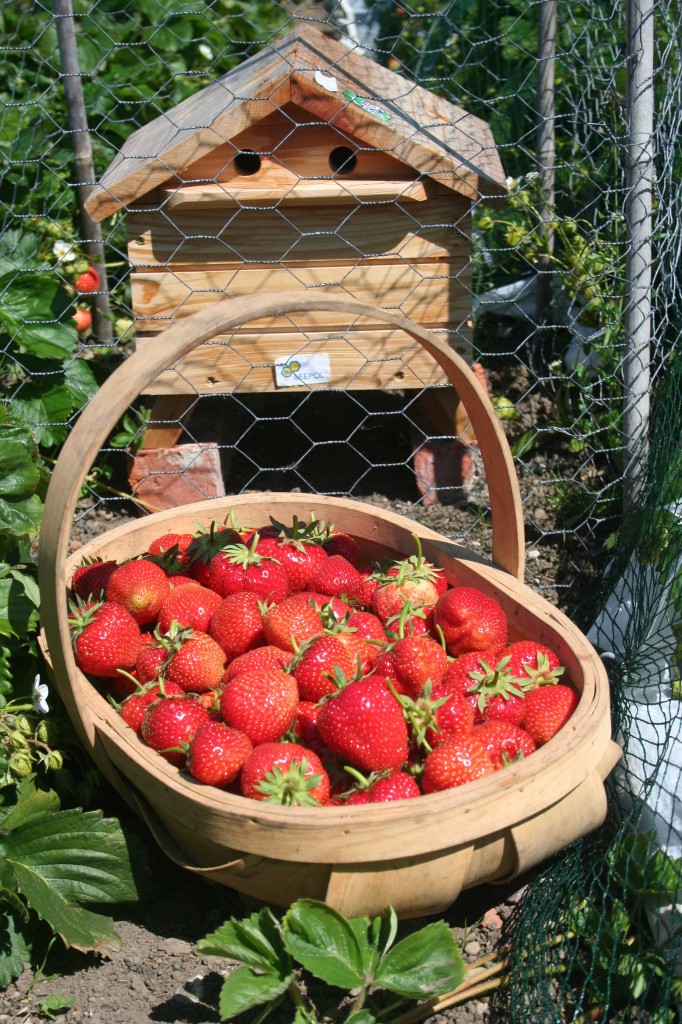 Ripe strawberries from the Walled Garden at Harewood 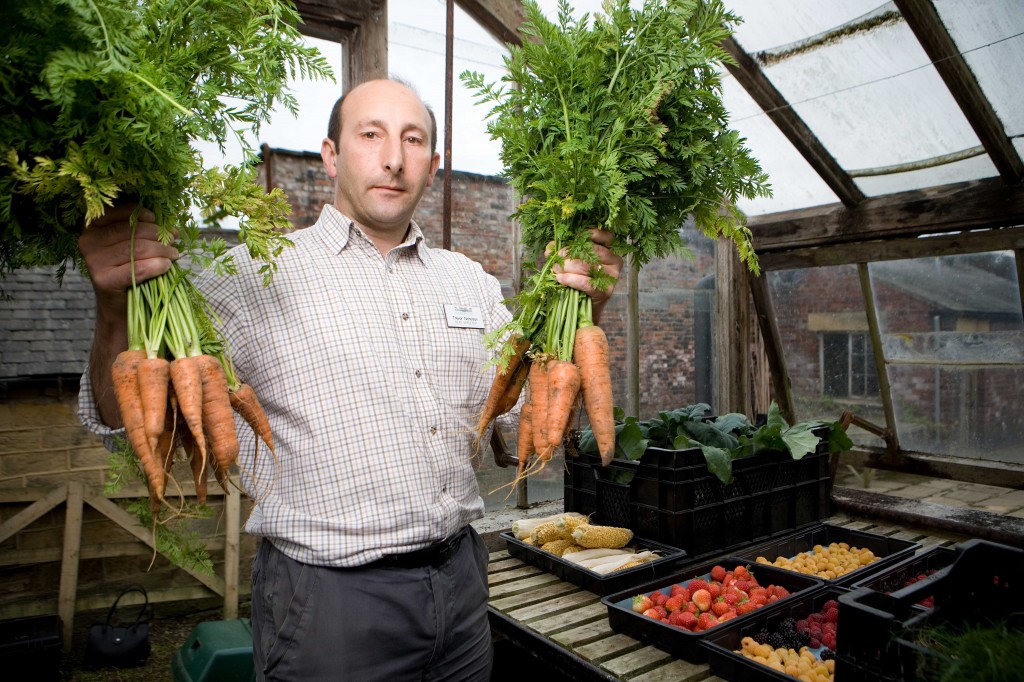 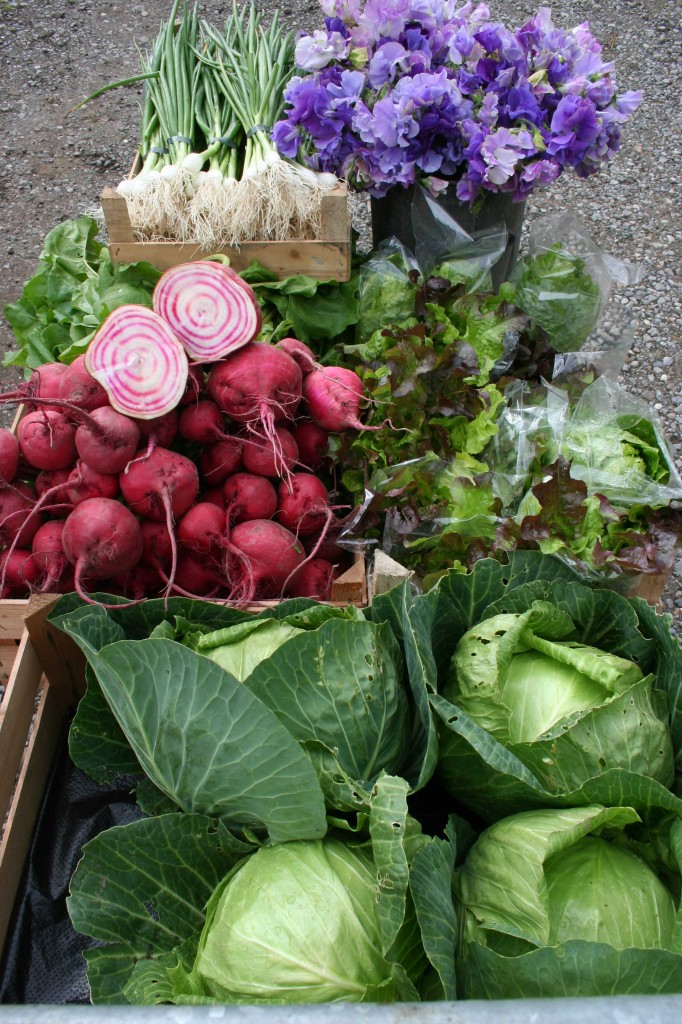 Vibrant sweet peas and fresh vegetables are grown at Harewood 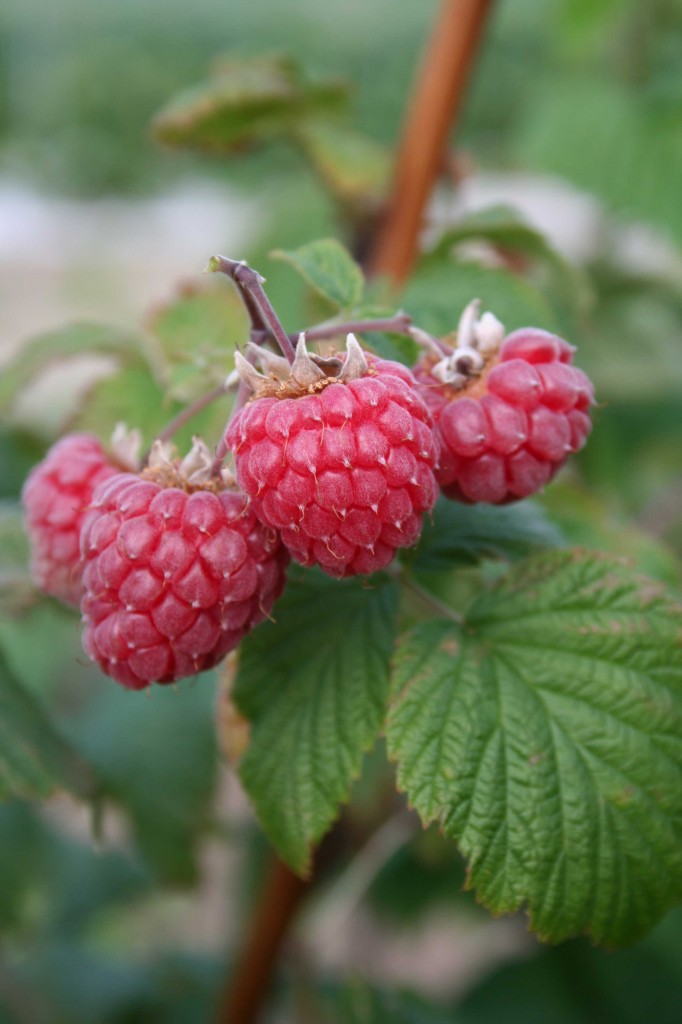 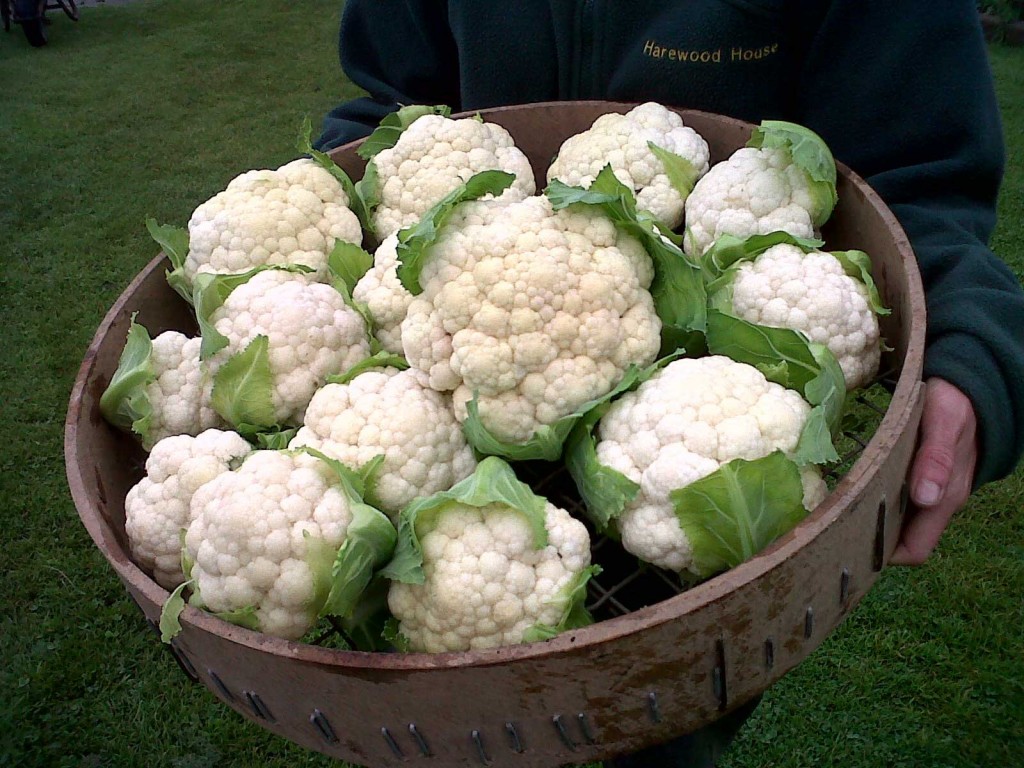 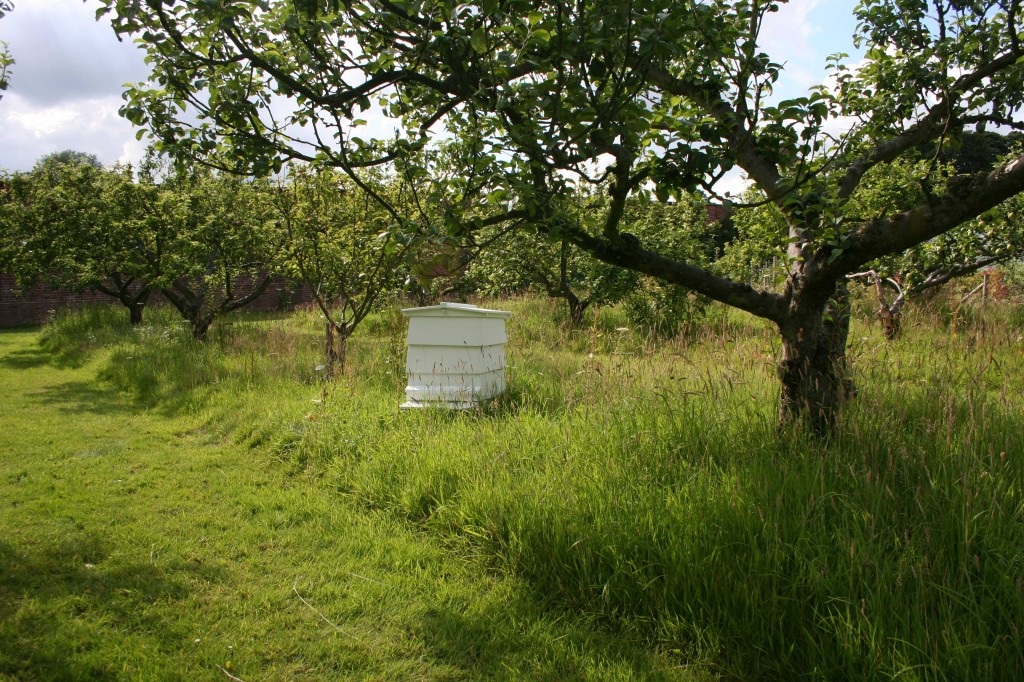 Harewood has several beehives which helps to pollinate our gardens 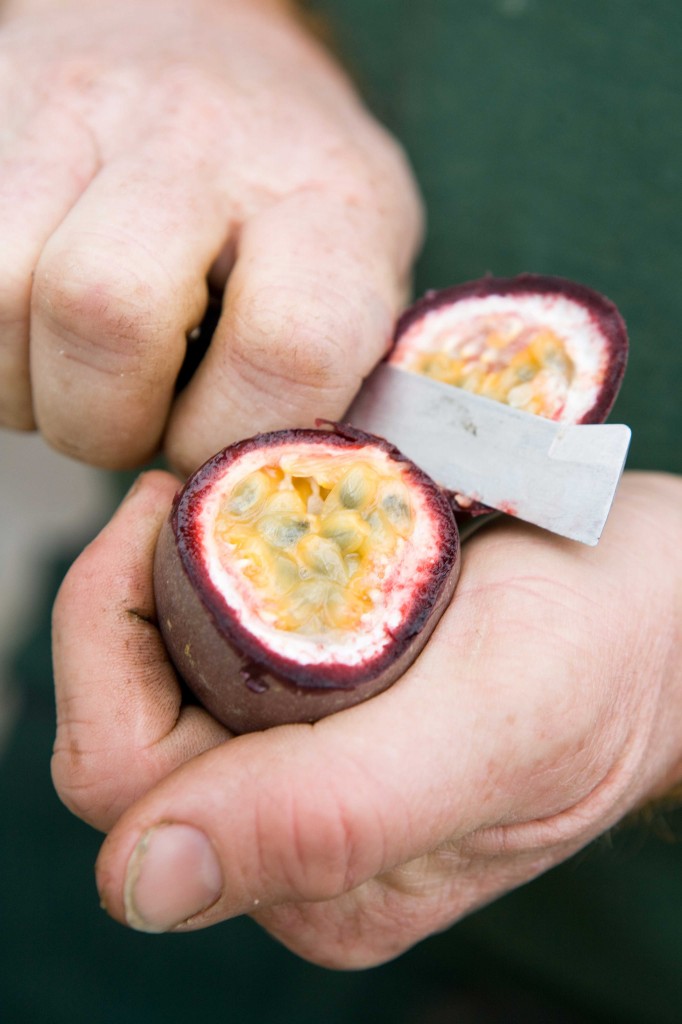 Fresh produce is grown at Harewood.

The Walled Garden is at the far side of the Lake, opposite the Bird Garden and about 20 minutes walk from the Courtyard.

It is the oldest garden at Harewood and was already under construction when building at Harewood House began in 1759. Its purpose was to provide the kitchens there with the finest fresh fruit and vegetables.

Horticultural skills of the very highest standard were nurtured there; new and exotic plants and food crops were introduced and specially designed buildings made to grow them in. It was extensively refurbished in the 1930s, with modern glasshouses replacing most of the old hothouses.

Today the Walled Garden is still a working kitchen garden growing a wide variety of both heritage and modern varieties of fruit and vegetables.

There are twelve huge beds utilising a full acre of the area within the Walled Garden and resembling a communal allotment, the layout of the new garden was designed by artist Diane Howse and comprises a series of plots varying in size with grass paths set out in such a way as to orientate the visitor around the garden.

A pavilion-type structure representing the iconic ‘shed’ is planned in the near future as the centrepiece to the garden and will become a feature attraction for visitors. Plans are also underway for a redevelopment of the Bothy building which sits beside the Walled Garden. The Gardeners used to live here in the heyday of the Walled Garden when it was an industrious place supplying the estate with everything from fresh home-grown veg to exotic pineapples and fruits fit for the finest dinners in the House.

You can taste some of the home-grown produce, picked daily for the restaurant in The Courtyard.

The Walled Garden is a also wonderful teaching resource, with regular sessions held for schools and colleges.