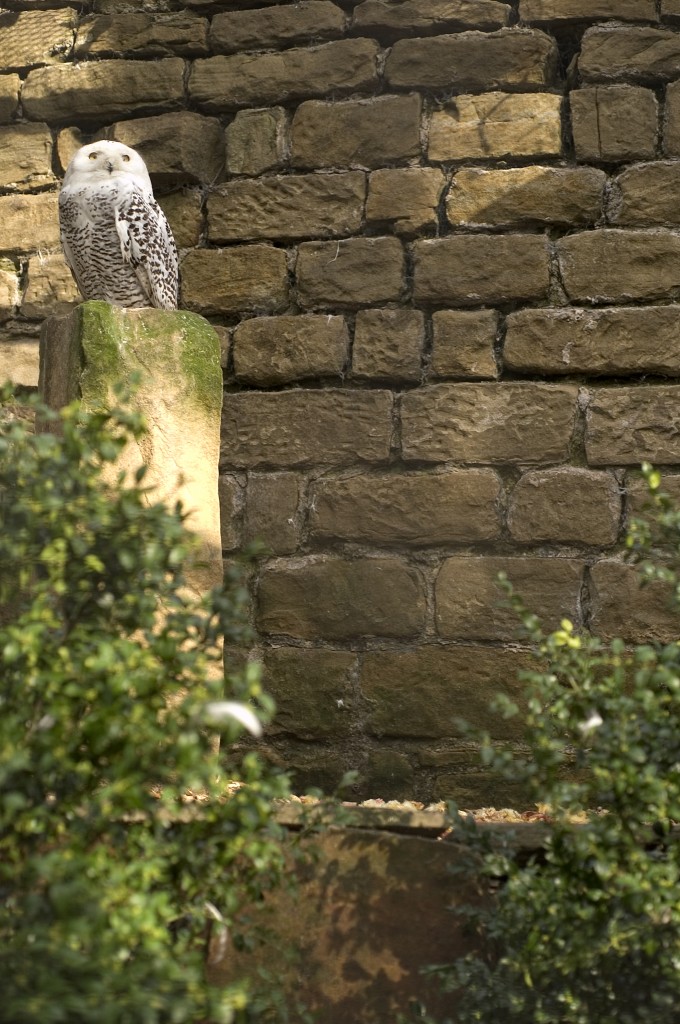 The Snowy Owl (Bubo scandiacus) is a large owl of the typical owl family Strigidae. It was first classified in 1758 by Carolus Linnaeus.

Snowy owls are diurnal which means they are active during the day and at night. Males can be almost pure white, reflecting their Arctic origins. Female snowy owls have more flecks of grey in their plumage.

This bird is well equipped for hunting. They are able to judge distance well, which helps them to catch prey in thick undergrowth and snow. Their long, black claws are between 25 to 35 mm in length and their eyes have circles of feathers around them that help reflect sound to their ears. Parents are territorial and will defend their nests against any threat, even wolves.

Snowy owls are native to the Arctic regions in North America and Eurasia.

Snowy owls live in Arctic regions. They prefer treeless, open tundra which provides suitable hunting grounds and good visibility. They sometimes remain year-round in their northern breeding grounds, but they do migrate south to ensure a good food supply. When food is particularly scarce, these birds travel great distances. They have been spotted as far south as Scotland!

These owls prefer lemmings and other small rodents, eating up to 1500 animals a year. They are patient, opportunistic hunters and prey may vary considerably, especially in winter.

Snowy owls are monogomous birds. They generally breed once a year, between May and September. Females can lay up to 11 eggs a year. If their prey is scarce, snowy owls will sometimes forgo breeding for a year.