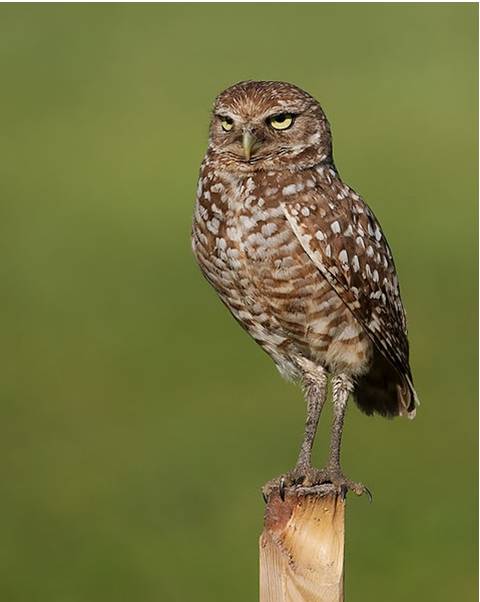 A small breed of owl, Harewood is home to this Burrowing Owl which is found in the landscapes of North and South America. 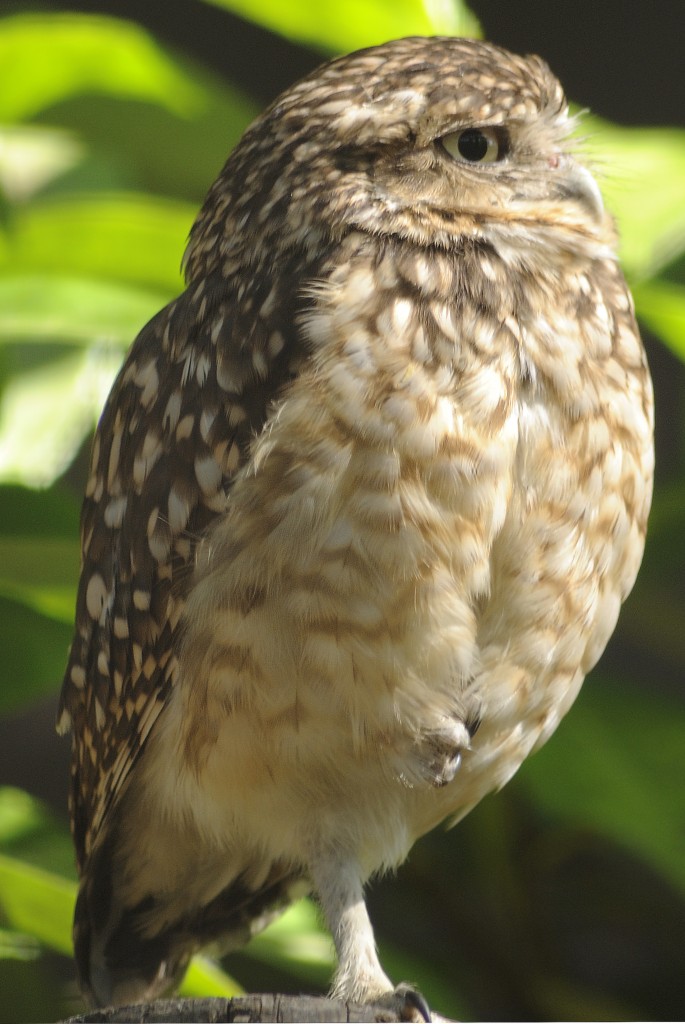 A tiny but long legged owl which can be found in grasslands, rangelands, agricultural areas, deserts, or any other open dry area with low vegetation.

Burrowing owls are often active in the day and spend most of their time on or close to the ground. They will often collect mammal waste which they place around their nests to attract dung beetles, one of their favourite foods. They are covered in brown, spotted feathers and have long legs. They have distinctive white “eyebrows” above bright yellow eyes.

Native throughout North and South America and southern Canada.

These owls are found in grasslands, rangelands, agricultural areas, deserts or any other open dry area with low vegetation. They nest and roost in burrows such as those excavated by prairie dogs.

This bird mainly eats small rodents and large insects. When hunting, they wait on a perch until they spot prey, then swoop down or fly up to catch insects in flight. Sometimes they chase prey on foot across
the ground.

Burrowing owls are so named because they build their nests underground, usually dug by other animals. Females lay up to 12 eggs and incubate them while the male brings food. Pairs of owls will
sometimes nest together in loose colonies.