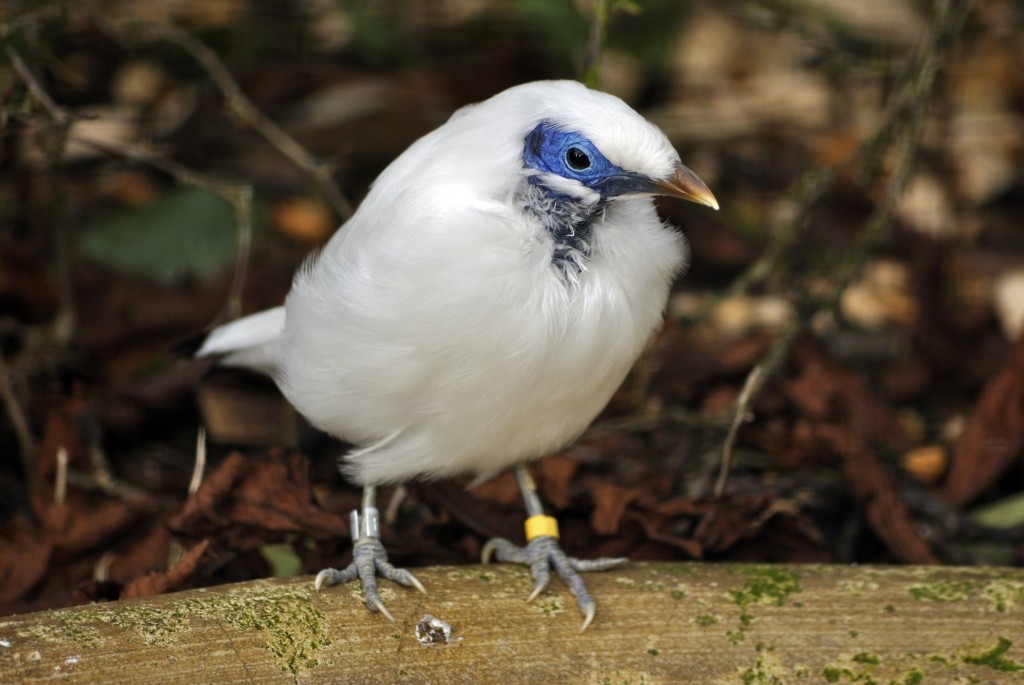 Threats in the Wild: Destruction of habitat, biological, hunting and pet trade

This spectacular starling is the national bird of Bali and has never been common.

The huge decline has been driven by illegal trapping in response to worldwide demand for the cage-bird trade. Conservation efforts have been hampered by the theft of captive breeding populations.

Where in the World

The Bali Starling is native to the Island of Bali, Indonesia.

This bird is found in dry, open lowland forests.

This starling is omnivorous which means they like seeds, fruit and insects. Larger fruits such as figs and papaya are sometimes consumed.

In the breeding season (usually October and November) the Bali starling uses cavities excavated and vacated by other birds to build their nests. They will also nest in sugar palm, coconut and fig trees.