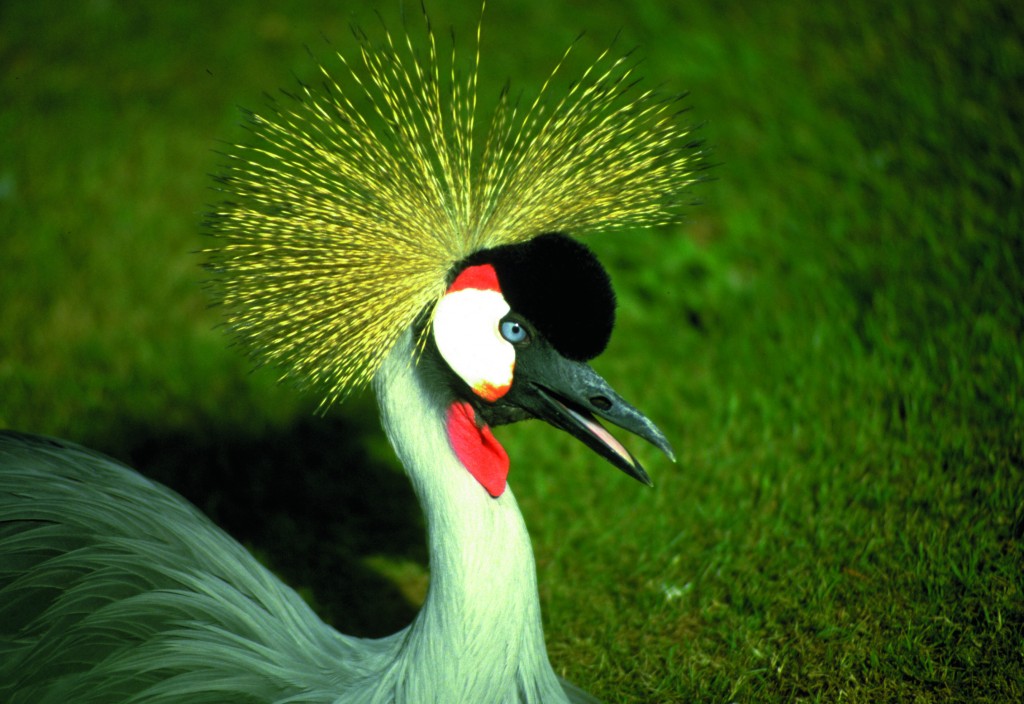 Threats in the Wild: Destruction of habitat, farming, hunting and pet trade

This subspecies of the grey crowned crane is the national bird of Uganda and appears on the national flag. The bird’s distinctive gold crown of feathers and red throat are common in both male and female cranes and their long legs are perfect for walking through the long grasses of their wetland habitat.

Classed as a vulnerable species on the IUCN Red List, their rapid decline in numbers is largely due to human interference, with their wetland habitats destroyed to make way for development of farmlands.

Native to countries in southern Africa.

This crowned crane is native to the wetlands and grasslands of eastern Africa. They forage for food in the tall grasses and build their nest in trees.

The crowned crane spends its whole day looking for food amongst the grassland. It enjoys a diet of plants and seeds, as well as insects, frogs and small rodents.

Crowned cranes are monogamous and will bond for life. Both male and female cranes display elaborate mating dances during breeding season and once paired they will build a nest together in secluded areas. Females will lay up to four eggs and both parents will take turns to sit on the nest. The chicks hatch after 30 days. Crowned cranes become fully mature after two years and can live for up to 40 years.