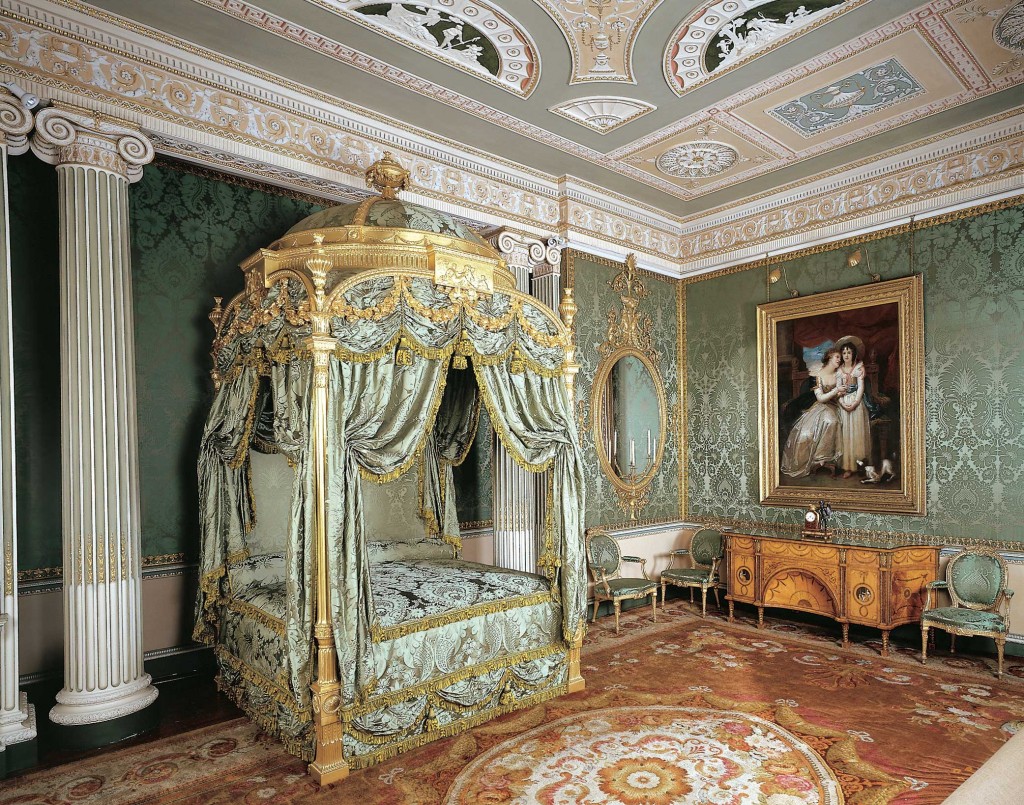 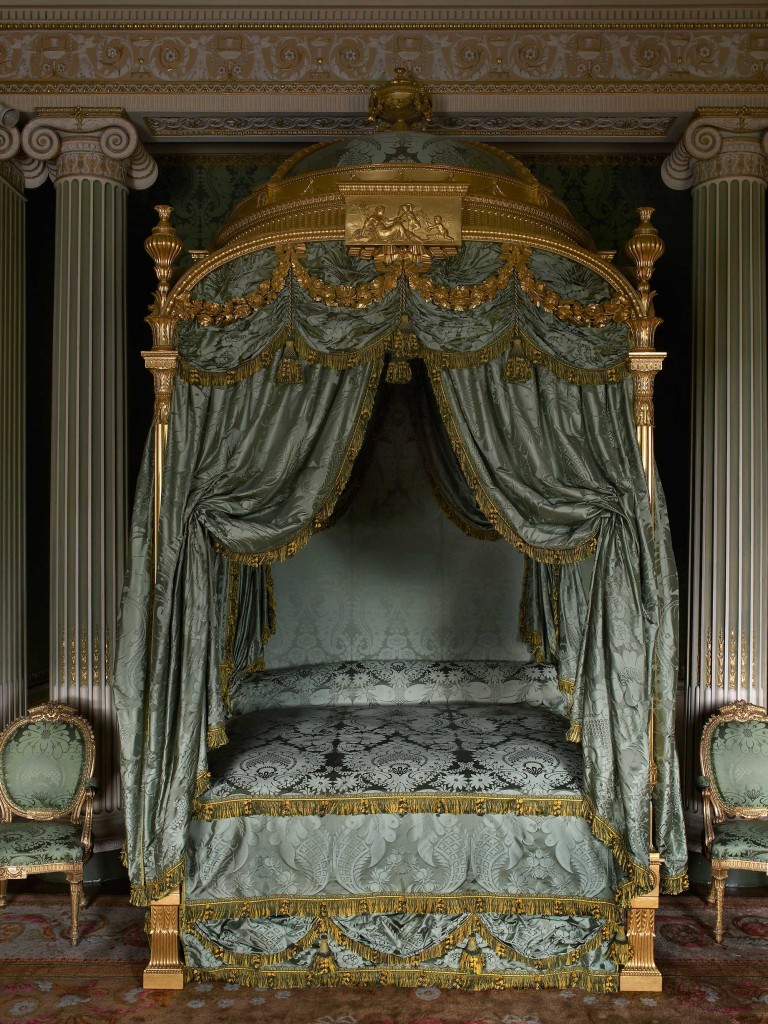 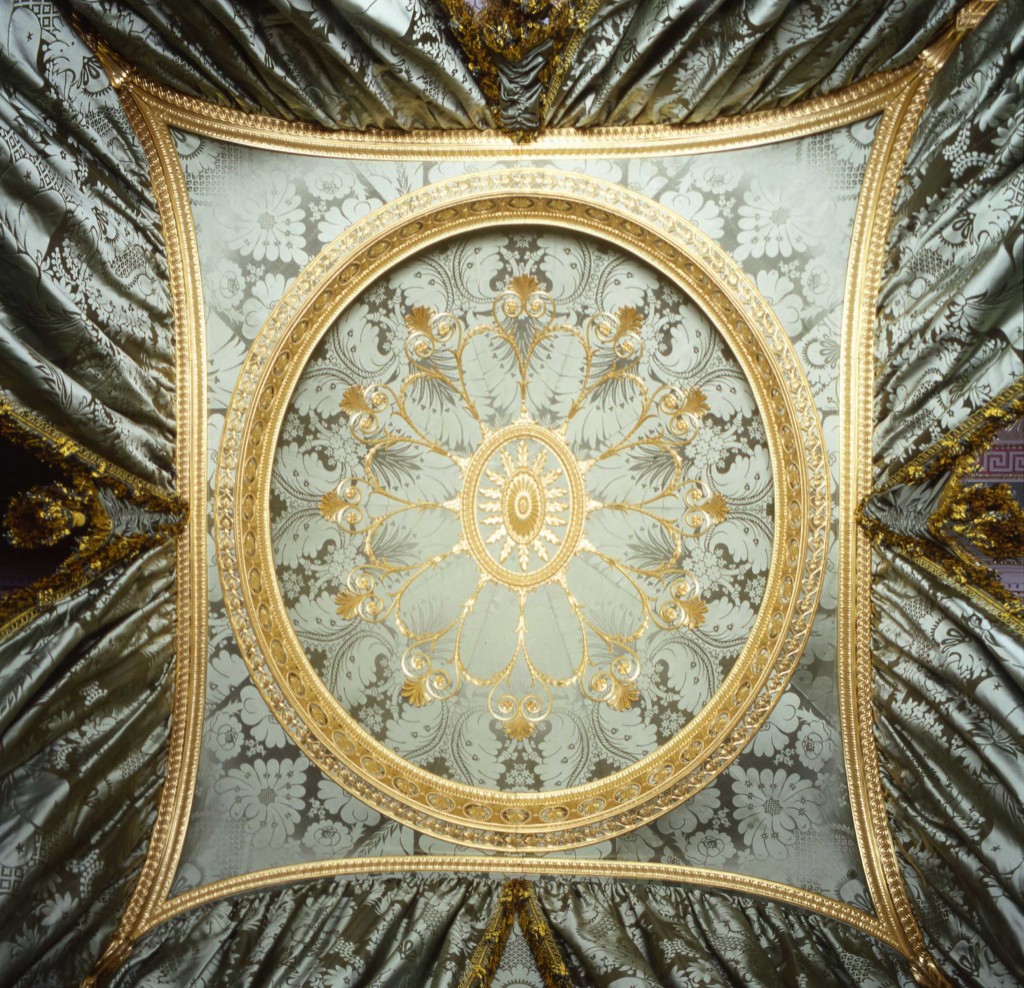 Every inch of the State Bed oozes quality. This panel is housed beneath the silk canopy. 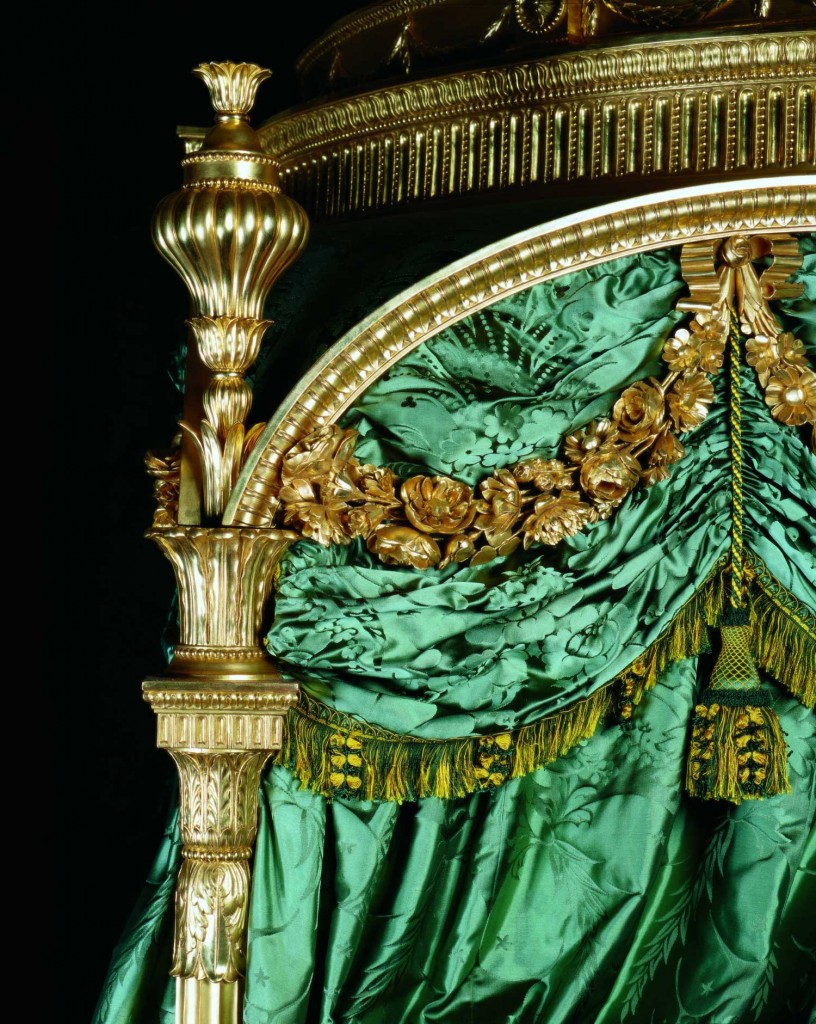 Covered in gold leaf with silk drapes, the State Bed at Harewood is a tribute to Chippendale's craftsmen. 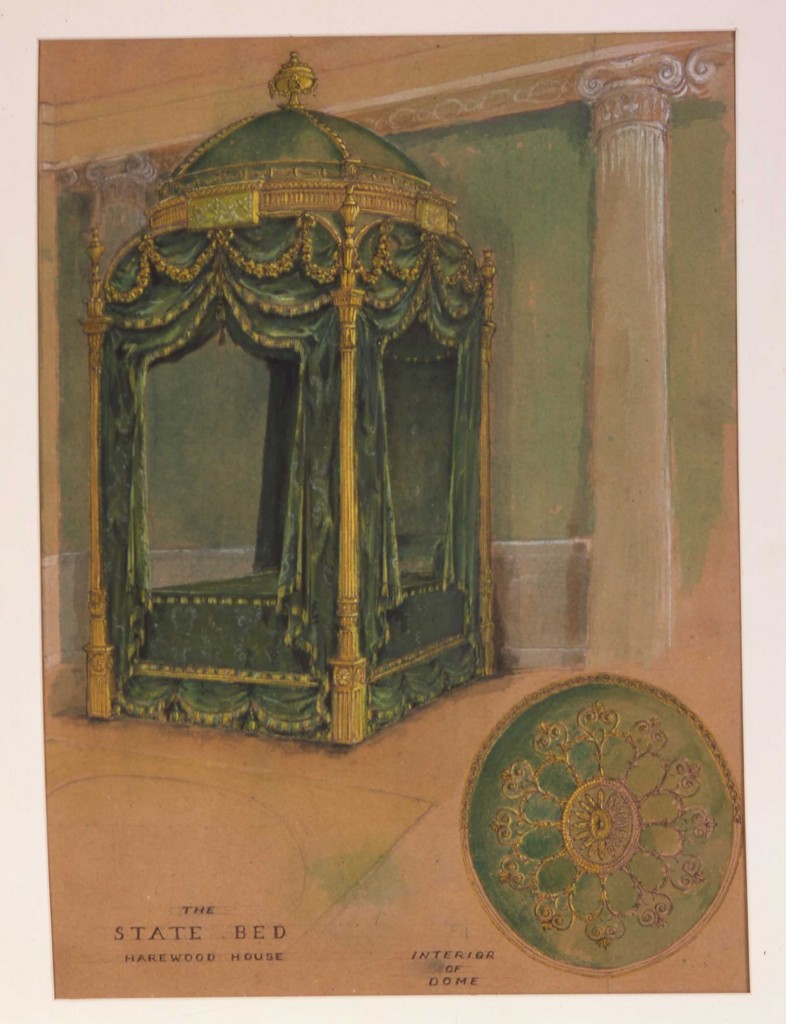 Here you can see original drawings of how Chippendale intended the State Bed to appear. The careful restoration of this piece has brought it back to its former glory. 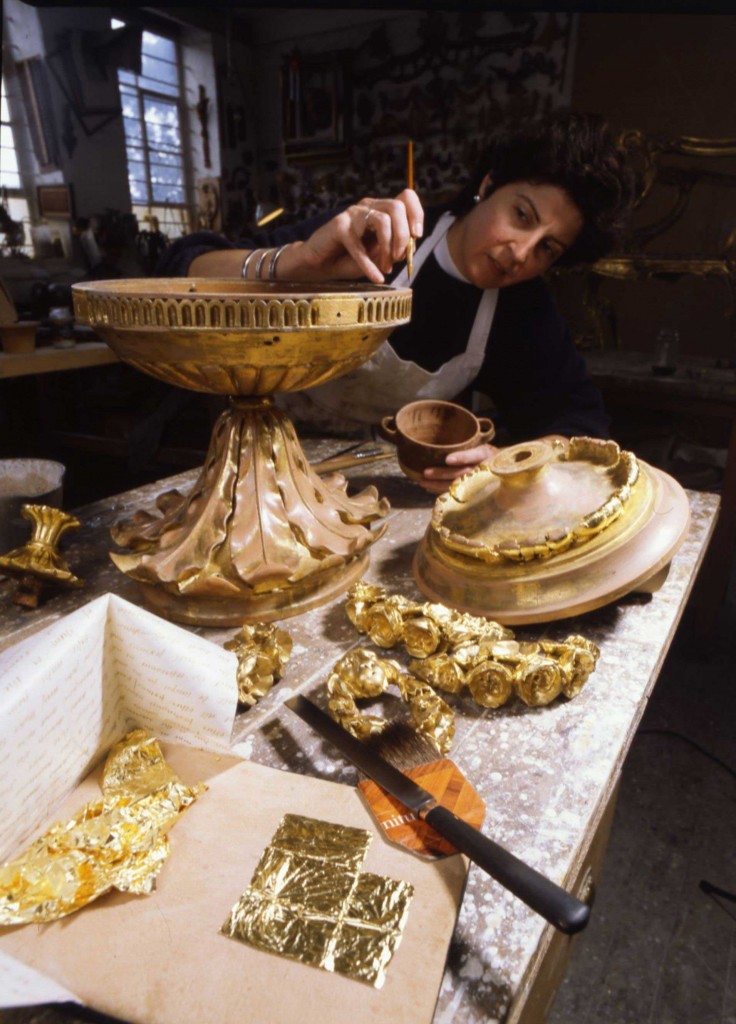 The painstaking restoration of the State Bed took over a year to complete. 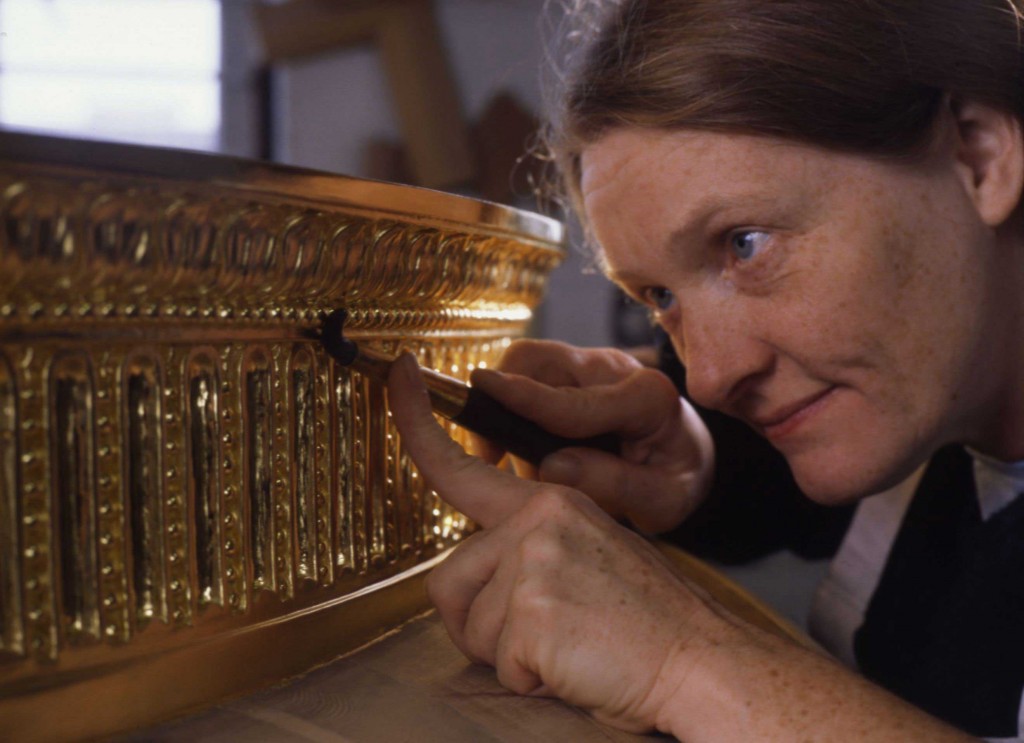 Gold leaf covers the wooden structure of the State Bed. Here you can see the careful attention to detail that was paid during the restoration 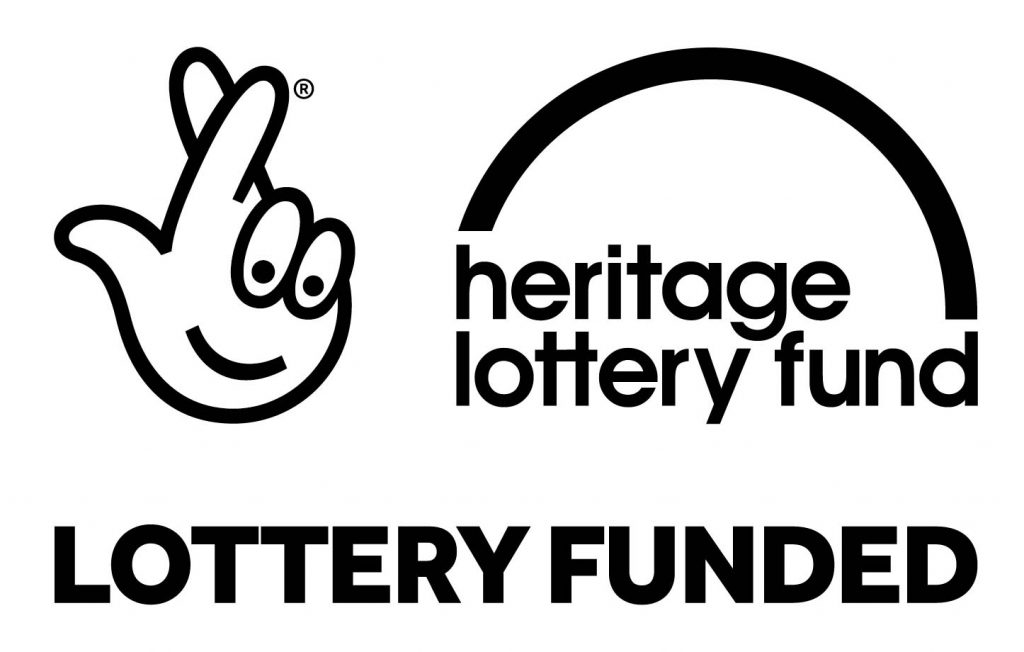 The bed supplied in 1773 by Chippendale cost £250. The three mattresses, bolsters, linen and decorative fringes cost another £150, which makes it one of the most expensive pieces of furniture ever supplied by Chippendale. It is a towering architectural construction of intricately carved and gilt wood, draped with exquisite green silk damask.

The State Bed was restored in 2000 with the aid of a grant from the Heritage Lottery Fund. It originally stood between Ionic columns in what was then a far deeper recess. However, when in the 1840s Sir Charles Barry came to Harewood to modernise the House at the request of the 3rd Earl and Countess, he dismantled the bed and reduced the alcove by three feet, putting a service passage behind. The room was turned into a sitting room for the Countess. Until its restoration the bed had languished in boxes in the Estate workshops. A fragment of silk was found inside the dome, and this was used as the pattern for the silk damask you now see on the walls, bed and six chairs in the State Bedroom.