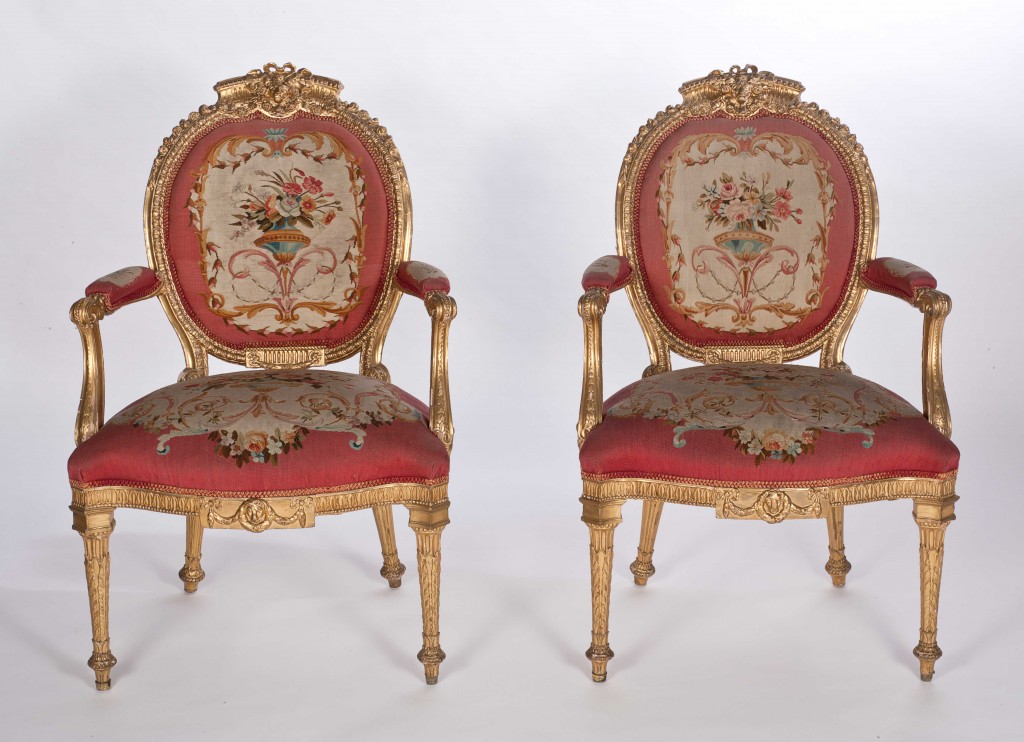 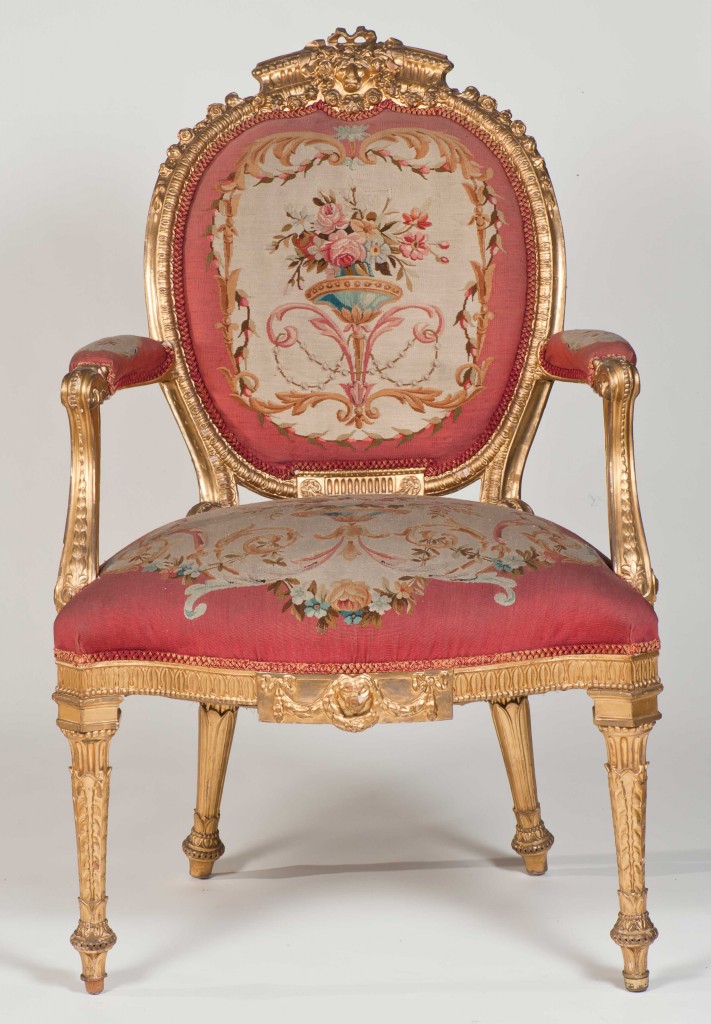 Delicate pink chairs designed by Chippendale for The Music Room

One of a set of eighteen George III giltwood open armchairs by Thomas Chippendale.

Originally gilt and upholstered in green silk damask. They were invoiced on November 12 1773. Six of the chairs were intended for the State Bedroom and were described as: “6 Cabriole Armd Chairs very richly Carved in the Antique Manner and gilt in Burnished Gold Stuff’d & Covered with your Damask £60 – -“. The remaining twelve were intended for the State Dressing Room and were described as “12 rich Carved Cabiole Armed Chairs gilt in burnished Gold, Covered and finished as the others £120 – -“. In 1851 the whole suite, including the two sofas and a pair of bergeres from the Yellow Drawing Room suite, was re-upholstered with Aubusson tapestry by George Trollope & Sons, who called themselves “Cabinet-makers, decorators and upholsterers”. 12 of the set still retain this tapestry upholster, 6 have been recovered with green silk damask.