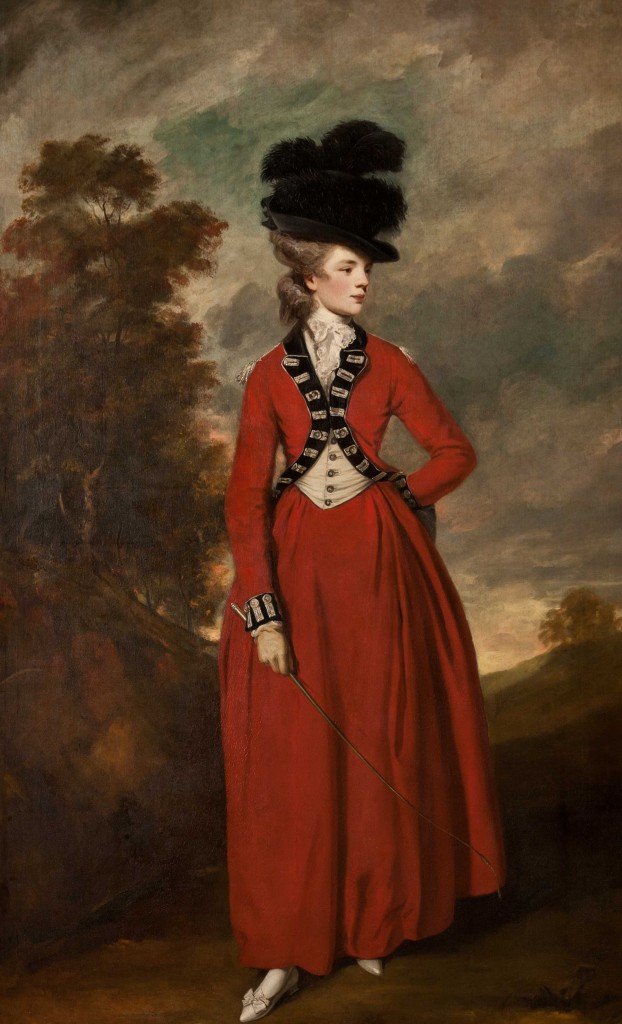 A beautiful work by Joshua Reynolds in the Cinnamon Drawing Room 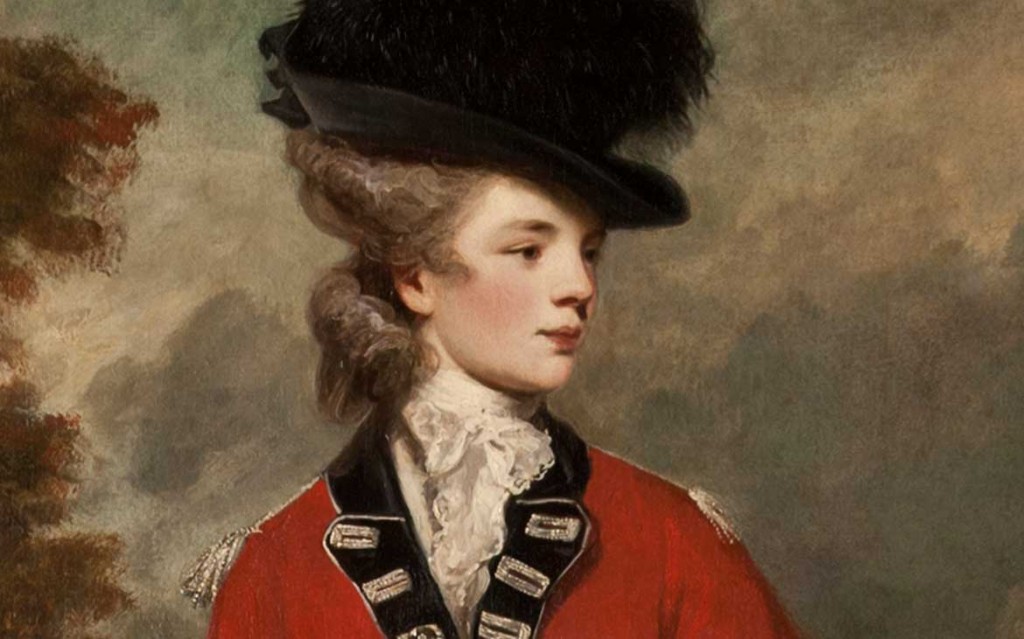 Full length oil of Lady Worsley by Joshua Reynolds, painted as one of a pair alongside a full length of her husband Sir Richard Worsley. Depicted in riding habit adapted from the uniform of her husbands regiment, the Hampshire Militia, of which he became Colonel in 1779.

Seymour Dorothy Fleming, daughter and co-heiress of Sir John Fleming, married Sir Richard Worsley on September 15, 1775. The marriage however was not to last.

In 1781 Lady Worsley eloped with George Bissett, a Captain in the South Hampshire Militia, hoping that her husband would initiate divorce proceedings. Instead, Sir Richard brought a case of ‘criminal conversation’ against Bissett, suing him for damages of up to £20,000.

There followed a trial in which Sir Richard hoped to prove that damage to his wife or “unlawful sexual intercourse” had taken place, in which various witnesses were called to testify including servants and hotel staff who may have witnessed the elopement. Although Sir Richard looked to have a strong case, Lady Worsley resolved to prove that she was unworthy of this large sum by exposing the secrets of her marriage and her husband’s voyeuristic tendencies. The defences’ intention was to demonstrate that Sir Richard’s property had been damaged long before Lady Worsley’s affair with Bissett, and secondly that Sir Richard was partly to blame for her conduct by encouraging and even exciting in her behaviour.

A number of Lady Worsley’s lovers were called to the stand to give evidence of their relationships, but a clinching piece of evidence came from a woman who worked at a bathhouse in Maidstone. She claimed that Sir Richard had helped Captain Bissett spy on Lady Worsley whilst undressing in the bathhouse, allowing him to climb onto his shoulders and peer through a window. The Jury awarded Sir Richard only one shilling.