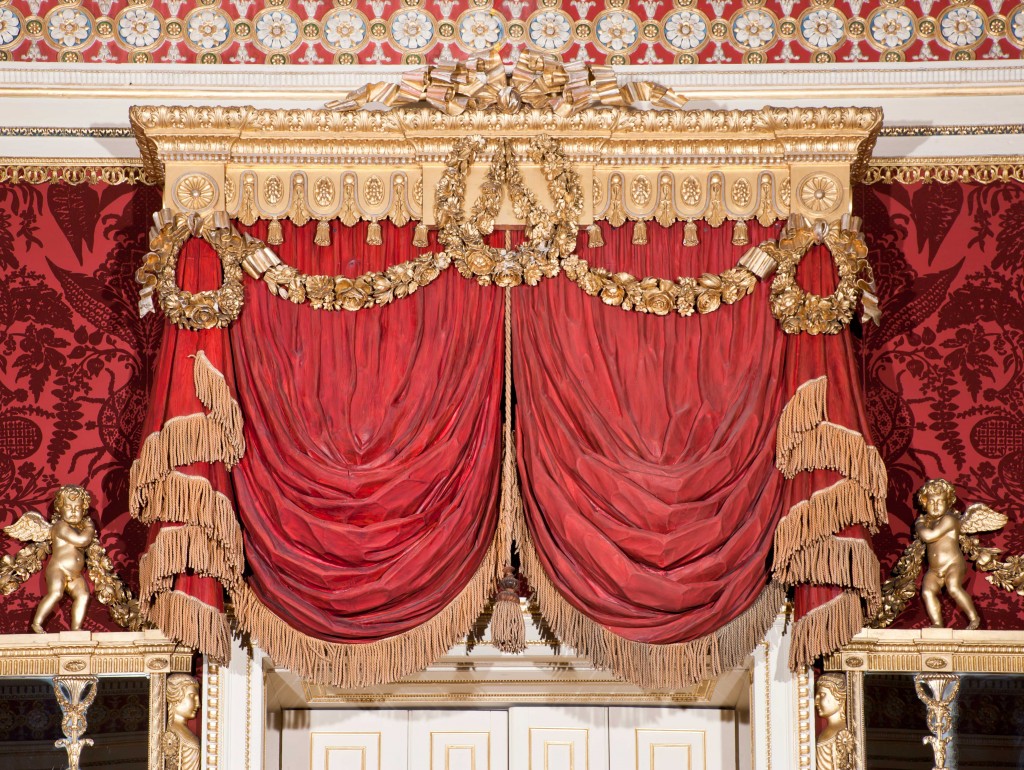 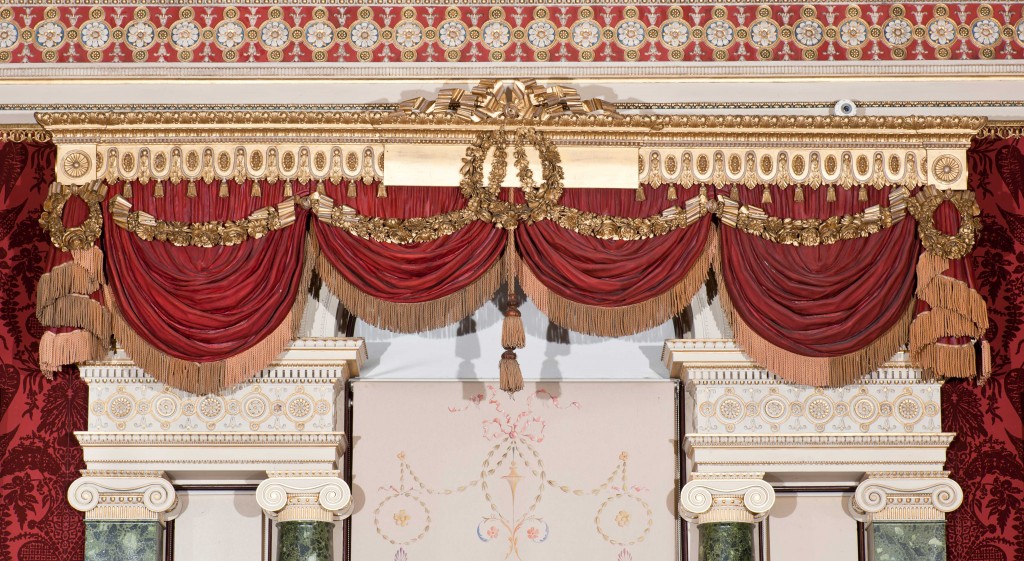 A set of seven George III carved giltwood and painted pelmets by Thomas Chippendale the Younger, Chippendale’s crowning achievement in The Gallery. The wood imitates heavy red fabric with gold fringe and were intended to be the only curtains in the room. They are a true credit to the master craftsmen who furnished Harewood.

Made c1780 these mock festoon curtains painted and carved in pine by either Chippendale the Elder or Younger were described by John Jewell in his Tourist’s Companion of 1819 as ‘rich mock curtains, hanging in festoons, and apparently ready to let down at pleasure . . . are formed of wood, carved and painted under the direction of Mr. Chippendale’. Which ‘Mr. Chippendale’ Jewell refers to remains uncertain as it is probable that Thomas Chippendale’s son worked in conjunction with his father during the latter years of the commission.