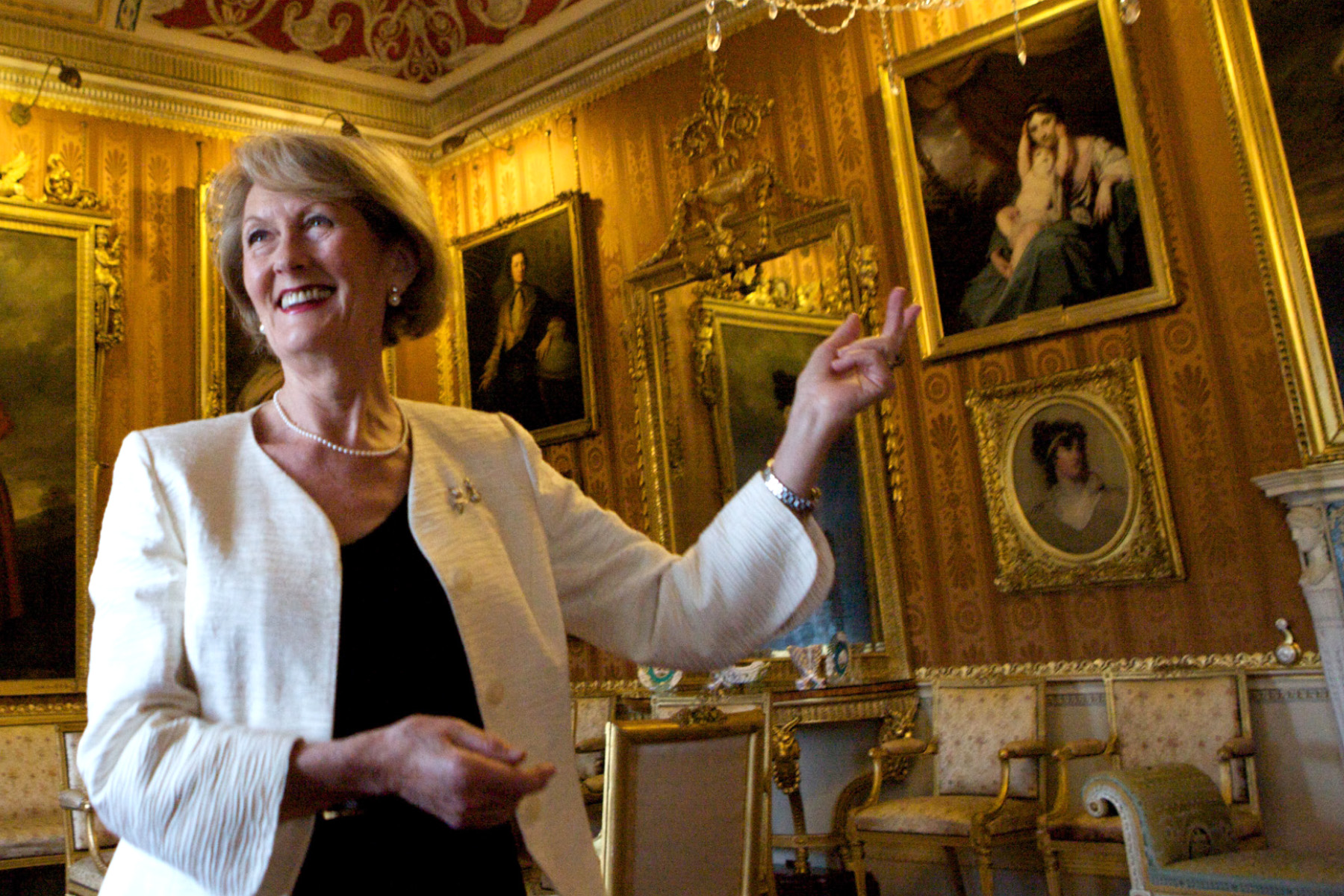 Whilst places like Harewood are built in stunning surroundings, feature beautiful architecture and remain as awe-inspiring as they always have, there’s one thing that truly makes a place – its people.

Harewood is blessed with its volunteers and staff members, some who not only love Harewood but make everyone else love it to, and the Trust was particularly saddened this week to learn of the passing of one such person who had a gift to draw people into Harewood’s magic – Susan (Sue) Sharpe who sadly passed away at the end of January.

It’s fair to say that Sue led a fun and rather glamorous life. Her late husband was the former England cricketer Phil Sharpe, and she herself was an ‘Air Hostess’ (she’d never allow the term cabin crew) in the air industry’s hey day – a role where she could excel by combining her welcoming charm and witty personality in huge style with great aplomb. 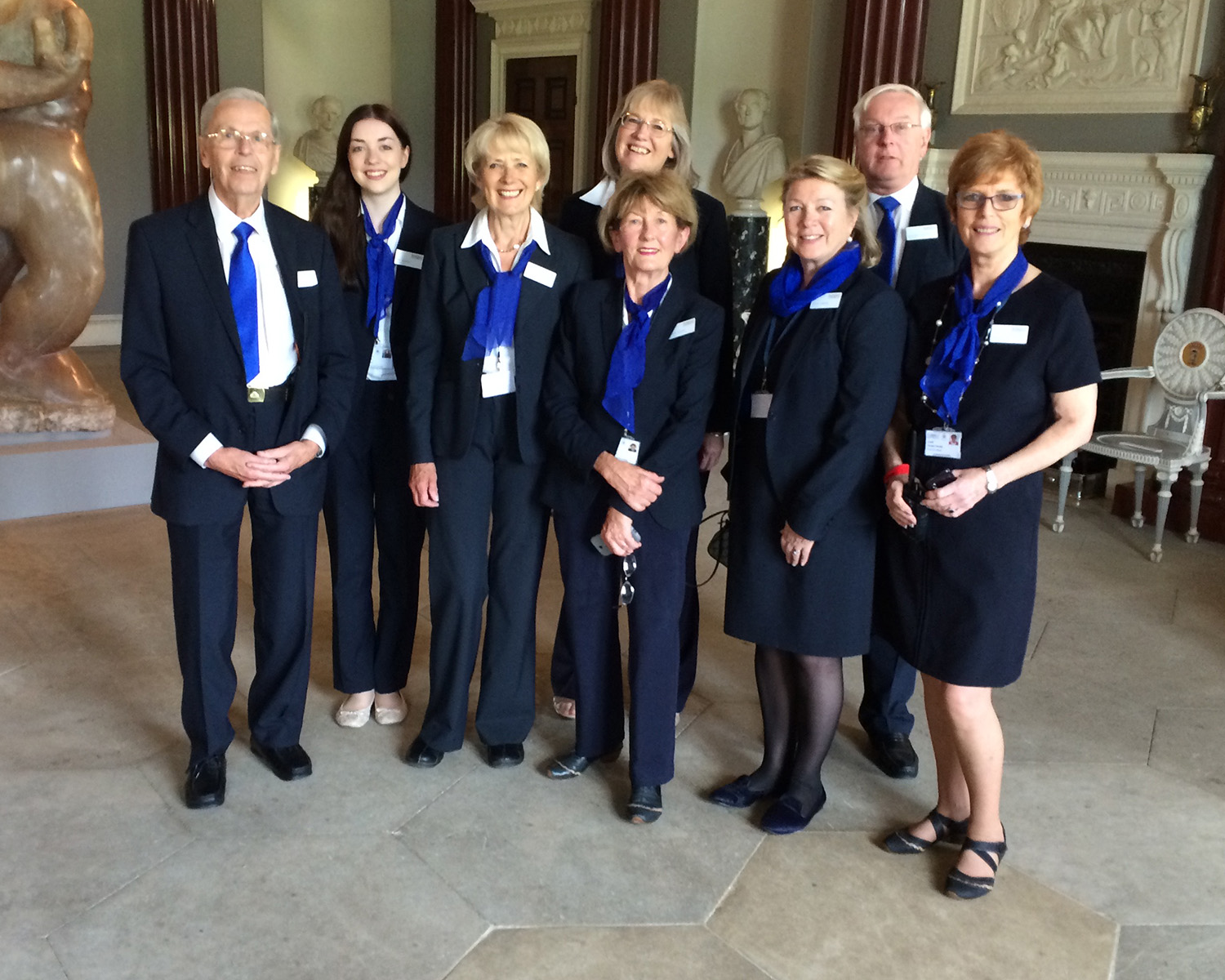 A chance occurrence in 2007 bought her into Harewood’s fold. Whilst visiting the House as a potential venue for her daughter’s wedding, she was unable to see one of the rooms due to interviews taking place for House Steward positions. Having told her husband Phil, he remarked that the role would have been right up her street, to which Sue picked up the phone to ask if she was too late. Of course, she wasn’t too late, and even if she was it’s fairly certain she would have talked whoever answered the phone around – the rest is history.

For many Harewood Members and visitors Sue was such a recognisable figure and someone who was repeatedly mentioned in visitor comments with overwhelming warmth and thanks. Latterly she was often based in Harewood’s Old Kitchen, where not a soul could pass without Sue learning part of their life story intermingled with a totally effortless imparting of Harewood knowledge. Everyone left Sue’s presence not only feeling that they had learned something new, but also like they’d made a friend. Sue became renowned amongst the team for causing visitor congestion because she’d engaged so many people in conversation or because she’d started a free impromptu talk, but not a soul could’ve minded waiting as by the time they reached her she would soon envelop them with her warmth. Sue was also part of Harewood’s tour team – needless to say a short introduction to the House would be an hour and a half minimum. 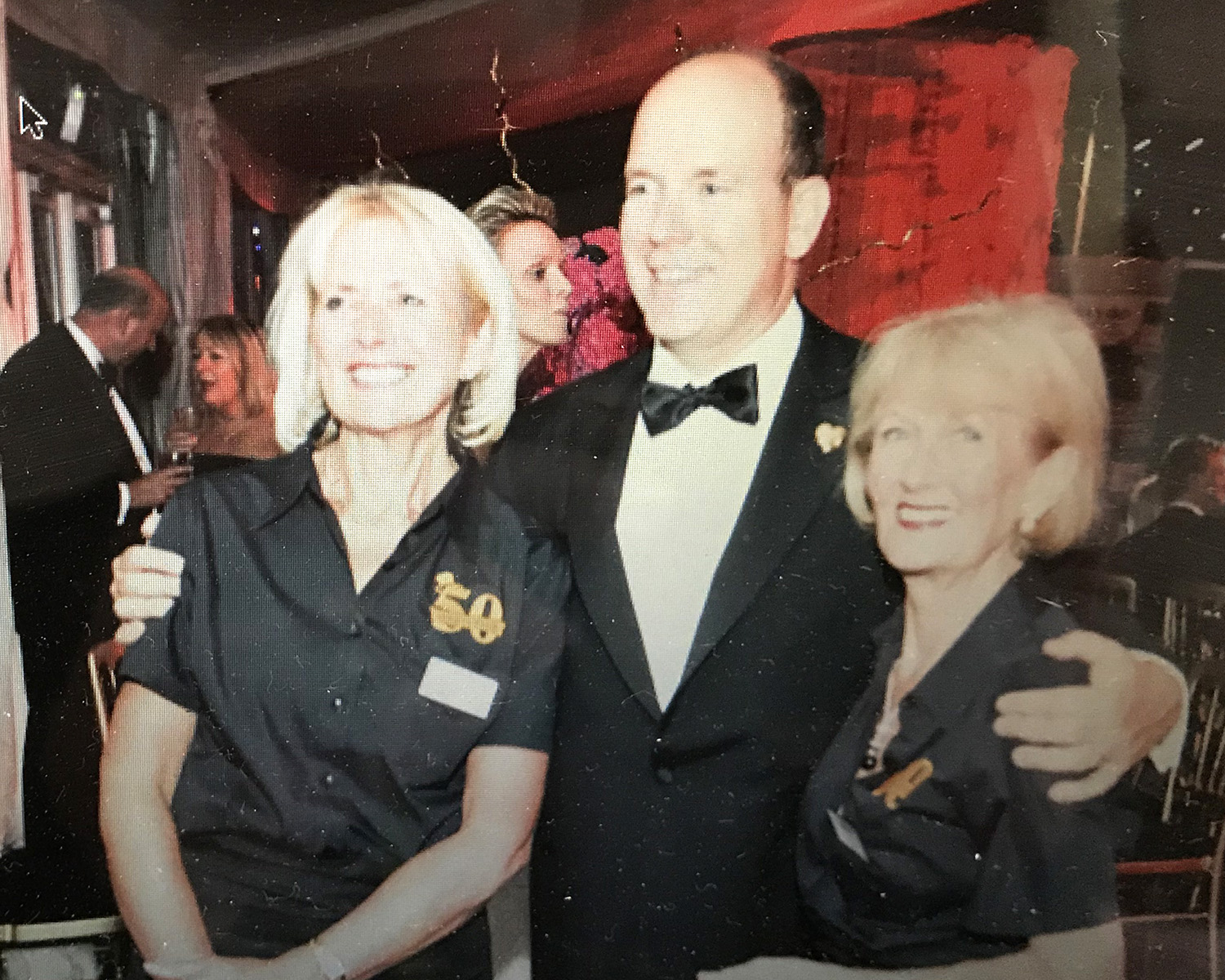 Sue didn’t just bring the House alive to general visitors either, she often helped with education projects (a true Jackanory) or at events (meeting the Prince of Monaco being a particular career highlight for her), she volunteered in several roles and whenever there was an opportunity to learn more or be involved she would grasp it.

The staff loved her too, and Sue loved them, taking a keen interest in everyone and never forgetting a soul. She had a way of getting away with things that no one else ever would – hiding a tea thermos under her chair, arguing a point without you even noticing, writing her Christmas cards whilst on duty but in a way that you’d think it was part of the visitor experience.

Her generosity knew no bounds too, not least with her time. Her time was her gift to everyone, and sharing a moment with Sue made you feel special. Harewood will be forever in her debt and she will be sorely missed. Our thoughts are with her family – daughter Catherine and nephew Fergus who himself now works for Harewood House Trust too – and all her dear friends.

Sue’s family have set up a Just Giving page, in thanks to St Gemma’s Hospice for the care and comfort they gave Sue.

With thanks to Jackie Gascoigne & Aileen Larsen for helping to compile this tribute, and the many who have sent their memories and condolences to the Trust. 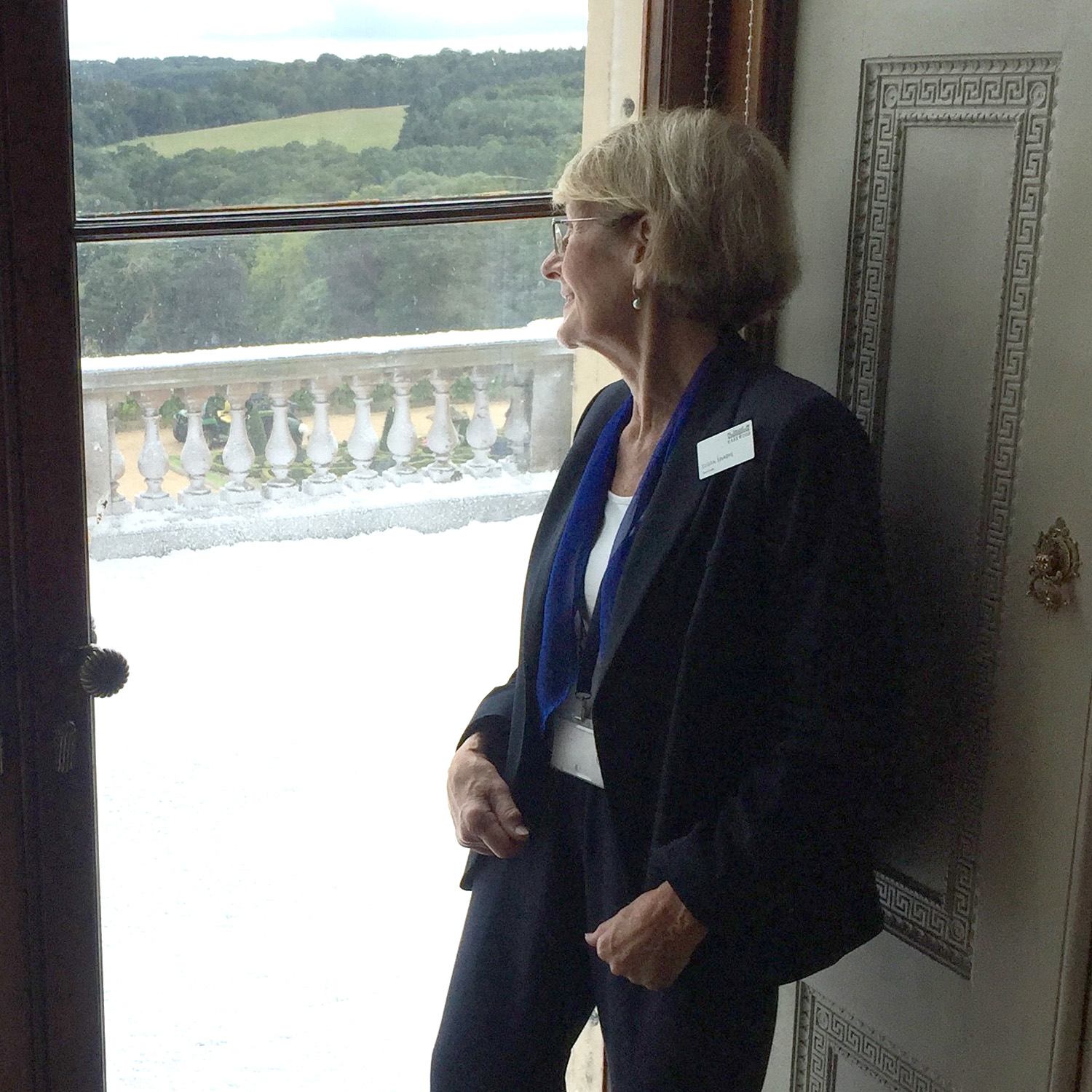