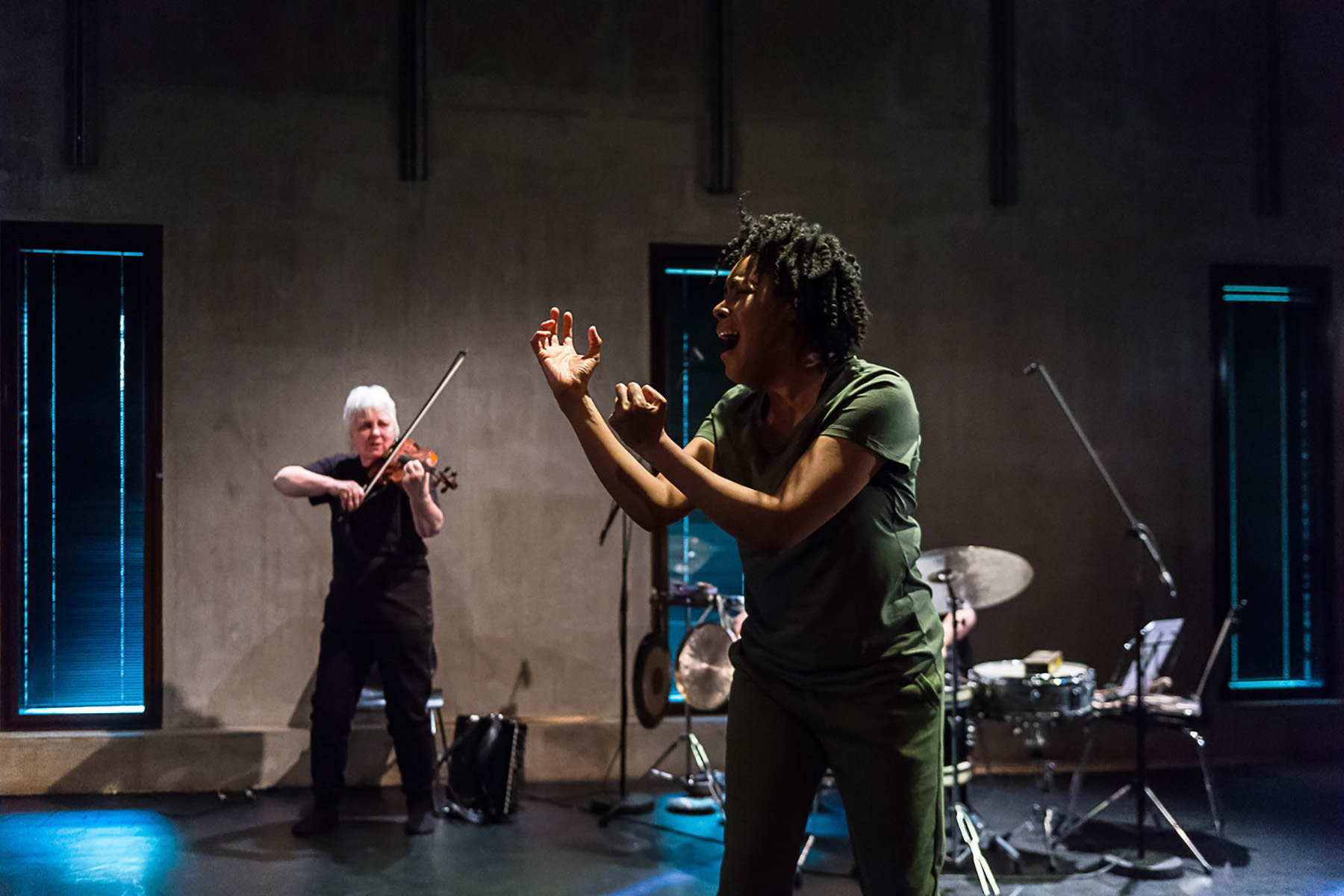 In this blog, Elaine Mitchener – vocal and movement artist – reflects on her work Sweet Tooth, written using material from Harewood’s archives and inventories from Edwin Lascelles’ sugar plantations and the enslavement of people of colour.

Sweet Tooth is an experimental music theatre piece, which deals with the historical links between sugar and slavery using text, improvisation and movement, to stage a dramatic engagement with the brutal realities of slavery as revealed by the historical records of the sugar industry, and to reveal its contemporary echoes.

The work was premiered in November 2017 and commissioned by Bluecoat, Liverpool’s centre for the contemporary arts, in partnership with the Stuart Hall Foundation, London, and the International Slavery Museum. It was later broadcast on BBC Radio 3’s Hear and Now programme on 30 December 2017.

Sweet Tooth marks the culmination of five years of research into our love of sugar and the historical links between the UK (also Europe) sugar industry and the Transatlantic Slave Trade.

During this period, I researched in the archives of Harewood House in Leeds, which was built by 18th-century plantation owner Edwin Lascelles, and invited University of Southampton historian Prof Christer Petley, Senior Lecturer in History University of Southampton and an expert in the history of slavery in the Caribbean to be an historical consultant on the project.

Some of that material, such as inventories at Harewood, also those discovered in Jamaica by Petley of more than 2,000 enslaved Africans owned by Samuel Taylor, another 18th-century British sugar baron, provided the basis for the dramaturgy of Sweet Tooth.

Running in parallel with this historical research, an intensive period of artistic development culminated in 2016 in two residential workshops at the University of Southampton and Aldeburgh Music, during which I brought together a trio of experimental musicians – saxophonist Jason Yarde, percussionist Mark Sanders and multi-instrumentalist Sylvia Hallett – and Vietnamese-American choreographer Dam van Huynh as movement director, to collaborate on the production of Sweet Tooth.

For me, the challenge was how to present the material in a way that was true to the realities of slavery, without it feeling gratuitous or exploitative. Empathising with the material and improvising responses to it, the input of the musicians and choreographer was crucial to this process. 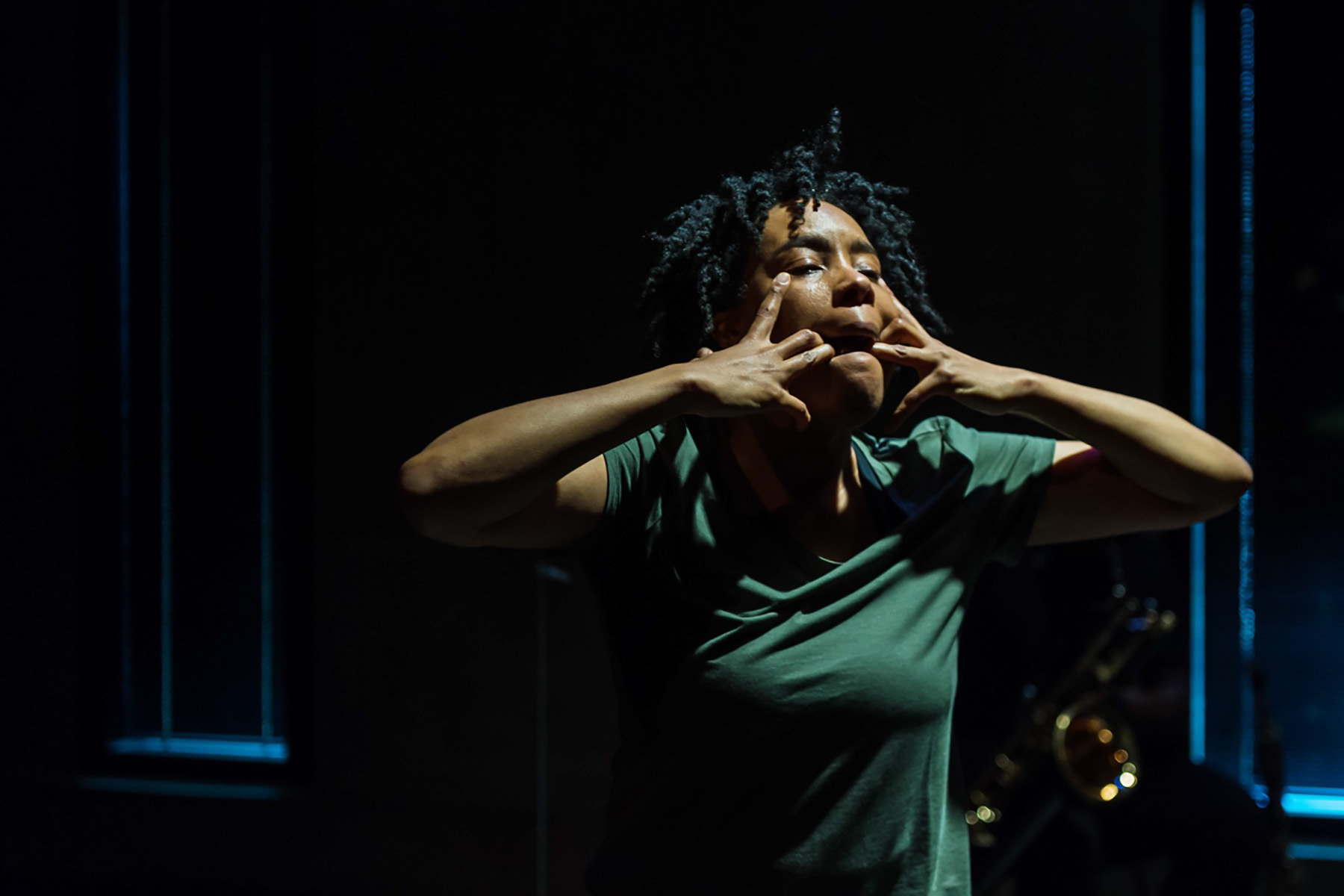 I was born in the East End of London to parents who’d migrated to the UK from Jamaica in the 1960s. Like many Black British people, my ancestry includes enslaved Africans, sold by Africans to British traders to work on sugar plantations in the Caribbean and Brazil. Sweet Tooth is my attempt to make sense of that fact, and to honour the memory of my ancestors who were forced to live and work in appalling conditions in order to satisfy our desire for sugar.

Sweet Tooth is a deeply personal project, not only about Black history, but as an important chapter of World history and the pivotal role Black people have played in shaping it. Slavery is not just a traumatic episode that happened 400 years ago, something that we can now view dispassionately through a historical lens. Modern day slavery is a reality that continues to afflict millions of people across the world. The present-day legacy of slavery’s historical trauma cannot be underestimated.